Alex Dovbnya
On today’s episode of ‘Keeping Up with John McAfee,’ you will hear about political ambitions and Dominican adventures of the eccentric crypto baron 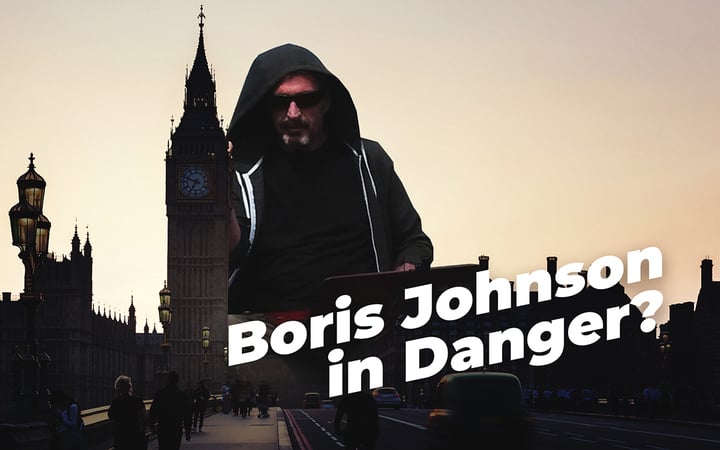 John McAfee keeps his one million Twitter followers well-entertained by announcing his intention to become the UK Prime Minister and the US President at the same time.

Prior to that, the septuagenarian posted a photo of what appears to be his second jail stay in one week.

My second arrest in one week - a record I think. pic.twitter.com/wOQ99nWGYC

As reported by U.Today, McAfee was freed from his confinement on July 24 in the Dominican Republic. That took place just one day after his sudden disappearance sparked the #FreeMcAfee campaign.

Crypto tycoon John McAfee has recently taken to Twitter to share more details about this arrest after posting some photos from his prison cell.

McAfee was allegedly arrested for keeping high-caliber weapons on his yacht. The millionaire himself claims that his adventures in the Dominican Republic are ’too complex’ for Twitter, but he tried to provide a quick explanation.

I was jailed, with @theemrsmcafee and our crew, for all but 1 hour of our visit to the D.R. The story is too complex to quickly tell, but in a nutshell, the Authorities deeply suspected that I was actually John McAfee.
. pic.twitter.com/MVFTuABXhK

Now, in his latest tweet, McAfee explains that he’s eligible to become the UK PM since he was born on an American Army base in England. He’s currently heading to London for some obscure reason.

Can a person run for, and be, President of the United States and Prime Minister of Great Britain simultaneously? Yes. Absolutely. Without question. But I believe I am one of the few people stil alive who could qualify for the combined position. pic.twitter.com/953oWjhyHu

And.... oddly enough .... @theemrsmcafee and myself will be in London tonight if any of you British folks would like to dissuade me from embarking upon this madness.

U.Today reminds its readers that McAfee is also running his presidential campaign in the US, but he doesn’t mind ruling both superpowers since it’s legally allowed to do so.