‘I Was Well Treated’: John McAfee Finally Re-Emerges on Twitter After Being Released from Confinement 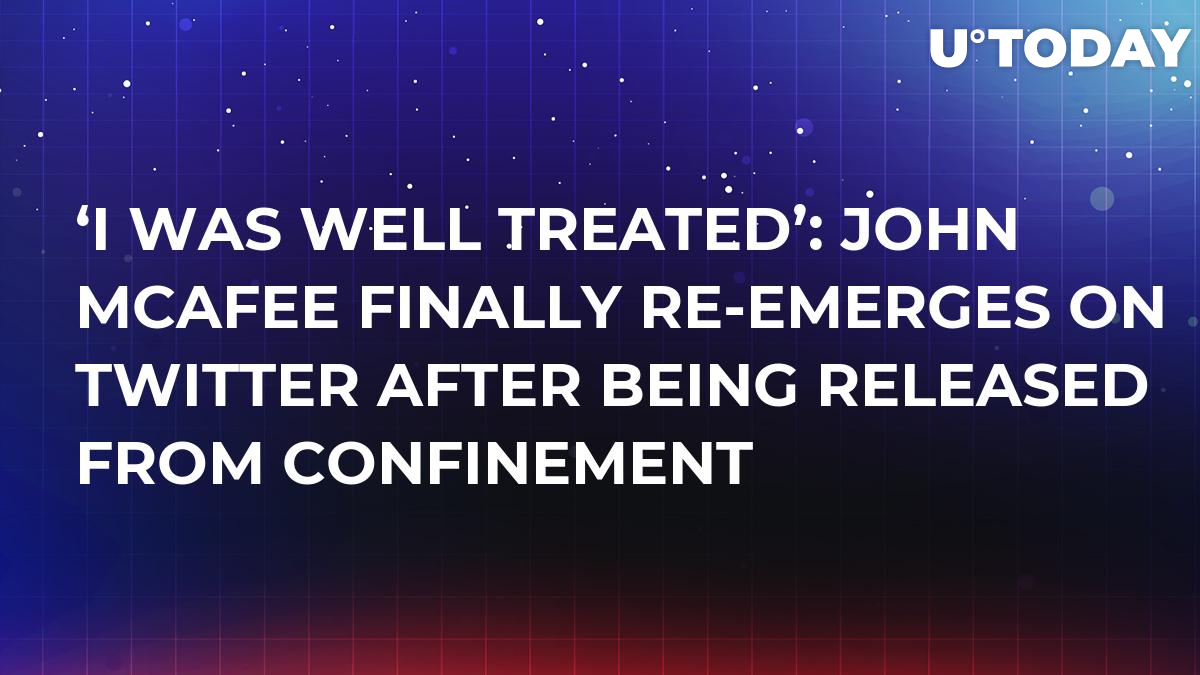 Crypto baron John McAfee has broken his radio silence on Twitter, claiming that he was released from detention in the Dominican Republic. He says that the local authorities treated him well during his four-day confinement.

Leaving detention (don't judge my looks - four days of confinement). I was well treated. My superiors were friendly and helpful. In spite of the helpful circumstances, we've decided to move on. More later. pic.twitter.com/V4539uYCHR

According to The Associated Press, McAfee and his crew members were taken into custody for carrying ‘military grade’ weapons on their yacht.

As reported by U.Today, McAfee has gone missing for multiple days. His campaign manager took over McAfee’s Twitter during his absence to provide more than one mln followers with numerous updates.

Update via @Loggiaonfire : I have spoken with John over the phone and can confirm their safe release. They are underway to a new location, but have been forced to leave The Freedom Boat for now. John will be assuming control of this account again after travel. #FreeMcAfee

Still, there was a lot of confusion in the air prior to McAfee’s release.