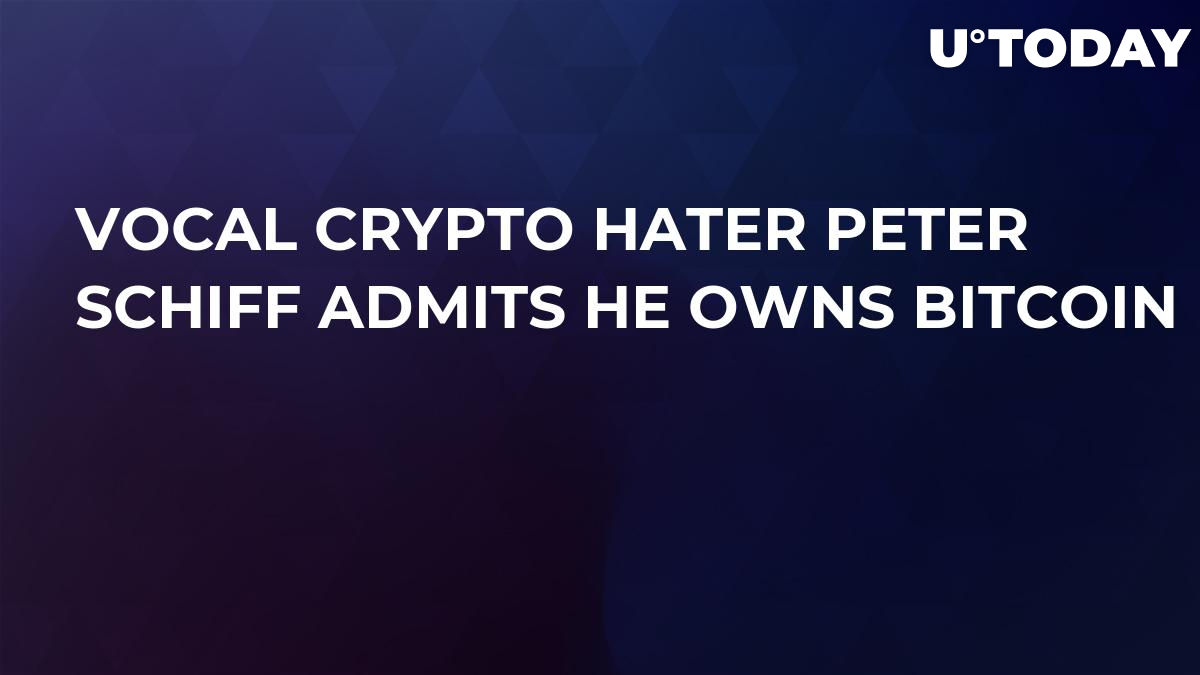 Peter Schiff, CEO of Euro Pacific Capital, recently made a stunning revelation that he does own some Bitcoin despite his harsh criticism of the world’s largest cryptocurrency.

According to Schiff, his Bitcoin holdings are rather meager, but there is actually no way to prove it.

The vocal Bitcoin hater @PeterSchiff recently admitted that he actually does own some Bitcoin.

Never listen to what they say, always watch what they do with their money!

The fact that even Schiff owns some Bitcoin made anyone question whether he genuinely hates crypto. After all, him constantly trashing Bitcoin might be just another attempt to lower its price in order to accumulate more digital gold.

After all, Schiff was the one who famously predicted the 2008 crisis, so he (probably) wouldn’t let this opportunity slip.

While we aren’t able to find out how many Bitcoin wallets Schiff owns for sure, it’s safe to say that he now has $100 more worth of BTC after Anthony Pompliano’s generous contribution.

What is your BTC wallet address?

In other news, Schiff also debunked the golden asteroid story in an interview with RT, claiming that it was fabricated to pump the price of Bitcoin.

“It’s not a scientific or economic story, and it’s just nonsense. It is being floated by the bitcoin community to try to create the false narrative that gold supply is not scarce so the price of gold is going to crash”

The asteroid named Psyche 16 allegedly contains $700 quintillion worth of precious metals, including Schiff’s much-beloved gold. However, the gold price is probably safe for a while since NASA’s Psyche mission will only take place in 2022.