Alex Dovbnya
?The #DropGold ad, which is part of a huge Grayscale campaign, urges investors to leave gold in the past 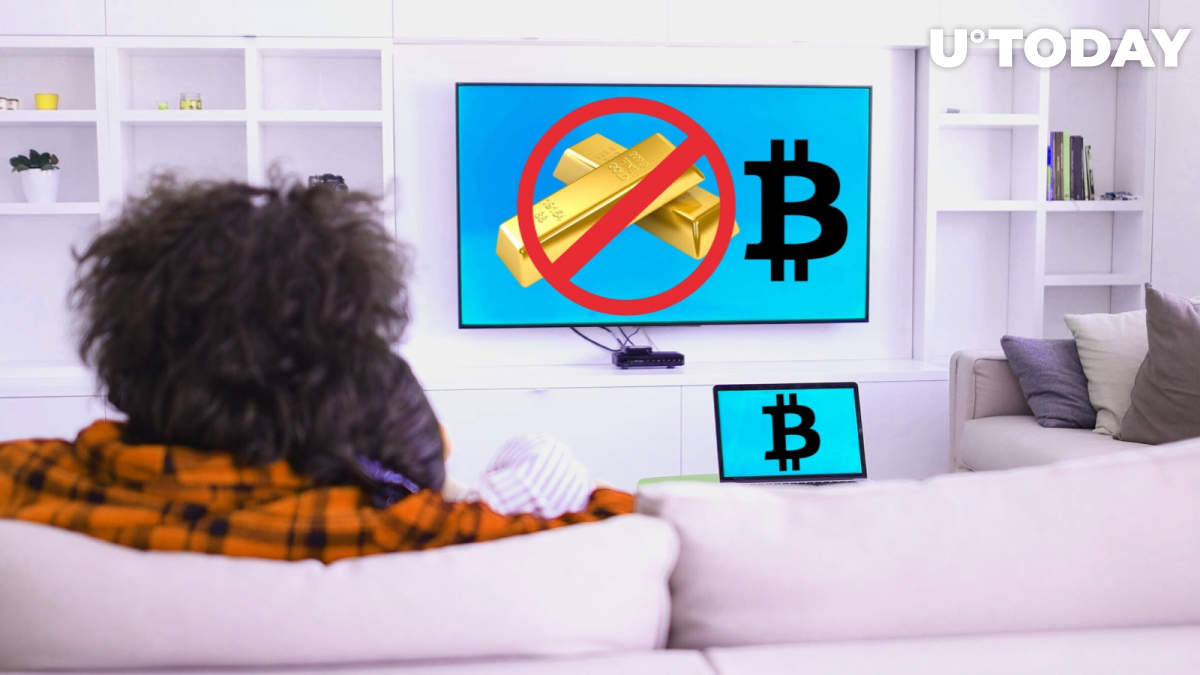 Grayscale Investment Group, the crypto-oriented asset manager, has launched a multi-million dollar TV campaign that is supposed to persuade investors to drop gold for Bitcoin. The ad, which will air on cable TV, streaming services, and even social media, portrays gold as a remnant of the past.

According to Fortune, the ambitious #DropGold campaign started on May 1 with an ad that vividly shows how unpractical gold is in the digital era. A man stands in the middle of a financial district with a bunch of gold bars in his hands and decides to drop his gold riches while a woman in front of him decides to do that same. The whole scene turns into a pandemonium with people stacking gold bars in shopping carts and losing their gold coins, but the two are dashing to leave this place.

Related
Bitcoin Price Is to Drop 65%! Is There Any Chance for the Next Bull Run?
Ads
Ads

The need for aggressive marketing

According to Grayscale CEO Barry Silbert, gold represents a better store of value than Bitcoin, since it is easier to store and it actually has utility, as the above-mentioned ad states.

“What’s a 23 year old going to do with a gold bar? I’m highly confident they’re going to sell it,” he told Fortune.

As Bitcoin is struggling to win over regulators, there is a need for more marketing efforts. Silbert claimed that the approval of the first gold ETF in 2004, which subsequently pushed its price through the roof, was attributed to an ‘aggressive’ campaign by the World Gold Council. A similar scenario could take place if the US Securities and Exchange Commission (SEC) greenlights a Bitcoin ETF.

Related
Can Bitcoin ETF Skyrocket the Market Like It Did For Gold?

Grayscale has estimated that dropping at least 5 percent of your gold holdings with Bitcoin (the digital gold) would increase their annual return by 5 percent. However, JPMorgan’s John Normand earlier claimed that Bitcoin is way too volatile to replace traditional hedge assets, such as gold and the Japanese Yen.