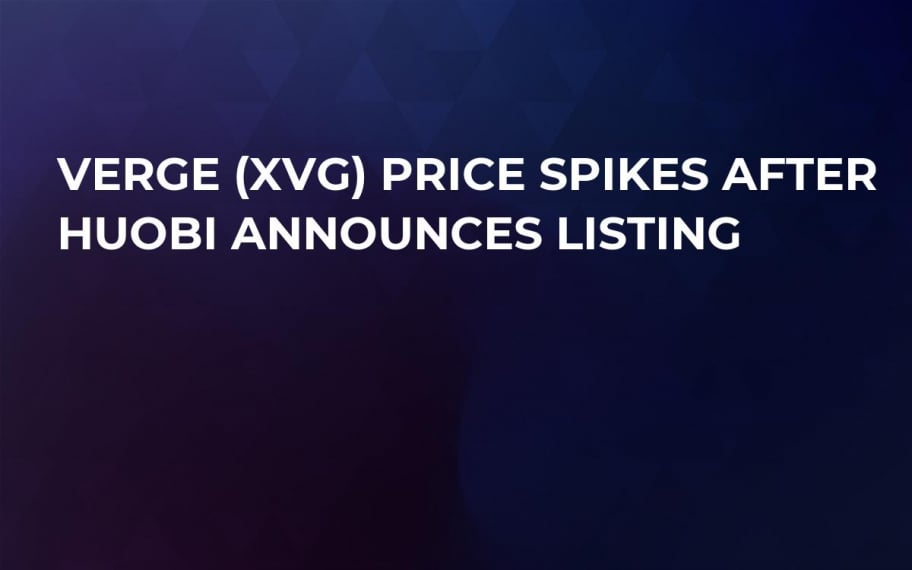 This morning, July 31, Verge (XVG), a coin focused on privacy issues, spiked by over five percent, despite the surrounding domination of sellers. The reason is that one of the biggest crypto exchanges Huobi has publicly stated its plans to list XVG.

The platform is to start XVG trading on Aug. 1st at 07.00 UTC. The coin will be paired with BTC and ETH, the top virtual currencies. Deposits have already been enabled for the users.

The announcement in Twitter by Huobi has been made just recently.

Yesterday, when the exchange announced the future support of XVG, the coin jumped and started trading at $0.025, rising over five percent.

Verge was founded back in 2014, initially bearing the name of Dogecoindark project. Earlier this year the platform was attacked twice. One of the hacks was a 51 percent attack. Back then the hackers gained over half of the computing power to start mining the coin.

Other coins that jumped after listing

The trend is that all altcoins start growing after being added to big crypto exchanges. This has happened to several digital assets recently.

Among them is a little-known coin Dock, added by Binance, Stellar, ahead of being listed on Huobi, Holo (HOT), listed by Binance exchange, etc.