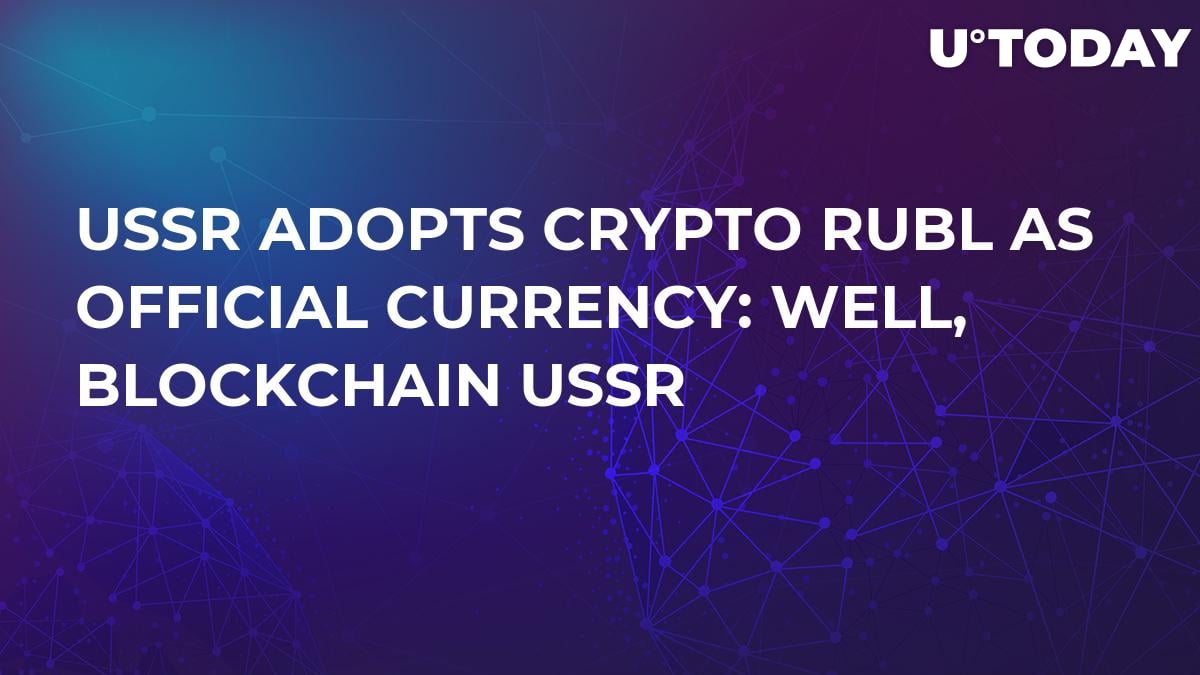 Currently, a lot of people in Russia are dreaming of returning USSR for numerous reasons. A person named Andrei Milenin is probably also a fan of the past times and he decided to create a virtual state with the similar name, symbols and ideology.

The online state Soviet Land, created around a week ago, seems to be attracting residents using great promises: its citizens will, apparently, be given back the money that USSR people kept in the local Central Bank (Sberbank) and which was lost when the Soviet Empire fell apart.

Crypto ruble instead of fiat money

This newly-created state has also introduced a virtual coin called Soviet Land Crypto Rubl (SLCR). Among the promises that its creators are using to attract residents is the size of retirement payouts from the state along with social cash benefits will be equal to those in the old times.

The claimed goal of creating the aforementioned state is “making a Blockchain-based state of the future that will protect its citizens’ rights, giving anyone a chance in ruling the country and the restoration of social justice.”

All ex-residents of the USSR and their direct descendants can claim to get the virtual citizenship.

The Soviet Land does not have its own website and no particular information about its creator is available. This was not a problem for him, however, to create the virtual country, since now this option is available to anyone for a moderate fee of $2 and just a few minutes.

It is enough to go to the Personal State website. Several other virtual states have already been made there, including Dimon P.S., WowState, etc. Around 20 of them all in all.

This is becoming a real trend now. Recently, for example, the founder of the Russian Cryptonomics Capital fund has announced the launch of the Decenturion Blockchain state.

It already has got over 120,000 residents. In early July, an official meeting in Moscow took place, where a thousand of new citizens were given Decenturion passports.