Trust in Crypto Space and the Next Tackle

Evgeny Konstantinov
The ever-accelerating development of Blockchain space has seen two major paradigm shifts, and the third one is underway 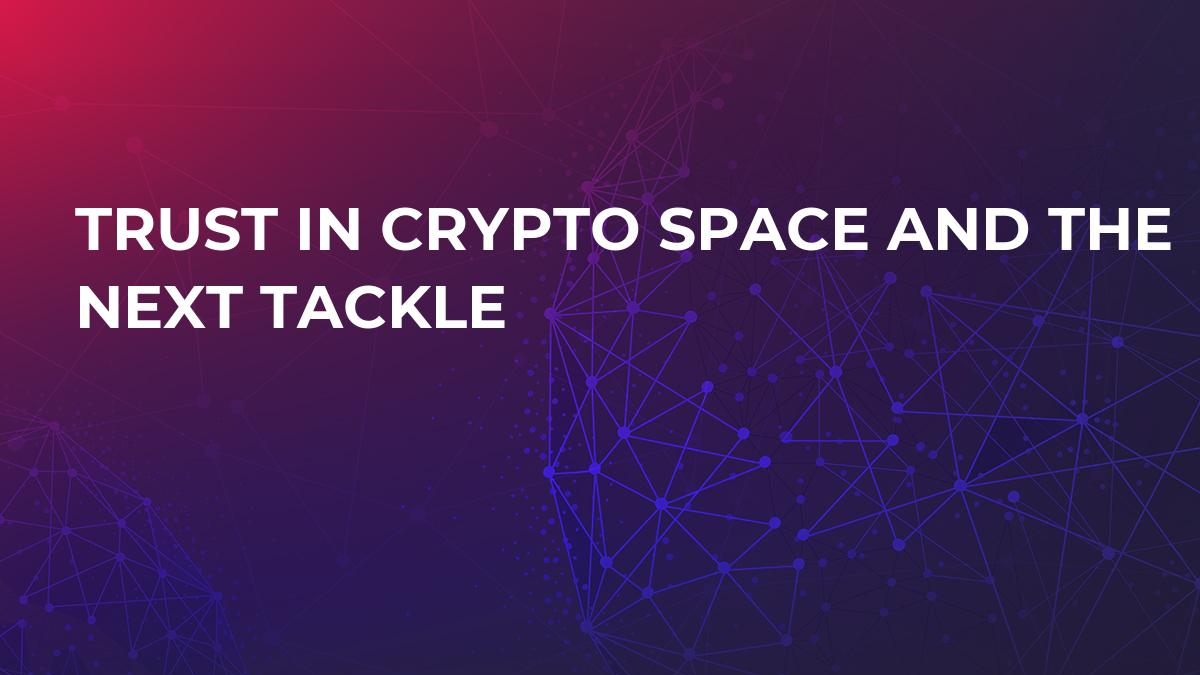 The Bitcoin network went live in 2009 and the very first adopters were the people interested in technology. They were the ones who were able to analyze the code, read the eight-page whitepaper-with page nine devoted to a short list of eight references, only one of which was from the early 2000s; the rest being from the 90s, 80s, and even one from 1957- and get curious enough to try it out and explore the possibilities stemming from this new peer-to-peer electronic cash.

These were the people that formed the core of the Bitcoin, savvy to understand it and stick with it, for years. As with any breakthrough technology, the core is usually a tight group of people who have a very clear idea of what the technology is. If you’ve ever been around these people or are lucky enough to have them as a friend, you know that you trust them for all the technology things you don’t understand.

How technology trust is formed

First, you have a person create, say, an algorithm. Then you have another one review it and start using it exactly because they reviewed the algorithm and the code. Then you have the first reviewer’s and user’s friends trust the reviewer and start using the algorithm, but solely on trust, because they do not have a clear comprehension of how it works, apart from that it does and they are told that it does. Then these friends of the reviewer spread the knowledge and the trust of the system that they have to their other friends, who are now another step away from the person who wrote the code and the one who reviewed it. This spread goes on ad infinitum and will not stop even after the last Bitcoin is mined.

As you see, the first link of trust from the algorithm creator to the first user is established through code review and eventual use. This is the only shall we call it legitimate, substantiated, for lack of a better word link that is not on trust alone. All of what spreads after that comes trust-first or trust alone.

It can go even as far as to remove the actual algorithm and code and let the weight of the system stay on the web of trust (or delusion in some cases, which is still a reality in the crypto space) alone.

In 2013, Vitalik Buterin, on a long walk in San Francisco, collected his thoughts on fully generalized smart contracts- as opposed to limited scripting in Bitcoin- and put it all on paper under a proposition named “Ethereum: The Ultimate Smart Contract and Autonomous Corporation Platform on the Blockchain.”

This was a very novel idea then. The idea of a Turing complete machine, an immutable world computer operating smart contracts. The proposition caught on, other people joined in, the development took years, the ICO was conducted in 2014 and the Ethereum mainnet went live on July 30, 2015.

Again, for the idea of Ethereum to break through the cryptocurrency paradigm and into the one of immutable world computer and infrastructure, it took some time and effort of the community. Ethereum spread much in the same fashion as Bitcoin did, but in the space of crypto and thus faster. Based on web trust.

And again much like with Bitcoin, Ethereum ushered in a new era of infrastructure Blockchains that proliferated after.

Both the Bitcoin and Ethereum shifts were done and spread on trust, but if I were to give that trust a modifier, I’d use the word riskful. That was a web of riskful trust, a leap of faith for a lot of people who were not that familiar with the technology and had to trust what other people told them. Riskful trust and a riskful relay of information that always gets obfuscated along the way.

Now if you think of the two major shifts while relying on people and the community, were purely technological. They both represent the use of a trusted ledger in the trustless environment.

In the crypto space, there are always two layers- the Blockchain layer and the people layer:

Both layers have major activity and progress in how they evolve.

But whereas the Blockchain networks are transparent in their concatenation & interaction, the people layer is not transparent.

It is an inherent drive for people in communities to trust each other, be transparent and work together for the common good.

Related
Cash Apps Cashing in on Cryptocurrency: Good For All

The next major breakthrough will be geared towards people, the technology will melt the blockchain layer with the people layer to create riskless interaction and riskless trust.

Many players in the space understand this, and there is right this moment a race to who comes up and implements the solution first. There are projects like identifi, with Martti 'Sirius' Malmi hailed as the second ever Bitcoin developer behind the project and DREP led by Matt Bennice, a former software engineer of the famous semi-secret Google X. And there’s u.community— a social capital ledger that is also an interface to Blockchain governance.

If Bitcoin and Ethereum were the first two major paradigm shifts in the Blockchain and crypto space, the third major shift is one of the most impacts in how it affects people and communities.