Cash Apps Cashing in on Cryptocurrency: Good For All 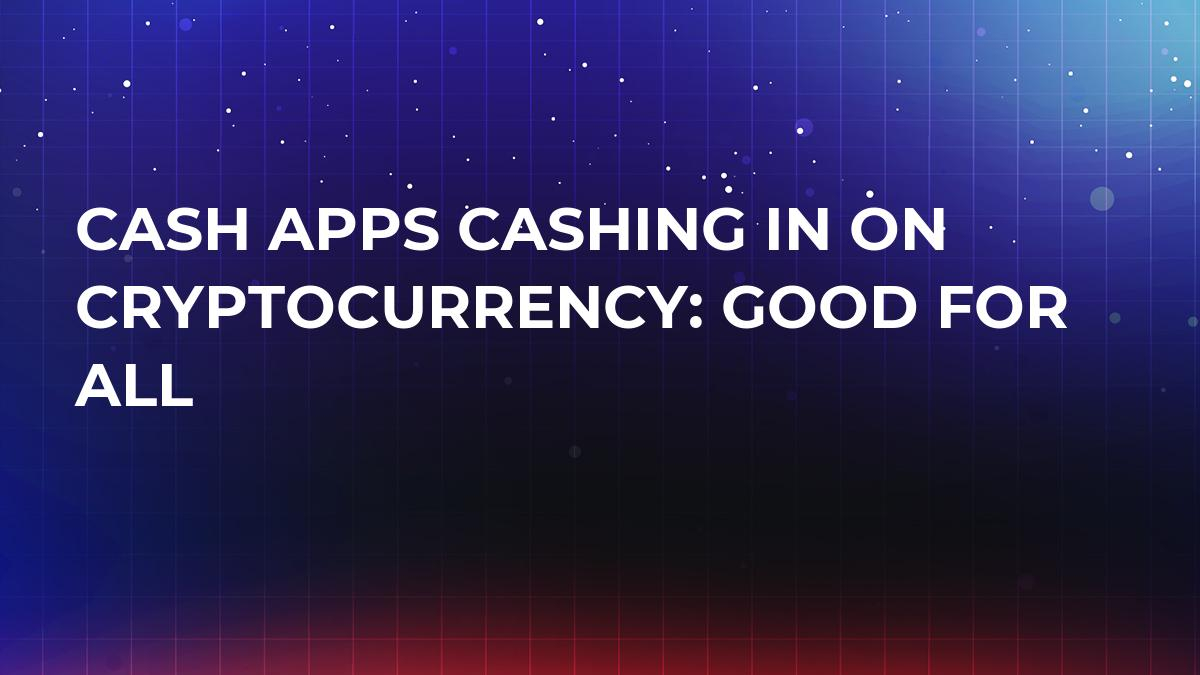 So-called ‘Cash Apps’ such as Venmo, have filed an important niche in today’s society, making the transfer of money simple and easy for a new generation who operate mostly from smartphones. However, there is already an overhauling happening as some of these apps build in cryptocurrency support.

In the news, Square Cash app, which is headed up by Twitter CEO Jack Dorsey, has overtaken the popular Veneno in popularity, and while it is hard to pin that all on the fact that Square integrated crypto, it could be playing a part.

Square has always been aligned to Bitcoin especially seeing as Dorsey has praised the digital currency as the future of finance. But it is not the only one that has moved into the space. Others include Circle, and Robinhood, and even within this space, these apps are in hot competition to provide the best crypto service for ordinary users.

Robinhood has added new coins recently, as well as began with zero fee trading, all in order to grow their user base, but now it seems that the option of crypto is boosting the cash app market.

The popularity of Cash Apps that are integrated with crypto says a lot about the space currently. Digital currencies, especially Bitcoin, have been evolving over their few years of existence. Bitcoin was always seen as digital currency, but its recent growth and rise in popularity has made it more valuable as a store of value.

However, there are other options out there that are suited for use as a currency, such as Litecoin and Bitcoin Cash, and as these Cash Apps grow, they are delving into this alternative currencies, testing the markets and the popularity of using such coins as cash.

However, regardless of which coin is better, or which apps are best, the truth of the matter is that there is clearly interested in using crypto simply in the form of an app. For those in the know, Bitcoin and other cryptocurrencies can be easily sent, spent, and received with the use of exchanges and wallets, but for the general man on the street, other options are needed.

Much like Wall Street is awaiting a Bitcoin ETF in order to break into a hitherto unknown market, the option of spending cryptocurrency as easily as cash on an app is far more appealing and can aid in the mainstream adoption.

Putting the cash back into cryptocurrencies

Cryptocurrencies will continue to evolve and change direction, but there is little doubting that their ultimate goal, down the line, should be as a means of exchange. These boosts in popularity for mainstream users as cash will help sculpt the ecosystem and make sure that their use as the currency continues.