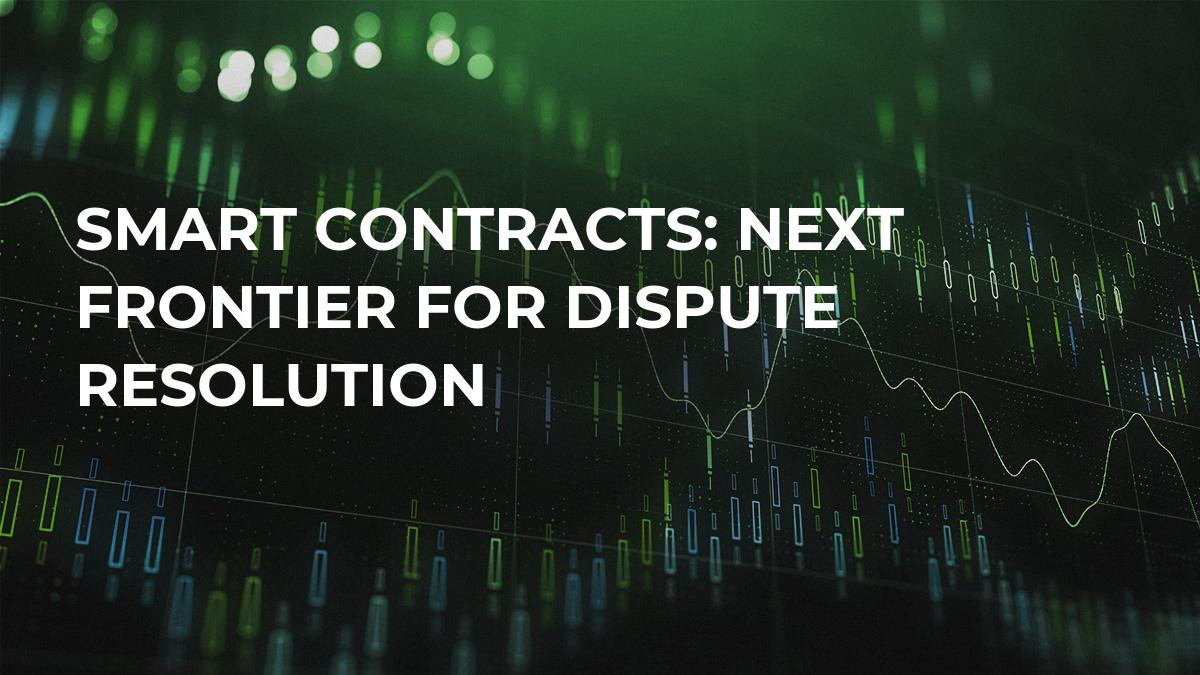 From former Nobel Prize winners to former Wall Street executives, all stars of finance are rushing toward smart contracts and Blockchain.

In the most simplistic usage of the term, smart contracts are computer-enforced agreements(contracts) that are used for things like ensuring trustless payment transactions between two parties. (Once conditions of X are met, then Y can happen: think logic or calculus class with hypothetical syllogisms. You can also think of a smart contract like a computer-enforced escrow service that cannot be altered by either party).

Despite smart contracts most often being used as a medium for payment transactions, smart contracts are starting to be used in other industries that are in desperate need of reconstruction, like the legal world.

The legal world is still a very necessary expense in many situations. On-and-offline dispute management methods, as well as legal contract frameworks, suffer from several issues which include:

The legal space is filled with many additional disadvantages; however, people still pay because legal services ameliorate tough situations for people during uncontrollable, desperate times.

Imagine an attorney-less world in which you are facing hefty financial or criminal penalties which require countless hours in court.  It’s hard to imagine facing those situations on your own, without a lawyer.

The truth is, you should use a lawyer for certain types of circumstances. However, there are many other legal services in which technology can serve as a replacement.

Additional disadvantages include but are not limited to a lack of trust, timeliness, and cost of dispute resolution, openness in transparency, severe data vulnerability, and the high cost of services. Blockchain technology and smart contracts can be an answer to these problems.

JUR is a decentralized, legal ecosystem that facilitates secure transactions and connections between individuals and businesses using the blockchain.

The JUR Blockchain was constructed to provide more accessible and cost-efficient legal options for the blockchain community.

Litigation costs put a strain on businesses and individuals, consuming both time and capital. JUR’s decentralized, legal ecosystem is here to propel the legal world into a more efficient order using smart contracts.

JUR particularly exists to construct Smart Legal Agreements without traditional arbitration. JUR is an automated, transparent, and trustable platform that eliminates services that were once clandestinely conducted through lawyers.

Let’s observe a few use cases. JUR tokens can be used as:

Therefore, JUR contracts can be used for the purchase and sale of intellectual property, real estate, web domains, and registered mobile goods, as well as ICO investment contracts with certain milestones and expiration dates.

Who can benefit from JUR?

What makes JUR stand out from the crowd?

JUR’s voting system is superior to companies like Gnosis and Augur because it allows for more detailed and precise examination of small events. Even though JUR mostly seeks to resolve minor disputes, it can be used to crowdsource any choice between two alternatives. It also has inklings of Rocket Lawyer and LegalZoom, however, JUR goes a step further by offering a Blockchain edition of the same services which includes an advanced approach to dispute resolution.

JUR is the first consensus-based system for dispute resolution. It allows for making this process faster, simpler, and cheaper. Its users can be sure of total fairness, transparency, trustworthiness, and cost-efficiency.

In closing, JUR’s decentralized legal ecosystem facilitates secure transactions and legal services between individuals and businesses using the blockchain. The platform ameliorates problems such as high cost, minimal transparency, data vulnerability and timeliness. JUR’s Smart Agreements will serve as the next evolutionary step at the intersection between Blockchain and the legal world.