Tron is Rising Where the Rest Are Falling, CMC Shows Bitcoin Namesake in Spot #64

On Tuesday, Feb. 5, Coinmarketcap is showing that the top ten coins are neck-deep in the red, yielding to sellers. However, the next block, down to spot #20, looks much more optimistic.

Tron prospering despite the red wave

Even though 8 top digital assets out of ten are declining, two are still managing to move upwards – Tron (+1.79 percent) and Litecoin (+1.61 percent). 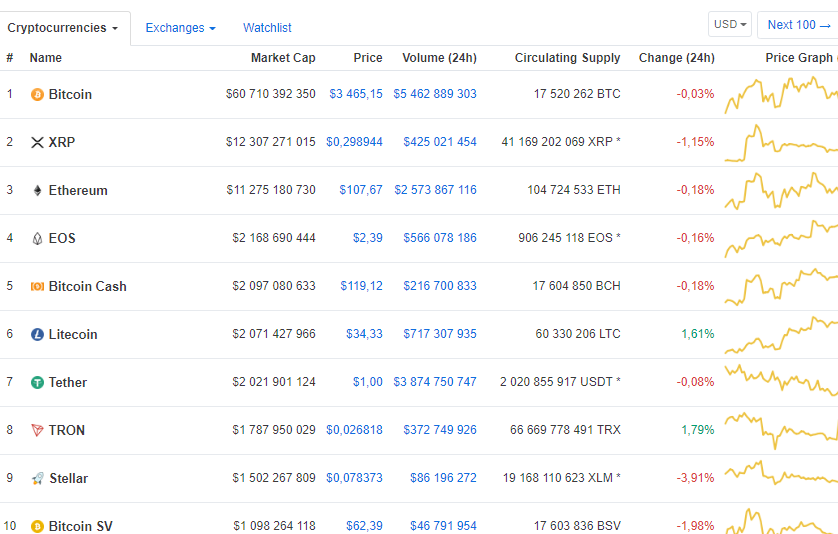 Over the weekend, U.Today reported that TRX has risen 35 percent in 2019, which makes it a top gainer so far. Even now it keeps appreciating, along with the digital silver, Litecoin, despite the fact that the rest of the coins around it are in decline.

Also, the number of the Tron Foundation’s followers on Facebook has now exceeded 900,000. Justin Sun’s number of followers there totals more than 4 mln people. At the same time, Justin Sun has reached another milestone on Twitter: 800,000 followers.

The market situation looks much better a little lower, starting with Binance Coin (BNB). The native coin of Binance has risen by nearly 3 percent (+2.89%). However, the top gainer here is the Maker stablecoin, which has spiked 4.07 percent and is currently holding on to spot #19. 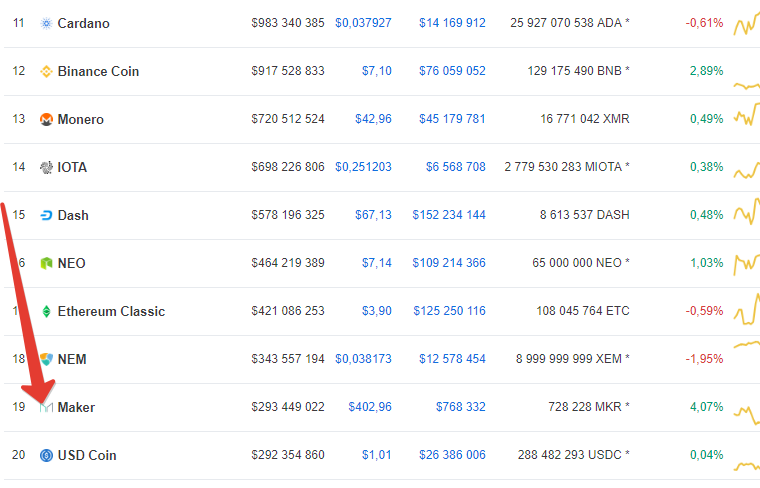 Redditors have spotted a coin dubbed Bitcoiin on CMC, taking position #63 at the time of writing this. The asset is trading at $1.08, having demonstrated a massive rise by 277 percent over the last 24 hours.

Redditors in the comment thread are calling this a pump-and-dump scheme, while some are even expressing their distrust in Coinmarketcap, claiming it “a useless metric”. 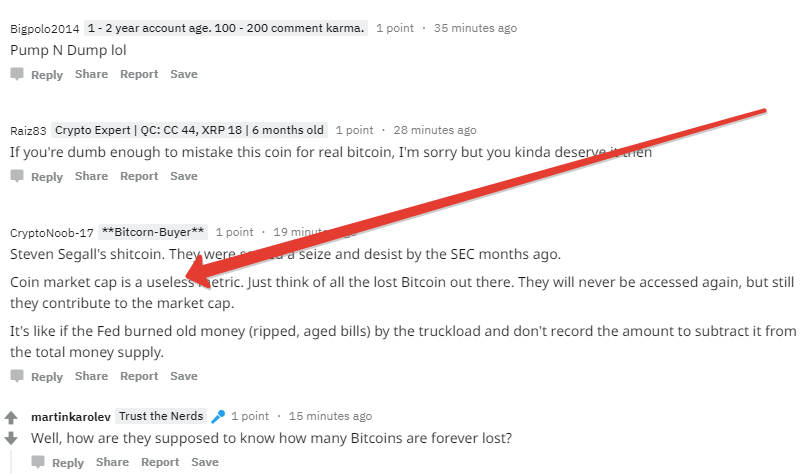