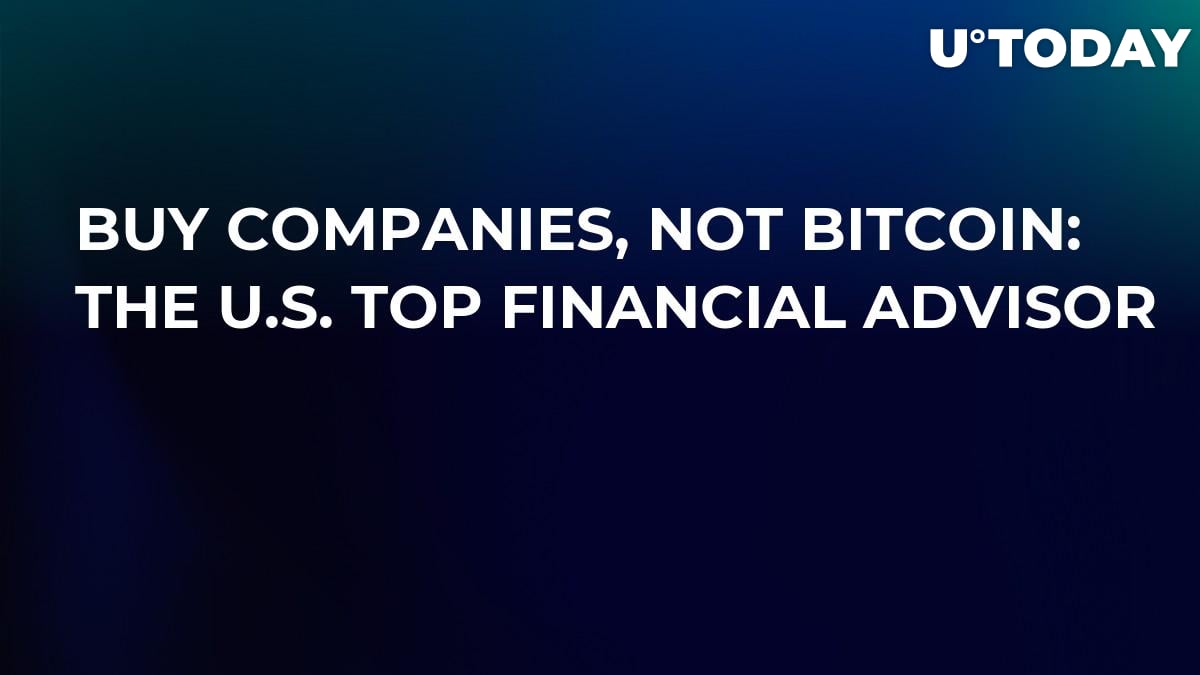 Peter Mallouk, President and Chief Investment Officer of Creative Planning recently discussed why he avoids directly investing in cryptocurrencies. He also advises those involved in transforming the blockchain to explore another option for the technology.

Don't Get Excited for Crypto

First and foremost, Mr. Mallouk has prevented investors from believing that cryptocurrencies are "unique" and an "ultimate" form of investment. He brought up some of the dotcom companies as examples and remembered when "Blackberry and Palm were fantastic before Apple came out". Mr. Mallouk even discussed Lycos working out before the emergence of Google.

Using the aforementioned examples, Mr. Mallouk says that cryptocurrencies may collapse and will possibly be substituted by something more exciting. This would lead to huge investment losses for those who believe in crypto tokens.

Mr. Mallouk also highlighted the speculative nature of the cryptocurrencies market and admitted that one or two of these cryptos could work out. However, this does not make them sound investments:

If you buy cryptocurrency, you get no income. It’s not a real investment. It’s speculation.

While cryptocurrencies are not considered a good investment plan, Mr. Mallouk described the potential possibilities of investing in blockchain technology. The secret to this approach is having its roots in business and real-word adoption of blockchain-based technologies.

It looks like Peter Mallouk can reproduce all of the mantras of previous generations. Like Mr. Mallouk, billionaire Ray Dalio predicted (barely) a gloomy future for Bitcoin (BTC) and stablecoins as both them will "possibly never" be adopted by the masses.

Are you guys planning to buy stock in IBM or Bitcoins for Christmas? Tell us on Twitter!