The Evolution of Blockchain and Cryptocurrency Usage: Normalizing and Innovating 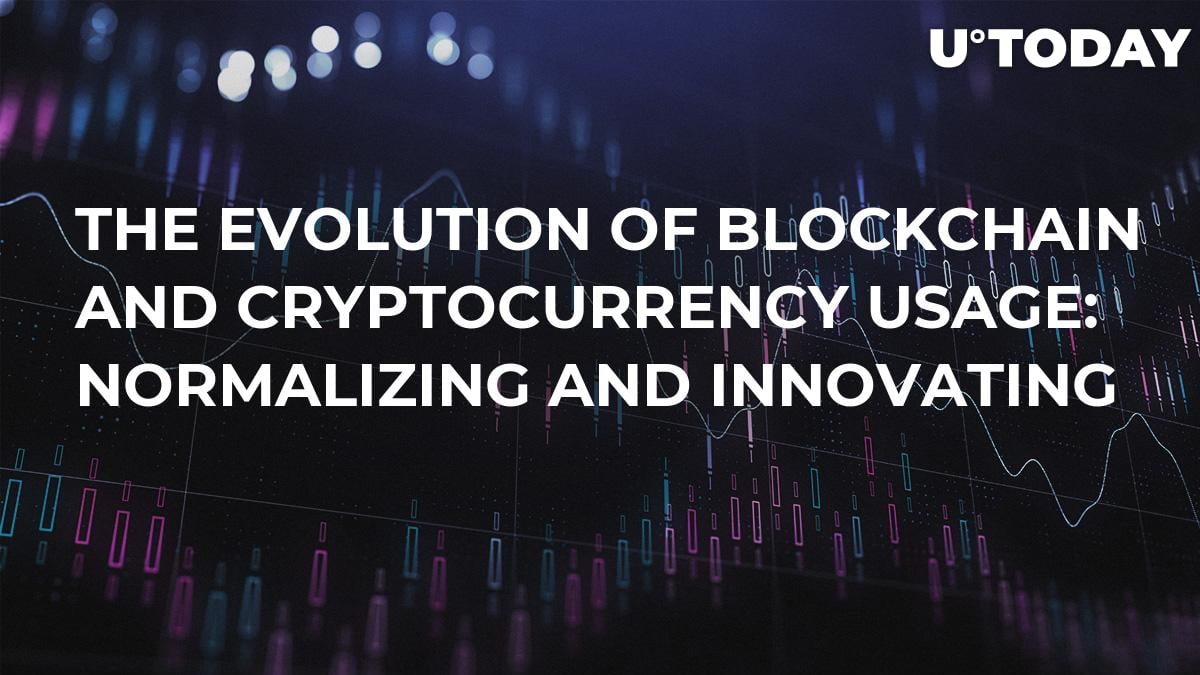 There is no doubt that the first cryptocurrencies were created to be a digital cash, but from those humble beginnings there has sprouted a massive ecosystem that continues to innovate as well as normalize.

Cryptocurrencies and Blockchain technology have an incredibly broad spectrum of application that is still being discovered and explored today. The usage of the Blockchain is expanding into traditional sectors, and the technology is being eagerly looked into by banks, governments and corporations.

Cryptocurrencies too are becoming more normalized and useful. They are no longer just a tool of the dark web and in fact are becoming more and more like traditional assets with the creation of Futures contracts, potentially ETFs, and even as collateral for loans.

The key technology for cryptocurrencies is at a stage where many different sectors believe they can innovate and advance their areas of ecpe rise by implementing Blockchain technology. From supply chain to cloud computing, the scope of this technology is almost endless.

Many different Blockchain companies have seen the possibility of Blockchain in creating a decentralized cloud storage network. This is the premise of Golem, but there are others that are trying to innovate this space and sirupt the well known and centralized models.

“The easiest thing to forget is there’s a massive amount of data being consumed by all applications and products. With all this data being exchanged, the current Internet just doesn’t have the infrastructure to protect its security, scalability and reliability.”

It is clear that for this type of technology, necessity is pushing innovation. Security of data and the current internet infrastructure is in need of an upgrade, and this is where the Blockchain can step in.

In a similar vein, but slightly differently, cryptocurrencies are also infiltrating financial sectors, but their mandate seems to be more about becoming normalised than total disruption.

From spending on the Dark web to securing a loan

Cryptocurrencies began their life as a coin on the Internet, and especially a coin if the Dark web. They are inherently a spending token that derives value from a small, but growing market.

However, their evolution and expansion into the mainstream is continually evolving, and it is this evolution that is being spurred on by normalizing the digital asset, as well as finding more functions for them.

Can Gulec, of cryptocurrency lending platform Kambo, explains how by offering traditional lending services, but based on crypto assets, can aid in normalizing the digital currency economy.

“We want to facilitate adoption. We believe traditional financial systems and disruptive fintech systems should be integrated and seamlessly connected. There needs to be a bond between alternative assets classes - like cryptocurrencies - and traditional financial institutions - banks and lending institutions. Through this, not only we are enabling people to unlock the value of their holdings, but also allowing more complex products to be built.”

A lot of the problem with trying to fuel the adoption of cryptocurrency, and to get people to understand it as an alternative currency, has to do with understanding its value. Bitcoin has been labelled many times as inherently valueless, but that notion alone is a tricky one.

“Value is a very tricky notion to define and has been a critical attack point for crypto-sceptics,” Gulec goes on to explain. “People have used anything from massive rocks to cowry shells as a store of value.”

“Everything - gold, precious rocks, fiat currency - is valueless if you take human consensus out of the equation. As more complex tools are built around an ecosystem, its foundation becomes stronger and its chance of standing against the test of time increases. So, in our case, the ability to take loans against crypto assets makes them a much more interesting asset class, because then one can unlock their value by leveraging against them and using them like any other liquid financial asset.”

Cryptocurrency adoption has slowed recently, especially as the hype and buzz around its growing price has cooled. There now needs to be a second wave of adoption, and that will only really come when people can see cryptocurrencies in the same light as any other asset or mode of exchange.

The more people are normalized to cryptocurrencies, the easier they will be to pick up and use. The evolution on this space is very dependant on innovation in one instance, but that innovation needs to be bridged with the traditional to bring people across.

Crypto Searches Tumble 84 Percent in 2019. Is Bitcoin Losing Its Luster?