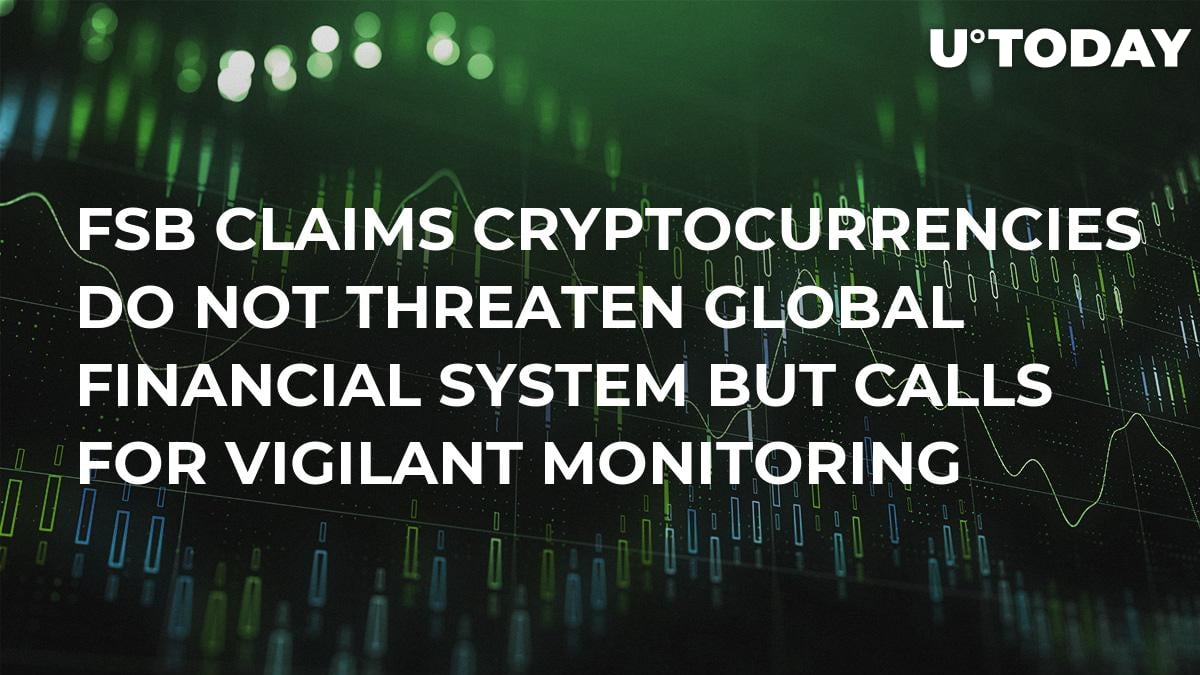 The Financial Stability Board (FSB) claims that digital assets are not going to disrupt the global financial market, according to Reuters. However, it also claims that there is a need to take a harder look at these assets for investor protection.

Despite the fact that digital assets have been on everyone’s lips after the December peak, the scope of the cryptocurrency industry remains rather small compared to other financial markets. As an aftermath of the prolonging bearish trend, the total market capitalization has dwindled to just $217 bln (to put this into perspective, that represents less than three percent of the global value of gold).

Not suitable for payments

The FSB report points out that cryptocurrencies are not suitable to be a mundane payment solution due to their low liquidity and constant price fluctuations. Hence, they lack major attributes of sovereign currencies.

However, as U.Today reported earlier, Bitcoin price volatility has recently reached its lowest level in two years, and that prompted speculations either the flagship currency is becoming boring for investors or the market is simply maturing.

Beyond the disruption of financial stability

In its recent press release, FSB notes that cryptocurrencies do not threaten financial stability. Still, as mentioned above, the rapid growth of this market requires “vigilant monitoring” because of possible risks that include exposure of financial institutions and wider cryptocurrency adoption that would result in using digital assets as a means of payment.

FSB also claims that the rise of digital assets prompts the need for investor protection and ALM regulations. Cryptocurrencies still remain in a legal grey zone, so this market is prone to manipulations. The report also touches upon the issue of funding terrorism, implying that cryptocurrencies perform the role of a facilitator. Meanwhile, one study shows Bitcoin is not popular with extremist groups who still choose cash over crypto.