US Lawmakers Urge SEC to Take Definitive Stance on Crypto 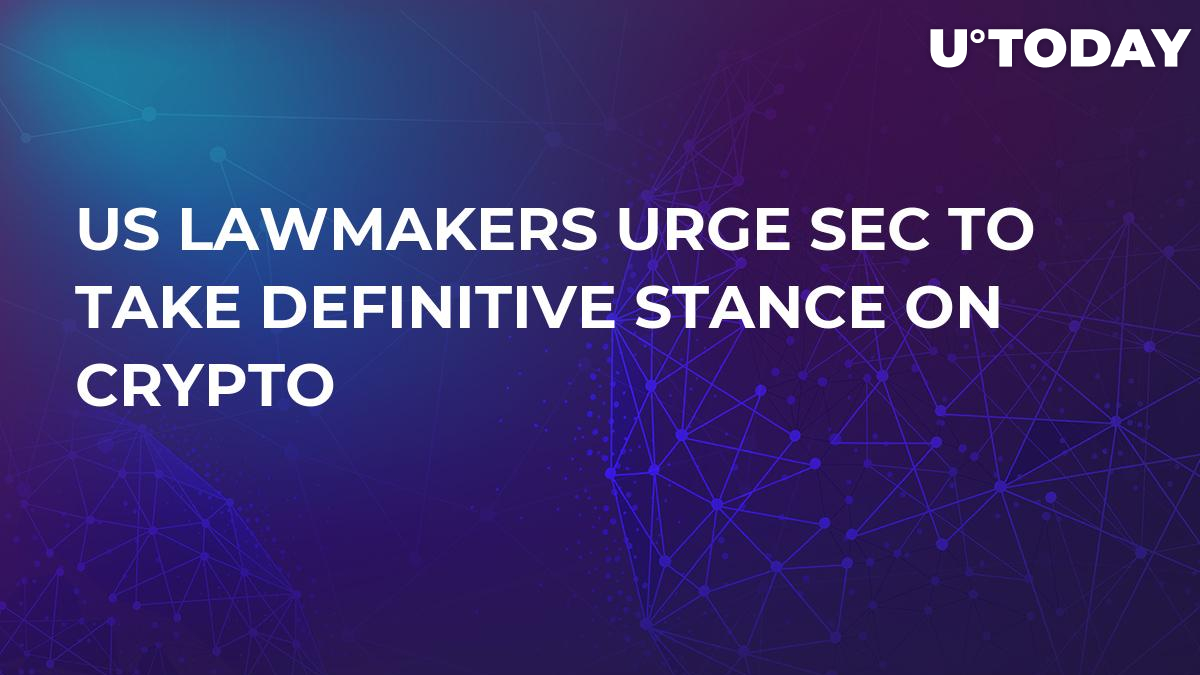 Just days after the forum held by US Rep. Warren Davidson with over 50 industry influencers, Congress is now asking the Securities and Exchange Commission (SEC) to clarify where it stands on cryptocurrencies. On Sept. 28, a dozen House members sent a letter to SEC Chairman Jay Clayton, urging his agency to outline their plan on regulating the new asset class.

Related
No SEC Meeting on Ethereum’s Status as Security

Clearing up the regulatory uncertainty

The letter states that it is important to determine which virtual currencies are securities. During the aforementioned meeting, one of the speakers also raised this issue. For instance, Ripple is currently fighting tooth and nail in order to prove XRP’s non-security status after being hit with numerous lawsuits for allegedly violating US security law. The SEC did clarify that Bitcoin (BTC) and Ethereum (ETH) are commodities, but the lion's share of ICOs are regulated as securities.

This initiative might be an icebreaker when it comes to changing US security laws that are currently in place. Back in June, Clayton weighted in on this issue, claiming that the SEC is not going to change the traditional definition of a security. Under a 1946 U.S. Supreme Court ruling (SEC v. W. J. Howey Co.), an instrument is considered a security if it involves an investment of money. In order to be defined as a security, the asset has to pass the so-called “Howey Test.”

Similarly to TechCrunch founder Michael Arrington, US lawmakers seemingly acknowledge the fact that lack of regulatory clarity may put a damper on US dominance in the rapidly growing industry as many crypto-oriented startups are fleeing to other countries. The letter clearly states the current regulatory uncertainty is “hindering” innovations in the US.

The letter also emphasizes that there should be a hands-off approach to dealing with digital assets, which would help to create a welcoming environment for crypto-oriented businesses.

Earlier, U.Today also reported about US Rep. Tom Emmer introducing three bills that are aimed at propelling the cryptocurrency industry.

Related
What is Holding the SEC Back From Pulling the ETF Trigger?