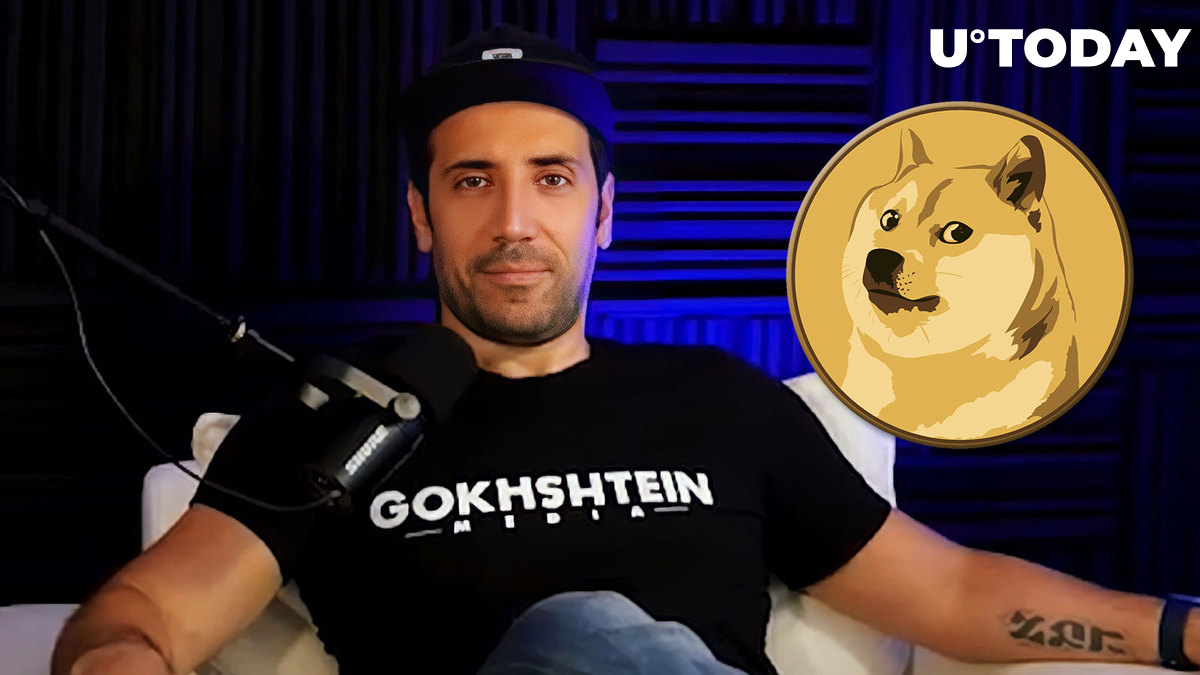 In a recent tweet, founder of Gokhshtein Media, crypto enthusiast David Gokhshtein, stated that he still holds a lot of Dogecoin. He is waiting for the top meme coin to go parabolic.

Still got bags of $DOGE. Waiting for it to go parabolic.

He has been supportive of DOGE since last year, saying that it allowed a lot of people to get into Bitcoin. Overall, Gokhshtein has been saying the same thing about other top canine coins Shiba Inu and Floki Inu.

In one of his recent tweets, apparently trying to settle a dispute between the communities of Shiba Inu and Dogecoin, he said that it is okay to hold both Dogecoin and Shiba Inu.

Recently, Gokhshtein has brought back up his love of XRP, the Ripple-affiliated token; from time to time he has been publishing tweets, praising XRP and saying that should Ripple beat the SEC regulator in the lawsuit that has been going on since 2020, not only would the fintech giant from San Francisco and XRP explode, but the entire crypto industry will go to a new level.

On Sept. 28, Gokhshtein even confessed that he considers pressing the buy button for XRP to grab more of these tokens and increase the amount he was already holding.

Dogecoin adoption has been expanding recently, with Elon Musk adding the top meme coin to the payment options of Tesla at the start of the year, and then SpaceX joining it in the spring.

Besides, recently, a major provider of software for merchants, BigCommerce, teamed up with BitPay and CoinPayments. Thanks to this partnership, thousands of merchants that work with BigCommerce started to accept a wide range of cryptocurrencies, including DOGE, SHIB, Ethereum and Bitcoin.

At the time of this writing, DOGE holds the 10th position of the top 10 list, as per data provided by CoinMarketCap, and is changing hands at $0.06012, showing a small rise in the past 24 hours.

Dogecoin is trading 91.85% below its record peak of $0.7376 reached on May 8 last year, when Elon Musk debuted on Saturday Night Live, shilling DOGE to millions of viewers.