Valeria Blokhina
Stay updated on all of the the top events with U.Today’s crypto news digest 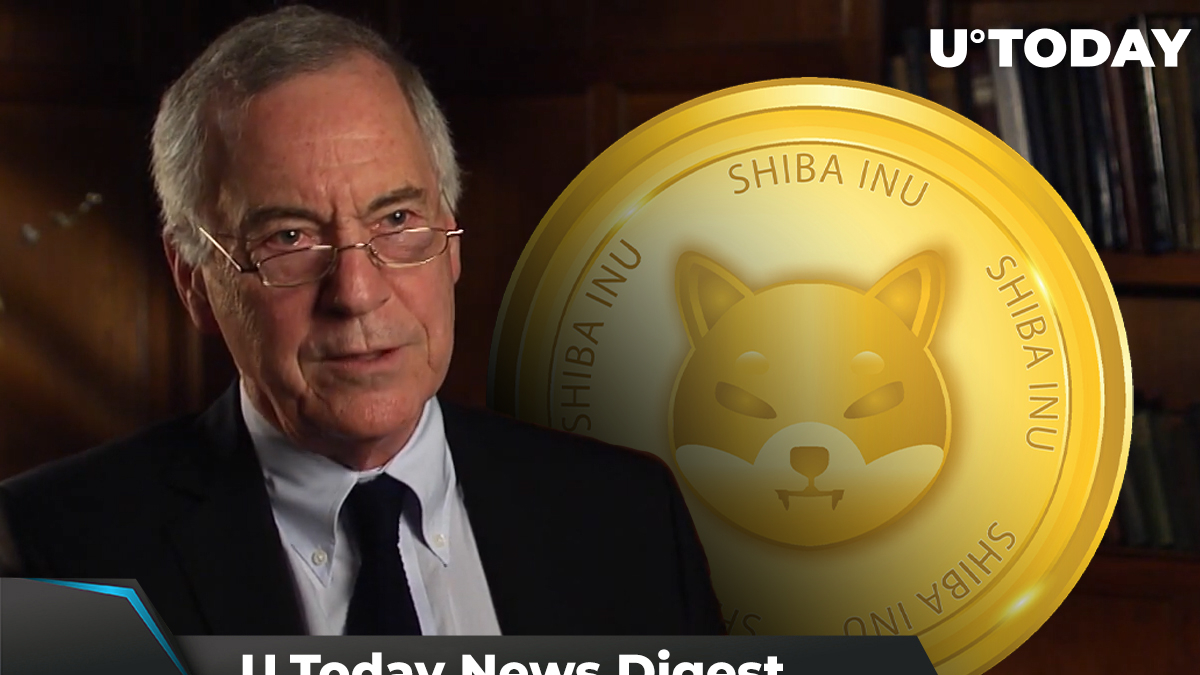 Here are the top 5 news stories over the past day presented to you by U.Today.

In a recent interview with Bloomberg, CIO of the Soros Fund, Dawn Fitzpatrick, said that the fund owns "some coins." She noted, however, that the crypto itself is less interesting than DeFi technology and solutions, emphasizing that the fund is looking forward to exploring the decentralized technologies industry. While the Soros Fund is getting more into crypto, it is steering clear of investing in China. Previously, Soros vocally criticized the Chinese government’s policies as irrational, saying that investors cannot feel safe while investing in the country's economy.

Reputable economist Steve Hanke has taken to Twitter to opine on Bitcoin’s future price movement. He believes that Bitcoin’s being extremely volatile and speculative is no exception to the so-called "up and down law," according to which assets and ideas that surge fast must eventually plunge. Meanwhile, Peter Schiff, a prominent Bitcoin critic, suggests that after Bitcoin crashes, U.S. financial authorities are likely to use this crash as an excuse for introducing tighter regulations.

Bank of America, one of the world's leading financial institutions, has released a new report covering the digital assets industry. According to its research, despite the cryptocurrency industry being considered "young and modern," the industry representatives aged 18-24 are the minority. The average crypto holder is a caucasian 38-year-old male with an annual income of $111,000. The report also notes a 67% rise in the number of institutional users, while the number of retail investors rose only 34%.

According to CoinGecko, Shiba Inu, one of Dogecoin’s offshoots, has once again entered into the top 20 biggest cryptocurrencies by market capitalization. The reason behind this sudden run-up remains unclear, but some speculate that it might have been caused by Elon Musk’s recent tweet with the photo of his Shiba Inu dog.

Shiba Inu’s surge does not seem like it will end anytime soon - today the canine coin surpassed Litecoin, Chainlink and Bitcoin Cash by market cap, entering the list of top 15 cryptocurrencies.

According to AMC CEO Adam Aron, clients of the leading movie theater can now pay for eGift cards with Dogecoin and other cryptocurrencies. AMC is also working on enabling cryptocurrency payments for tickets as well as concession stand purchases. As was promised in the earlier announcement made by Aron, the world’s largest movie theater will add support for Bitcoin, Ethereum, Litecoin and Bitcoin Cash by the end of the year.