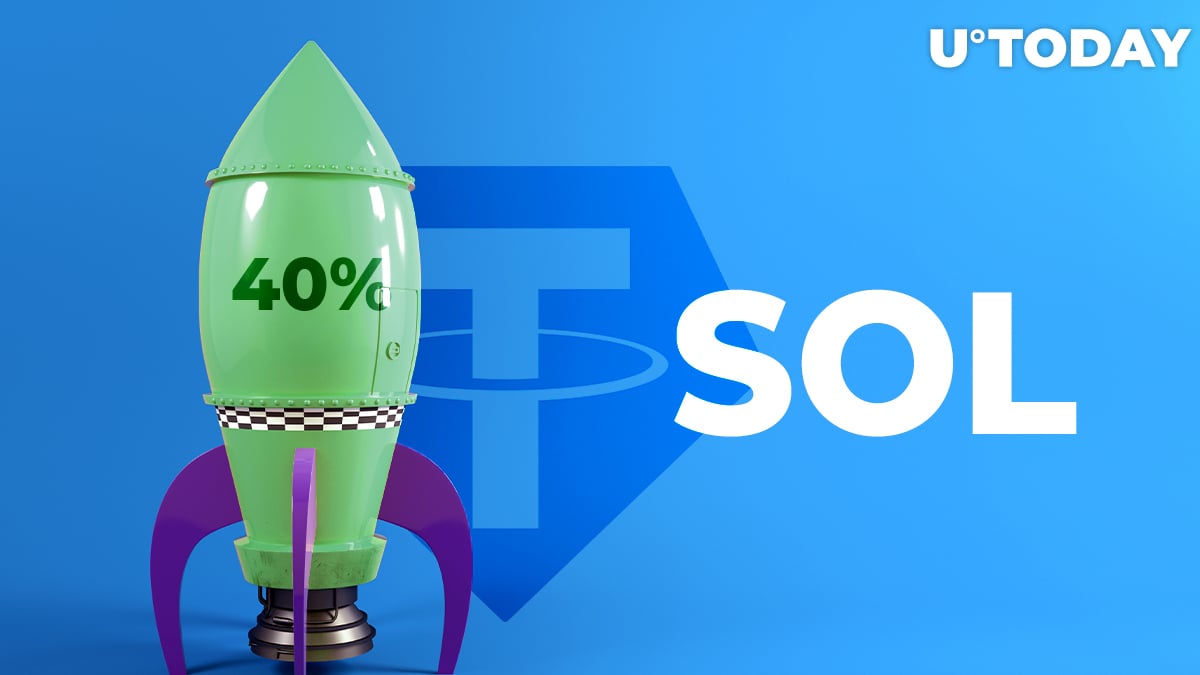 The Solana (SOL) token soared over 40 percent after its eponymous layer-one blockchain solution was integrated by stablecoin issuer Tether.

In its announcement dated Sept. 9, Tether claims that the collaboration will allow institutions to trade the USDT stablecoin at "Nasdaq speeds."

Solana became the eighth blockchain supported by Tether following the recent addition of the OMG Network.

While the lion's share of the USDT supply still resides on Ethereum, the stablecoin issuer is now turning to other networks due to Ethereum's scaling issues.

The high-throughput blockchain can process up to 60,000 transactions per second (TPS) without relying on sharding, one of the key features of Ethereum 2.0.

Ethereum, on the other hand, is only capable of processing about 15 TPS, which is hindering the growth of the decentralized finance industry where USDT has a prominent place.

The fact that it costs only $0.00001 to send a USDT transaction makes it an attractive alternative to Ethereum, whose gas fees reached a fresh all-time high of nearly $5 on Sept. 1.

Related
Solana - Cracking the Scalability Challenge with Proof of History

The SOL token also had a spike of similar magnitude after cryptocurrency derivatives exchange FTX chose Solana to build its on-chain cryptocurrency ecosystem from scratch.

In June, the embattled Kin cryptocurrency—which was launched by popular social media network Kik—also moved to the Solana blockchain from Stellar.

Earlier this year, Solana also teamed up with Chainlink to build a super fast oracle that updates in less than a second.