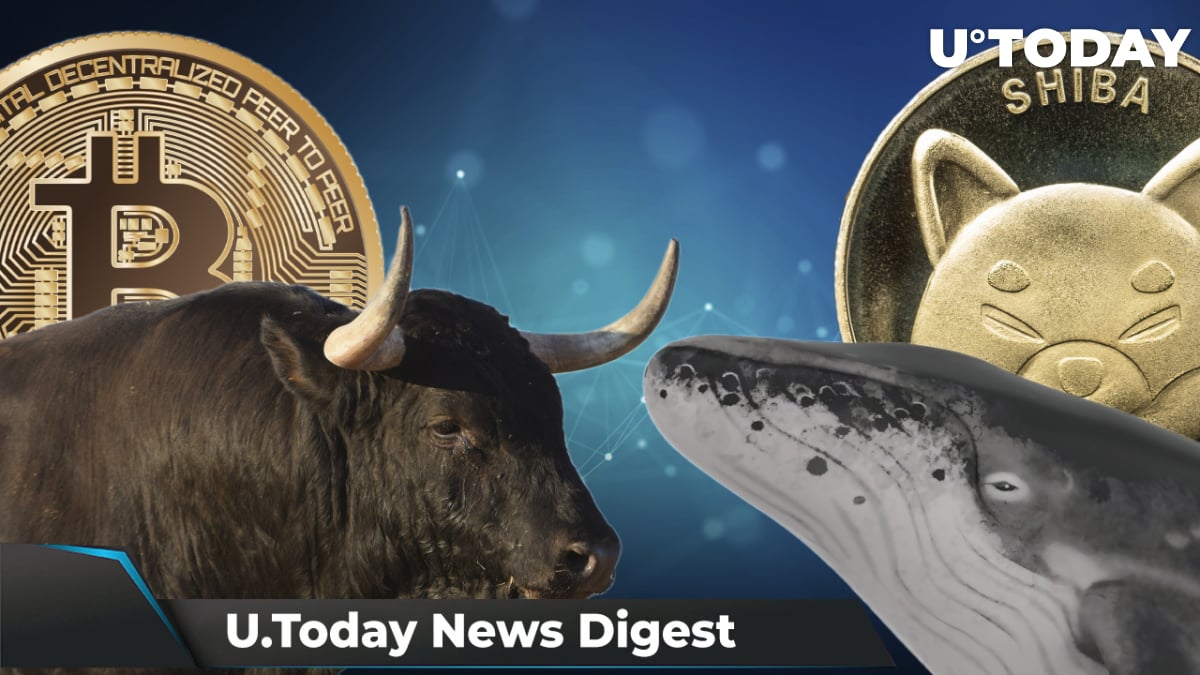 To help you stay updated on recent crypto events, U.Today presents the top four news stories over the past day.

According to WhaleStats, the crypto market has recently witnessed the birth of a new SHIB whale. One day ago, the anonymous market player purchased $6 million worth of Shiba Inu coins. Eleven hours after the completion of the first order, he or she decided to buy another $2.3 million worth of tokens when Shib fell to $0.000048. Overall, the whale now owns 171 billion tokens.

According to the latest market data, more traders are betting on $100,000 Bitcoin calls. However, it does not necessarily mean that they believe in the currency reaching that price. Current open interest for $100,000 calls stays at $500 million, in addition to $200,000 calls having $380 million of open interest. In total, traders bet more than $1.3 billion on Bitcoin, moving through $100,000 by the end of the year.

Shiba Inu has been integrated by CoinGate

CoinGate, Lithuanian crypto payment processor, has announced that it has integrated the Shiba Inu cryptocurrency. From now on, every CoinGate user can accept, buy, trade or spend the white-hot meme coin. In addition, it is also possible for SHIB holders to purchase gift cards.

CoinGate remains one of the most prominent crypto companies in the Baltic region, with a 50-strong team after experiencing significant growth because of the ongoing bull run.

After Ethereum whales decided to shift their attention toward more "traditional" tokens, Shiba Inu managed to flip BEST, OKB and CRO, and to regain its place as the king of ERC-20 among the top 1,000 biggest addresses on the network. Whales currently own more than $2.3 billion worth of SHIB. The token's total market cap remains at $26 billion, with the majority of investors being mid-term traders.