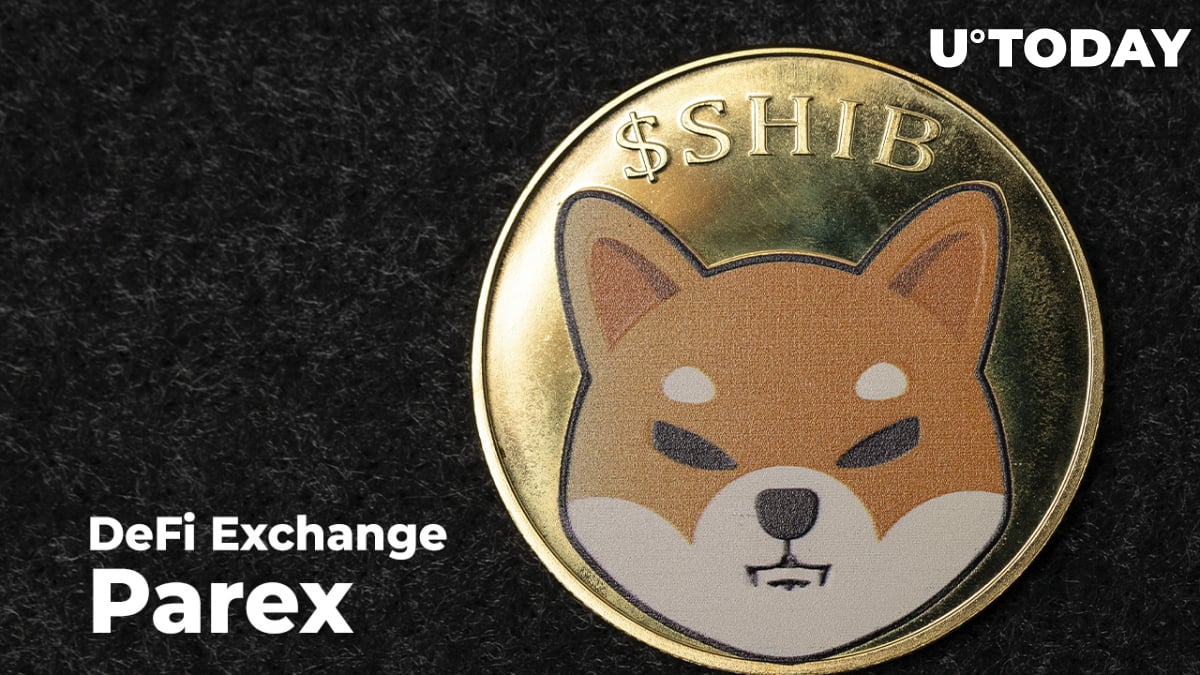 Two days ago, Parex exchange announced that it intends to launch Shiba Inu deposits and trading on its platform on April 20. The meme token will be paired against USDT.

Earlier this month, U.Today reported that several other exchanges around the world had added support for the Shiba Inu meme cryptocurrency. However, unlike those platforms, Parex is a decentralized crypto exchange.

Decentralized platforms allow for transactions to occur using the peer-to-peer technology securely without a third party acting as an intermediary.

The launch of Parex was announced on March 23, according to Bloomberg. It was launched on myDexChain network using the DRC-16 protocol.

The platform is different from other exchanges as it has an in-built PRX token that is mineable and works using the Proof-of-Interoperability protocol.

The latter ensures that PRX can bridge to other blockchains, including Ethereum, Polygon, Polkadot, etc.

Related
243.6 Billion SHIB Scooped Up by Whales as Token Recovers from Recent Fall

Earlier this month, U.Today covered that Shiba Inu was listed by South African digital exchange VALR. Besides, the much-expected listing by the Robinhood trading app finally took place for the canine token SHIB.