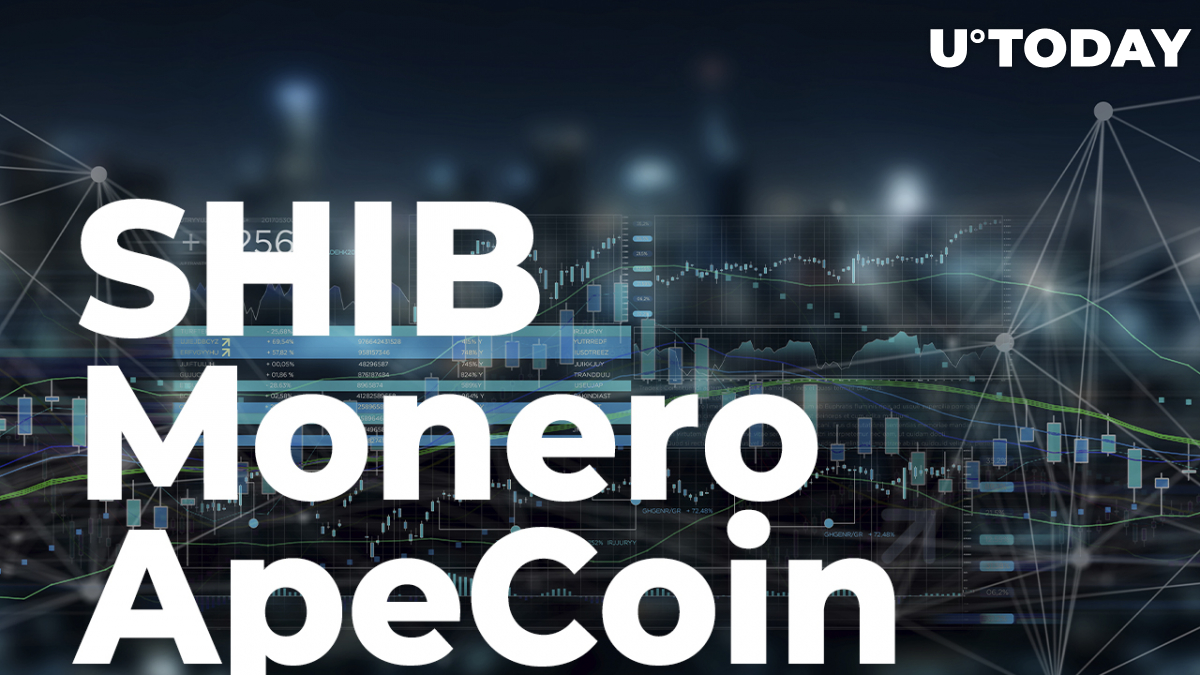 As top-tier cryptocurrencies like Ethereum and Bitcoin are plunging, altcoins like Monero, ApeCoin and Shiba Inu are adding close to 10% to their values in the last 24 hours, indicating traders and investors are choosing riskier options, per CoinMarketCap.

Shiba Inu on the rise

Previously, U.Today covered that one of the biggest whales on the Ethereum network suddenly purchased $6 million worth of tokens, which put Shiba Inu in first place as the biggest USD-valued holding on WhaleStats.

Monero on the rise

We did not expect it to see cryptocurrencies like Monero to rally during current market conditions, and demand for private digital assets remains neutral since the beginning of the year when XMR suddenly rallied.

At press time, Monero is the second fastest growing cryptocurrency on the market, with a 9% rise in the last few hours. In the mid-term perspective, XMR already gained more than 40% to its value, remaining one of the most highly profitable digital assets.

ApeCoin returns to the market

Amid a series of buying sprees on smaller altcoins, long-forgotten APE returned to the market with 10%  growth in the last 24 hours. There are no fundamental reasons behind the recent price increase, so traders are most likely redistributing their funds between projects to avoid Bitcoin exposure.

Since its initial listing on cryptocurrency exchanges, APE failed to reach the tracked all-time high of $40 and now trades at around $12. As for trading volume, APE lost more than 95% of it during the first month of trading.