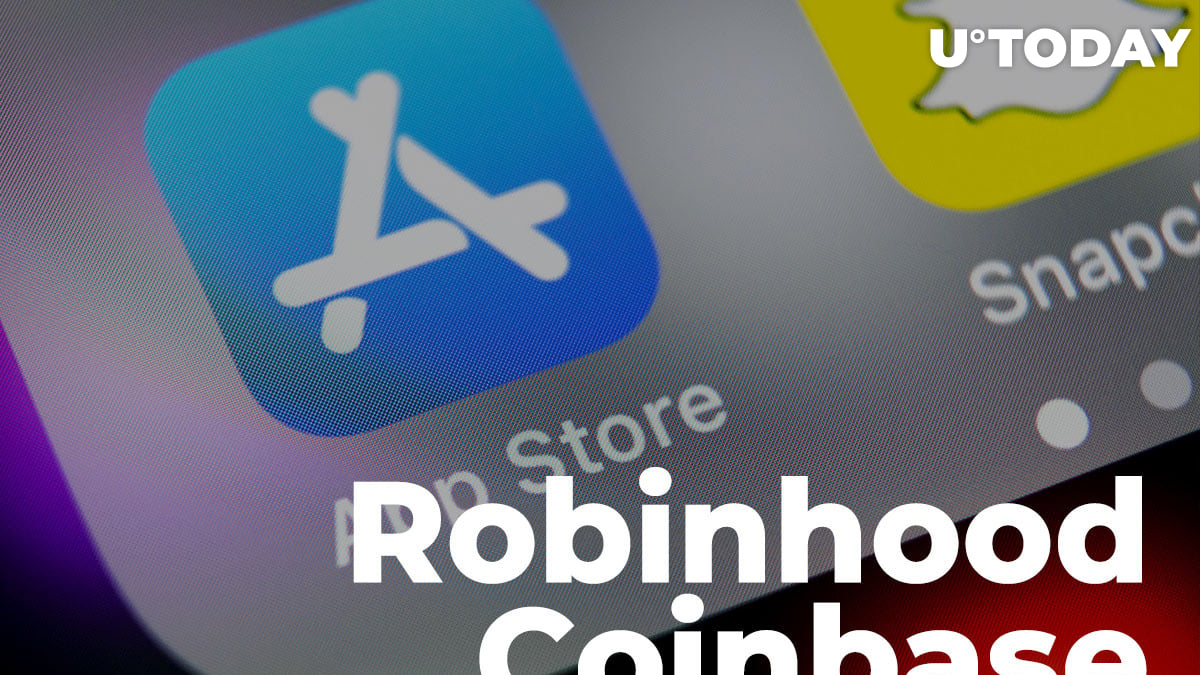 Robinhood and Coinbase have become the most downloaded apps on Apple's U.S. App Store, flying ahead of TikTok, YouTube and Instagram as cryptocurrency fever is kicking into high gear.

Bitcoin-friendly CashApp is in 11th place at press time.

On April 15, Robinhood, a popular commission-free trading app, experienced a severe outage that forced it to temporarily halt cryptocurrency trading. In its Twitter post, the company explained that the issue was caused by "unprecedented demand" for cryptocurrencies.

Coinbase, the leading cryptocurrency exchange in the U.S., entered the App Store's top 10 on April 15, following its landmark debut on the Nasdaq on April 14.

If Dogecoin's entering the CoinMarketCap top five were not a big enough sign of great retail mania, Coinbase's nearing the top of Apple’s App Store just might be one.

Cryptocurrency bulls should not necessarily be happy about it. The last time Coinbase became the number one app on Dec. 7, 2017, the previous bull run was in its final innings. Bitcoin reached the top of the previous cycle in less than two weeks.

While things could be different this time, such an extreme level of exuberance certainly leaves room for caution.