Alex Dovbnya
??The Chinese state policy maker has put Bitcoin mining on the draft list of industrial areas to be banned 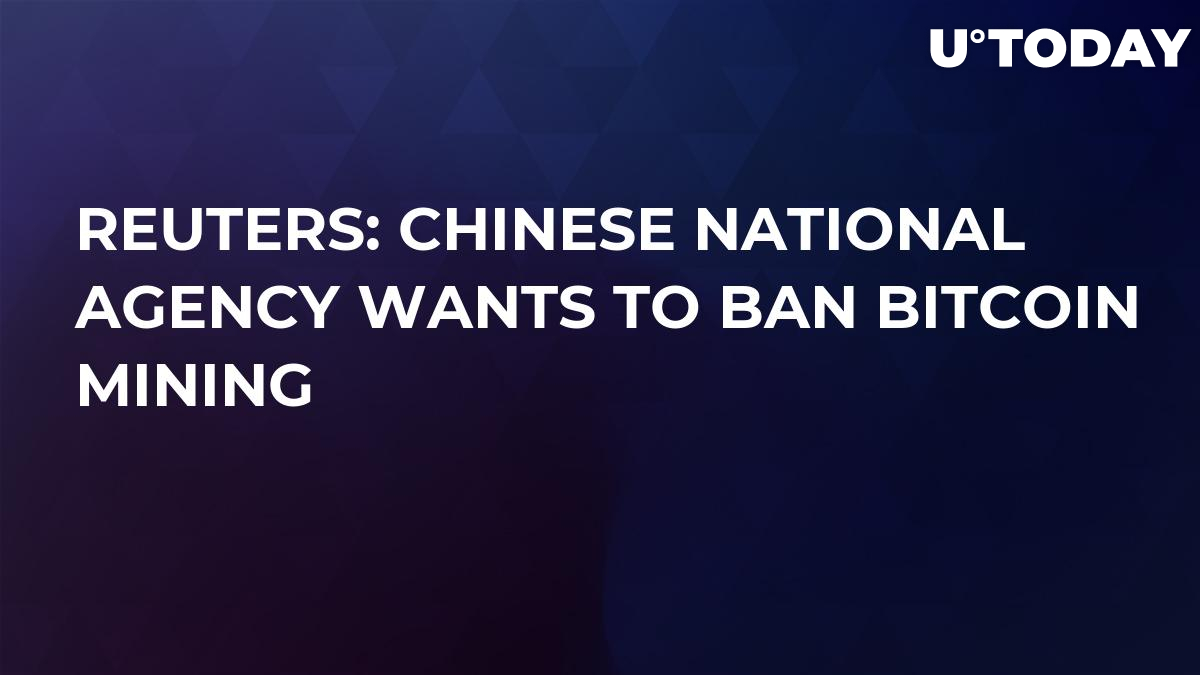 Reuters reports that on April 8, the National Development and Reform Commission (NDRC) presented a revised list of industry spheres in which it intends to take certain actions.

The agency wants to encourage, tighten control of, or ban some of these industries completely. The initial version of the list was created back in 2011.

Crypto mining, and BTC minting in particular, has now been added to the NDRC list. The activities on the list totals 450 items, which, as per the agency reps, are to be banned as quickly as possible since these industry areas do not comply with the current Chinese laws, are unregulated or are admitted to be unsafe or harmful for the environment.

The plan contains no specific dates when Bitcoin mining should be shut down around the country, which emphasizes the necessity to carry this out urgently. The public may comment on the draft list until the end of the first week of May.

The Security Times paper, owned by the government, has written on Tuesday that the aforementioned draft document shows the attitude of the Chinese towards the industrial policy.

Since 2017, China has been going down hard on the cryptocurrency sphere. First, the government banned ICOs. Afterwards it went after crypto exchanges, making them move abroad. Chinese traders kept using them through VPN or other roundabout ways.

Later on, China started a ‘witch hunt’ against numerous mining companies, including some of the world’s biggest ones, to have them relocate outside the country.

Some of China-based companies are leaders in the sphere of producing crypto mining equipment. Among them is Bitmain – a producer of mining chips founded by Jihan Wu, a major Bitcoin Cash supporter.

Besides, some major global crypto platforms were also founded in China before it began a severe witch hunt against this industry – among them are Neo and the Tron Foundation.