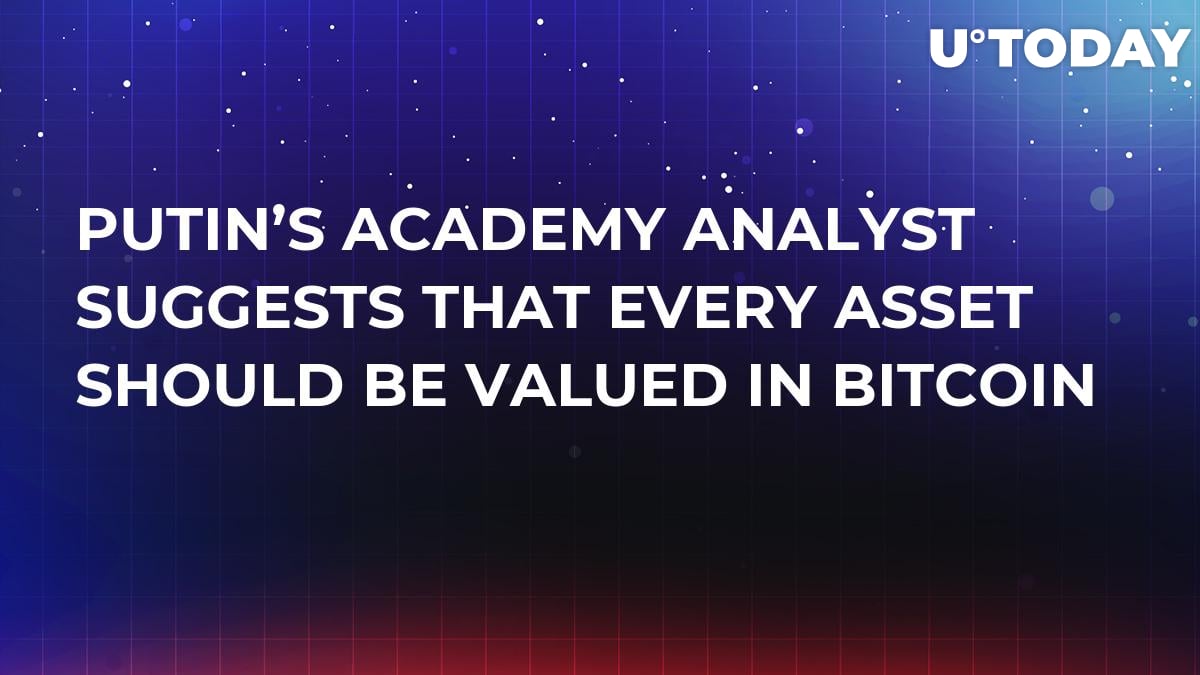 Vladislav Ginko, a member of the Putin Academy, is certain that Bitcoin doesn’t need to be priced in fiat. Instead, every single asset in the world should be valued in BTC, the Kremlin economist states.

Everything being priced in fiat gets corrupted, biased and unjust value. Bitcoin doesn't need be priced in fiat. Bitcoin is alpha and omega of just valuation of any asset in the world.

Related
Will ICO of “Most Successful Project of Russian Intelligence” be Affected by Russia’s Ban?

While cryptocurrency enthusiasts are constantly keeping tabs on the price of Bitcoin, Ginko adopts a completely different approach. Ginko claims that Bitcoin is ‘the most valuable asset in the world’, and there is no reason to sell the currency no matter what price its hits, calling fiat a ‘dead asset’. Russian oligarchs, who already own Lambos and yachts, see Bitcoin as a path to a new digital world rather than an investment instrument.

For serious people in Russia who already have Lambos, yachts and don't think as some people thinking "well, I've bought 0,5 BTC, when to the Moon???", they consider Bitcoins as a pass to new digital world where they can do this business as usually nevertheless US sanctions.

However, Ginko’s statements should be certainly taken with a grain of salt. Prior to that, he revealed to an Australian crypto outlet that the Russian government would start investing billions in Bitcoin, which would possibly trigger another bull run. However, his claims turned out to be completely false, and those publications that ran the story ended up with egg on their faces.

Bitcoin is superior to gold

Ginko also explicitly explains why Bitcoin is better than gold. Due to the fact that these assets have superficially similar features, Bitcoin is often branded as ‘digital gold’, which can be a better store of value than actual gold. While the latter is questionable (Bitcoin is still too volatile to compete with gold in that department), Ginko provides six reasons why BTC might actually be your best bet.

6 reasons why Bitcoin is better than gold

1. Almost 0 transaction costs
2. Safe storage
3. Censorship resistance
4. Bitcoin is more liquid than gold
5. Only one Bitcoin is a perfect capital accumulation for future pension
6. Your own bank