Alex Dovbnya
???Ripple, which is set to revolutionize cross-border payments, appears among the most innovative startups ? 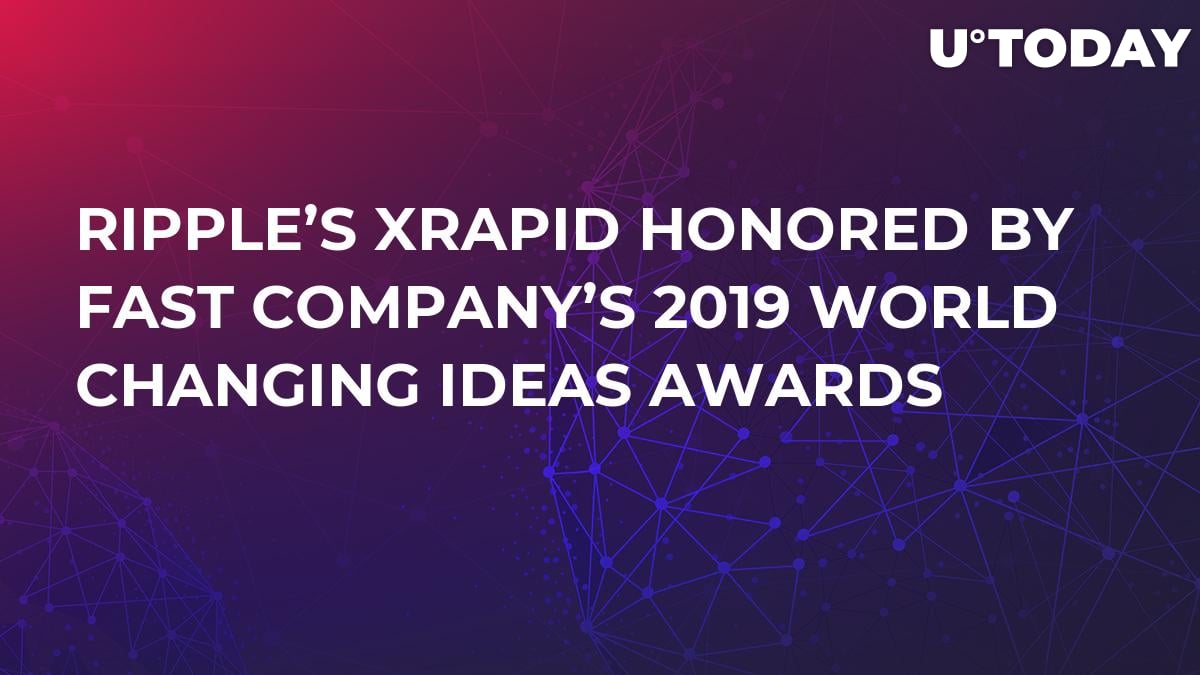 Ripple, the San Francisco-based cryptocurrency startup, has been honored by Fast Company's World Changing Ideas Awards for ‘helping to improve reliability and lower the cost of remittances in the developing world’, the company’s recent tweet states. Prior to that, Ripple was named one of the best employers in the San Francisco Bay Area.

Ripple’s most recent product, xRapid, was honored along with 16 other nominees in the ‘Developing World Technology’ category, which specifically places emphasis on those started that are targeting the developing markets with their disruptive technologies.

Notably, BanQu, the startup that won in the aforementioned category, also relies on Blockchain in order to provide financial solutions for the unbanked around the globe by creating a portable economic identity.

Aira is the winner in the ‘General Excellence’ category. The startup helps blind people connect to another a trained assistant who is able to see what the visually impaired person is supposed to see in front of him/her.

Ripple Labs announced their much-anticipated product for cross-border payments back in October, which made XRP surge to second place on CoinMarketCap (CMC). Unlike xCurrent, its previous-generation product that was adopted by more than 120 banks, xRapid allows banks and payment processors to convert fiat currencies directly into the XRP token in order to perform fast cross-border transactions.