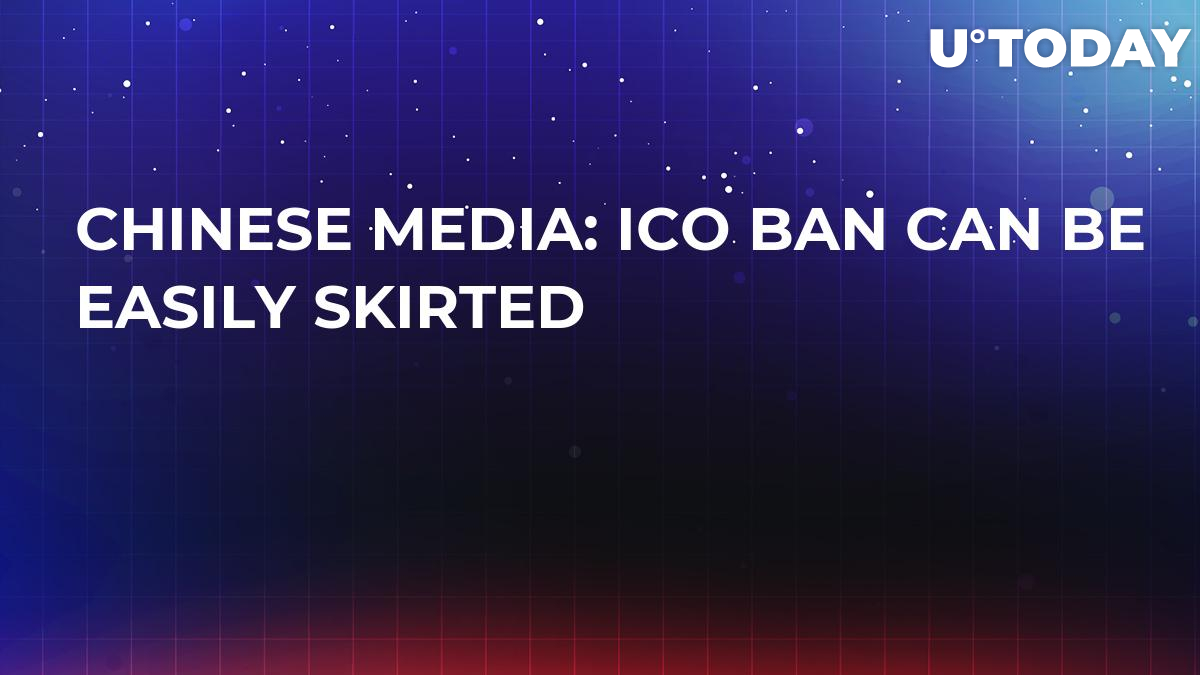 The team of Chinese Xinhua news outlet has researched methods to skirt the ICO and crypto ban in China, they have published the paper on the agency’s official website on Wednesday.

The major method to skirt the ICO prohibition in China, Chinese experts believe, can be working via foreign “dummy” shadow companies.

The news agency claims that after the implementation of tight regulatory measures regarding the ICO and crypto markets in China, local digital exchanges began operating abroad. Even though they are unavailable for the country’s home market, they still kept servicing local traders.

The majority of trading companies went off to crypto-friendly Malta. This, the researchers believe, can be proved by the wide spreading of the Chinese language in Malta-registered crypto exchanges.

How to avoid regulatory prohibitions

Xinhua also believes that exchanges are notifying their users regarding ICOs and operations with crypto via Telegram channels.

One of the insiders sharing information with the agency claims that OTC operations do not seem to violate any laws. Besides, as the experts remind us, the current Chinese crypto ban can be easily skirted by means of VPN servers. This is what Chinese traders began to do in early September.

As a reminder, the ICO ban was imposed by Chinese authorities back in 2017. Since then startups conducting ICOs began returning funds to the investors.

Related
How We All Go Into Space: Aliya Prokofieva Has Mission Under Control