Bitfinex Gets Its Bitcoin Back from US Government, Not All Users Will Be Compensated Though

Yuri Molchan
After the hack of Bitfinex in 2016, now US authorities have managed to recover some of the lost BTC and give it back to the exchange 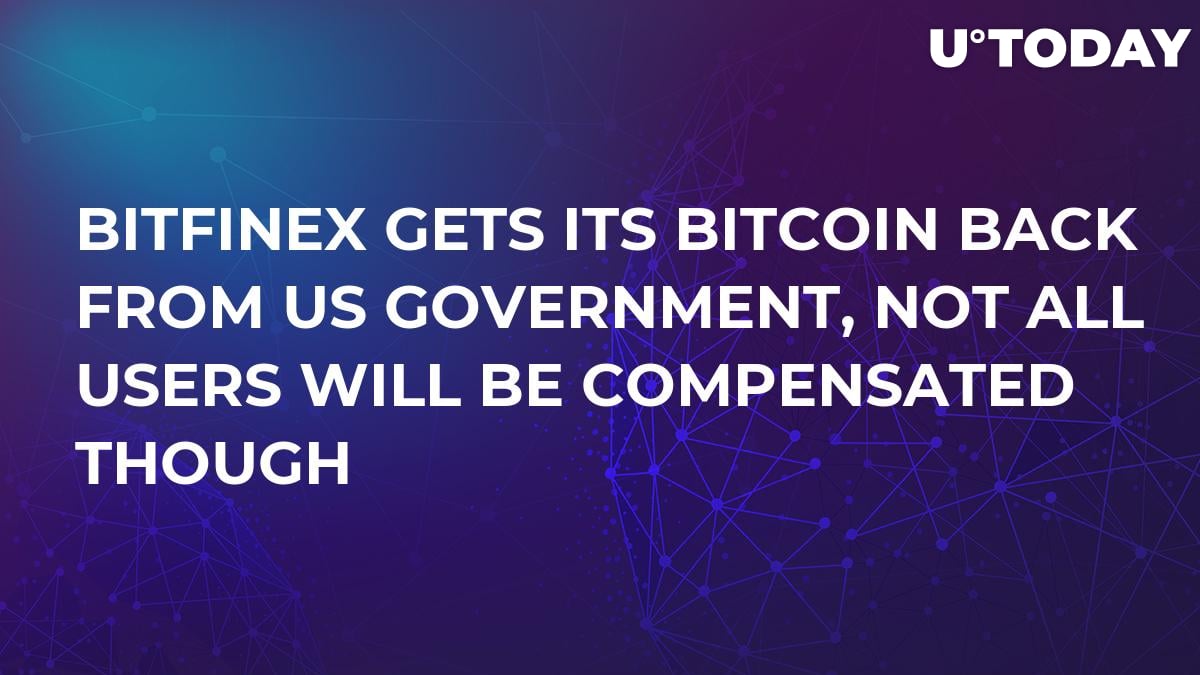 As the new week begins, in a Medium post Bitfinex announces that nearly 28 Bitcoins from the ones it lost during the malicious attack in 2016 have now been recovered thanks to the work of US law enforcement agencies.

BTC are returned to Bitfinex

The hack Bitfinex suffered in 2016 was well recorded in documents. Since then the platform has been cooperating with global anti-crime agencies to help them find the hackers along with the stolen funds.

In late autumn last year, the exchange got a notice from the US government that some of the BTC stolen in 2016 had been found.

Bitfinex has been given back nearly 28 BTC. In accordance with the strategy of funds recovery, this crypto will be paid out to Recovery Right Token (RRT) holders in USD.

Related
Bitcoin (BTC) Price Falls from $4,000 While Binance Reports ATH for Trading — Is Interest Back?

The plan to recover funds after the hack

After the hack in early August 2016 occurred, Bitfinex, being determined to reimburse its customers, chose a special method to do that. They gave their clients BFX coins at a ratio of 1 USD disappeared in the hack.

Bitfinex was eager to pay out the damage to its customers. In over half-a-year after the theft, all holders of BFX tokens got their coins redeemed at 100 cents on the USD or had the chance to get their tokens swapped for shares of iFinex Inc. capital stock. When it was done, all BFX tokens were burnt. Apart from that, Bitfinex launched an RRT token — a tradable one — for those users who changed their BFX coins into iFinex securities.

RTT tokens were made for those who did not use BFX ones and wanted to wait for BTC retrieval. Now that all BFX tokens have been exchanged for iFinex securities and burnt, the BTC transferred by the US government will be given back only to the RTT holders – 1 USD per 1 RRT.