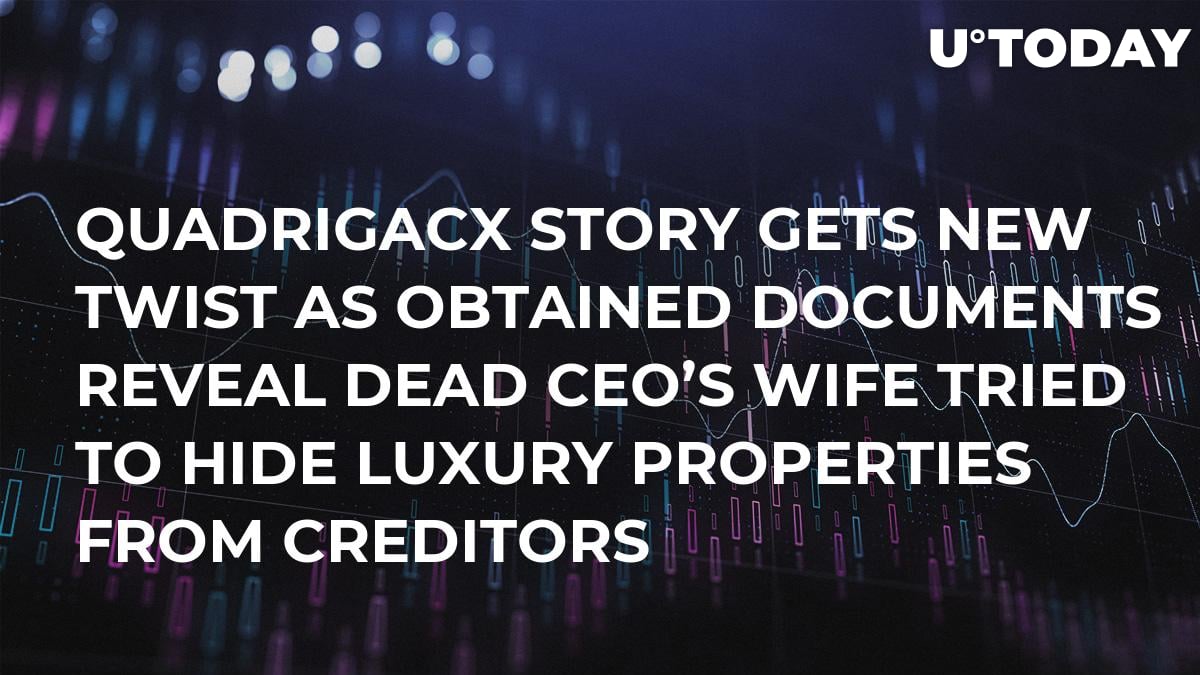 On Feb. 5, The Chronicle Herald, a major Canadian news outlet, published a report about obtained documents related to the QuadrigaCX case. It appears that Jennifer Robertson, the widowed wife of QuadrigaCX CEO Gerald Cotten, is actively trying to shield her properties from creditors, and lawyers call the move ‘suspicious.’

Robertson is the sole executor of Cotten’s will, which was signed off just days before his sudden death in India that has been since called into question. After taking out collateral mortgages on all four properties, she then transferred at least two of them to the Seaglass Trust on Jan. 30. According to law expert Daren Baxter, who works for McInnes Cooper, such a move would help protect her properties from creditors, but he also mentions that there are ‘legal avenues’ that they can take in order to gain access to her assets.

They won’t get her

Paul Trudelle, a representative of Hull & Hull law firm, claims that creditors would have a hard time going after Robertson personally. As a rule, directors or shareholders remain untouchable unless a certain company turns out to be an outright scam. Trudelle, however, admits that transferring properties to a trust fund is very unusual, which raises suspicions.

On Feb. 5, the embattled exchange obtained a 30-day-long reprieve from creditors. As the hunt for the $260 mln continues, the story has many crypto enthusiasts, including Kraken CEO Jesse Powell, questioning the veracity of their original claims.