Yuri Molchan
At the start of the week, South Korean exchange Pure Bit pulled an exit scam, disappearing and grabbing over $30 mln in crypto from customer assets 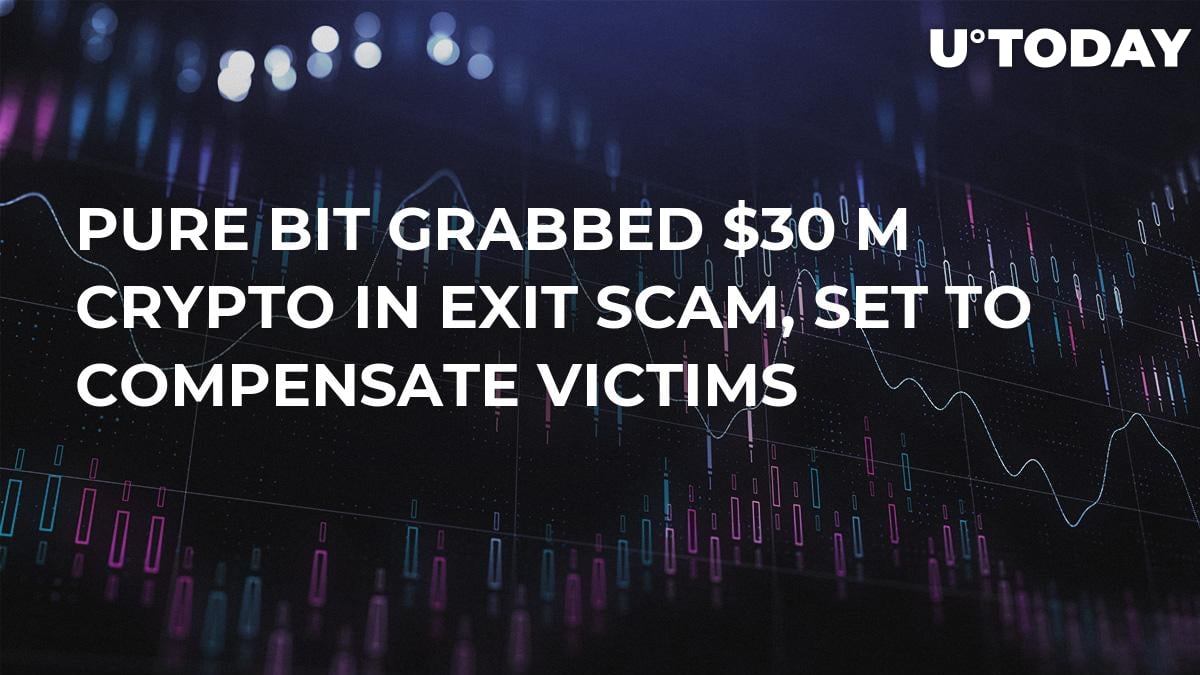 Over a week ago, the Pure Bit platform raised almost $30 mln in an ICO, taking funds from investors in Ethereum and promising to set up a crypto exchange. However, a few days ago, all headlines were shouting that Pure Bit and all of its operators closed down all their social media accounts, including groups in the KakaoTalk messaging app. This was followed with investors dropping out of numerous public chats and sending them a brief apologetic message.

Immediately after this happened, all major and minor media focusing on the finance or business sphere broke the news to the public and authorities.

One news outlet even was able to trace Pure Bit’s ETH address located on the Upbit exchange (the second largest in South Korea) and contacted management, requesting to freeze the culprits’ account and assets. Upbit agreed to the request and responded promptly.

This action could be due to Korean legal agencies stepping in or just the support of deceived investors by Korean mainstream news outlets and social media that covered the scam thoroughly. The guilty company has already reimbursed part of the losses to some of the investors and intends to compensate all others as well.

The scam maker has issued a statement, spread by BlockchainROK. In the statement, they apologized for the fraud; the CEO confessed that he was amazed at having so much money and made “an unforgivable mistake.” Then a whole flow of apologies followed. Apparently, the culprit has promised to return the ETH he/she had raked in if investors provide their ETH address on EtherScan.

?? - PureBit scammer apologizes and says he/she will return 50% of funds stolen to victims if they prove their addresses on EtherScan.

The total amount of money Pure Bit raised was 16,000 ETH. This is the money the CEO reportedly promised to return, save for the fee paid for the permission to conduct the ICO that the company had to pay to a third party.

Recently, U.Today also wrote about a small-scale Canadian crypto exchange called MapleChange that was allegedly hacked. The crypto community did not believe that and suspected an exit scam with top figures in the crypto industry, such as Changpeng Zhao and Joseph Young, blowing the scandal to a bigger scale by posting their negative comments on Twitter.

Later on, the exchange posted a message promising to do their best to refund the losses at at least partly.

The season of hunting down crypto scammers is open

Presently, all over the world and especially in South Korea, regulators are cracking down on crypto scams and frauds to protect investors from losing their funds. Apart from scams, South Korean regulators — such as the Financial Services Commission — are going after crypto exchanges with bad security systems.