Darryn Pollock
Adding a cryptocurrency payment option can be attractive for your business, but in today’s economy, should you be considering it? 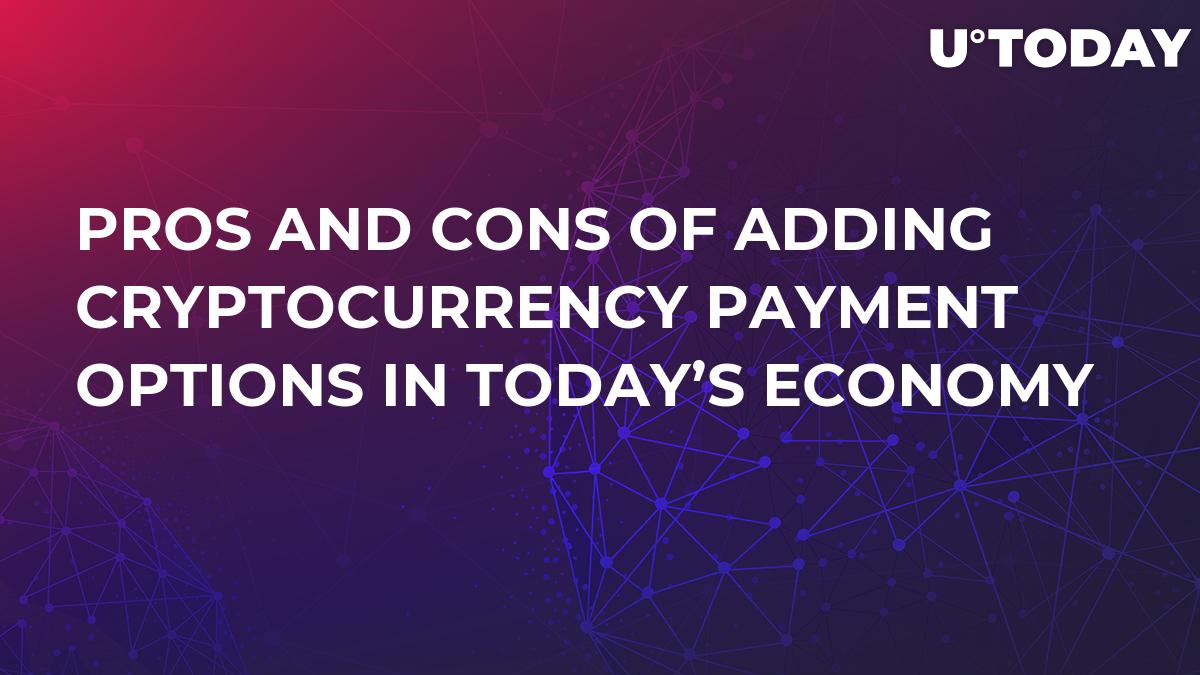 The way in which cryptocurrencies have blown up in popularity has meant that a lot of merchants have considered adding them as a payment option to their stores, be it online or physical. However, it is not as easy as suddenly accepting PayPal, or Square, Apple Pay or such.

There is a lot to consider before taking the dive into being a cryptocurrency accepting store, and even more to consider in today’s economy. There are a lot of pros, but also many cons to consider, as well as some difficulties that you can't come across with other payment options.

One of the biggest pros about accepting cryptocurrency is the free marketing that often comes with it. Because of its emerging nature, people are interested to see the extent of which Bitcoin and other cryptocurrencies can spread.

There have been instances in Real Estate where companies have decided to accept crypto for houses and as such, they have been given a big boost in the mainstream media and drawn a lot of attention to their endeavors.

By accepting Bitcoin at a store or shop that is slightly interesting a nuanced, there is every likelihood that the news of such could make it into the media.

In terms of the nuts and bolts of accepting cryptocurrency, the biggest pro is that it is a global currency and not subject to national legislation or foreign currency exchange rates. If people are using cryptocurrencies to buy from your store, especially online, it is a simple process devoid of any real intruding regulations.

Of course, it is not all ease and bonuses involving yourself in such a nascent payment system. Firstly, it is not that easy to set up for business purposes, especially when it comes to declaring for tax and revenue purposes. There are a few companies that are looking to help in this regard.

In fact, even the act of receiving a payment is not that simple, especially when one is looking to use it in a brick and mortar store. Point of sale cryptocurrency equipment is available, but it is very new and needs some ironing out.

Additionally, the volatile nature of cryptocurrencies has always made them a difficult thing for merchants to accept. The fact that a payment you received yesterday could be worth 20 percent less today does not make running a business easy.

With the volatility, there is also a constant battle with cryptocurrencies and their use for micropayments. Bitcoin has in recent times been counted out as a vehicle to make micropayments with because of the time it takes to transact, and the fact that the fees can rise substantially.

There are other cryptocurrencies which are looking to bypass these problems, but their issue is that they are not as widely known or adopted as Bitcoin.

Cryptocurrencies are in a strange space in today’s economy. They have passed the first hurdle of adoption where it would be fair to say that the majority of the world has at least heard of them. This is because of their massive rise in price that hit all the headlines at the back end of last year.

However, as Vitalik Buterin has said, this also means they have probably hit a ceiling when it comes to their investability, so a lot of people have either given up or are not as excited about them anymore- slowing adoption.

However, despite the slowing in adoption, which would also lead to fewer people using them as merchants, there is still a long road to go where adoption is sure to flourish. Picking up cryptocurrency now for payments allows one to be a pioneer and get a massive head start should the become even more normalized for payment down the line.