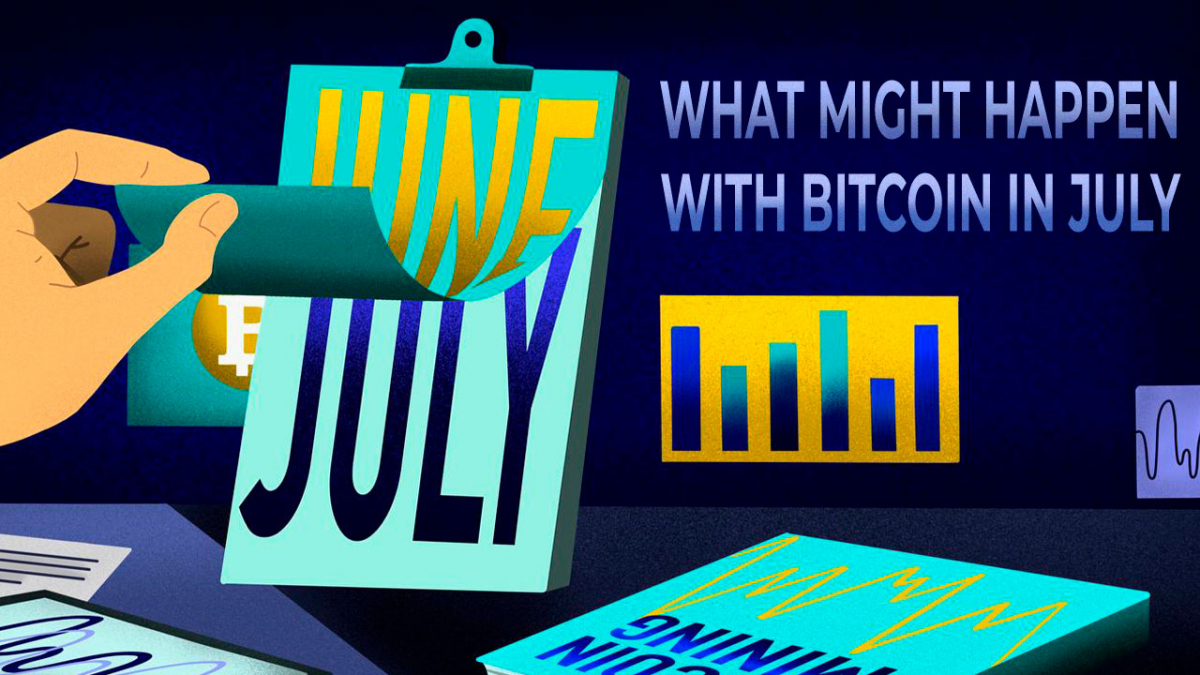 The cryptocurrency rates have been dropping sharply in the last few months, but by mid-June, there was a breakthrough and an unpleasant scenario for the crypto holders. Bitcoin has dropped below $20,000. These are the lows since December 2020. A few days later, the review price dropped to a shocking $17,615 for the first time since November 2020. The collapse has called into question cryptocurrencies' future in general. What developments are possible in July?

According to many financial analysts and critics of cryptocurrencies, there are no serious reasons for a change in the downtrend in the cryptocurrency market. Rather, on the contrary, attitudes are only becoming more depressing, on a global scale.

If before the Fed tried to avoid mentioning a possible recession, then last week the head of the American regulator Jerome Powell, speaking in Congress, was nevertheless forced to admit that it is quite likely in the current conditions. According to Fed research, high inflation and low unemployment have historically been harbingers of economic trouble, so bitcoin’s volatility is no exception.

There are 2 scenarios Bitcoin might follow in July. The first is a pessimistic one: inflation and the global economic crisis will lower digital gold even lower, to the next support level (the price level at which there is a lot of resistance from buyers) - $16,000. However, most likely we will see a flat - the price will remain "locked" between $19.000 - 22.000 until the next global news and world changes.

The second scenario is optimistic-realistic: observing what’s happening, the whales (major players) manipulate the price, causing panic and fear in the market. As of today, the Fear&Greed level is at a historically low level of 11 (extreme fear). The largest holders (Microstrategy, Tesla, and El Salvador) are actively buying more bitcoins in this bearish phase. “Thank you for selling cheap” - a quote from the President of El Salvador.

Historically, if Bitcoin falls more than 70% from its all-time high, it triggered a market reversal. Given the current situation in the world, predicting this for July is like taking a wild guess, hoping to anticipate lightning during a thunderstorm. However, we already see an active growth of wallets with 100+ BTC and a massive outflow of cryptocurrencies from exchanges.

No one doubts that bitcoin might resume its growth shortly (except for active opponents of cryptocurrencies). Investors will use bitcoin to hedge against inflation as the Fed (US Federal Reserve) will continue the release of the money.

SunMining - they are among the first who began to mine cryptocurrency in an environmentally friendly way using modern technology, which allows them to keep up with the times and increase their income while protecting our environment.

Renewable energy sources: sun, water, and wind help to increase the capacity of the mining farm, which is an indisputable advantage for everyone who rents power from these professionals. A large selection of contracts allows everyone, both beginners and professionals, to try add it to their arsenal of passive income. All you need is to visit their website and get familiar with the offers.

In case of any questions about the service or suggestions, write to

support@sunmining.energy and technical support specialists will not only answer all the questions but also guide the new joiners in the world of eco-mining.