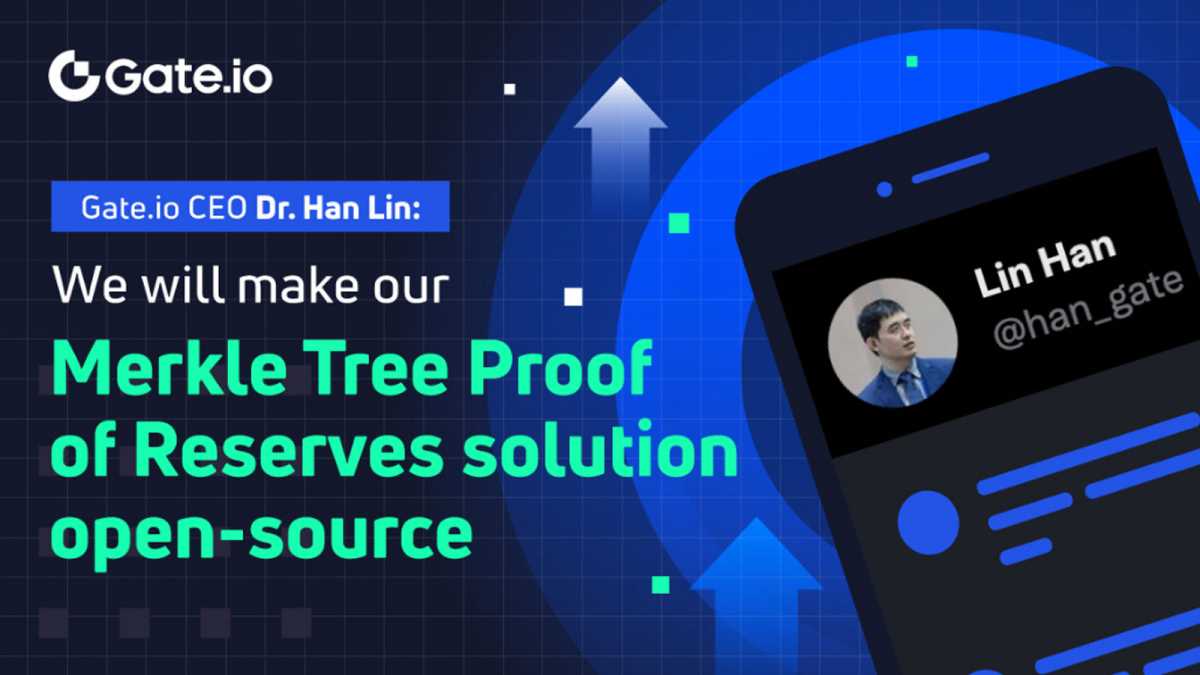 With users’ trust hanging in the balance, several cryptocurrency exchanges are promising to conduct Proof of Reserves audits after a major exchange halted withdrawals due to dwindling BTC reserves. To help boost trust and transparency in the industry, crypto exchange Gate.io has made its Proof of Reserves auditing solution open-source.

In 2020, Gate.io became the first cryptocurrency exchange to provide a third-party certified and user-verifiable Proof of Reserves audit. The exchange also just completed another audit this past October, showing it holds over 100% of its users’ BTC and ETH in reserve.

Gate.io carries out audits in a manner that maximizes transparency. How it works is the leading U.S. firm Armanino LLP will audit and publish a report on Gate.io’s reserves alongside user account balances that are compiled and encrypted using a Merkle Tree, one of the fundamental components of blockchain technology. With the Merkle Tree approach, users can then independently verify that their account balances are reflected in the reserves reported by Armanino LLP.

This method pioneered by Gate.io is now open-source on GitHub, as announced on Twitter by the Founder and CEO of Gate.io, Dr. Lin Han. In light of recent events, exchanges should learn from Gate.io and employ its now open-source method. Its widespread implementation by exchanges would drastically improve confidence and openness in the industry, which is needed regardless of major insolvency or liquidity incidents. 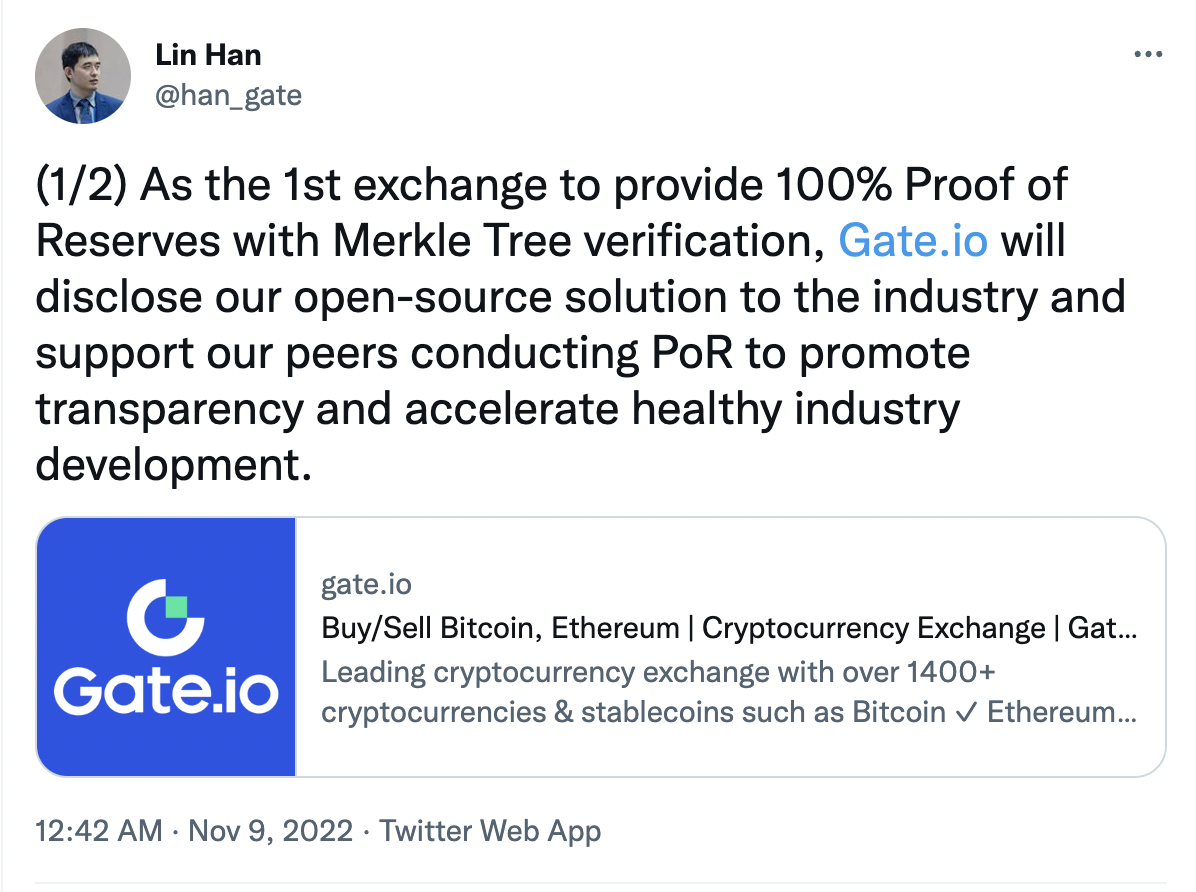 Furthermore, Gate.io calls on other exchanges to commit to more safe and stable practices:

“Enabling trust and transparency with users is of the utmost importance for market stability and the future of cryptocurrency. Providing 100% Proof of Reserves is a part of Gate.io’s commitment to user asset security and the long-term health of the crypto industry,” said Dr. Lin Han.