Post-ICO Review: Trade.io an Exchange With a Change

Eric Eissler
An unlaunched exchange where you contribute to its liquidity, sounds shaky 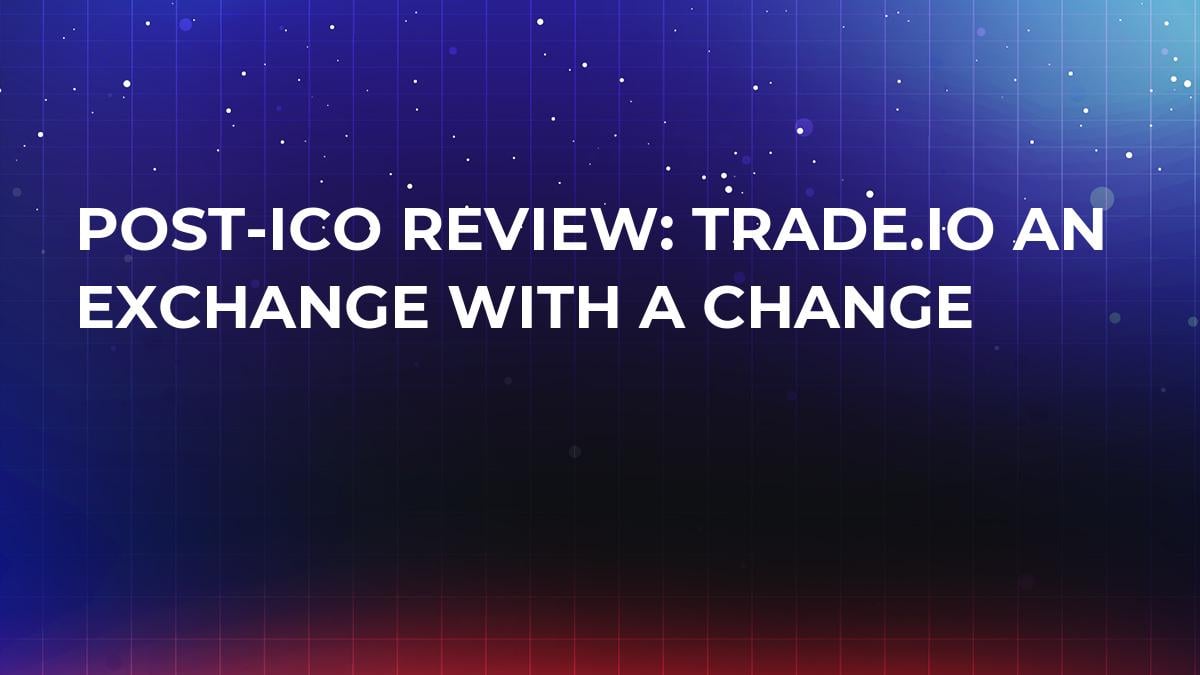 Trade.io is hoping to become the first partially decentralized exchange that maintains liquidity by having its users essentially lend their tokens to the platform in exchange for “interest” paid back in TIO, the platform’s token. However, simply holding TIO does not entitle users to the rewards. They must actively put the tokens into the liquidity pool for the rewards. However, this has some negative side effects as you can lose your TIO.

Stack them high, spend them slow

Where are all of the developers? There are too many bankers

A concern about Trade.io is that their whitepaper team is stacked heavy with financial advisors but seems to make little note of the development team only three of the listed people have roles that could be described as development. If they are going to be running an exchange then they are going to need a top team of developers and programmers to get the site up and running and to be able to fix it should trouble strike.

I wanted to get to the heart of the matter concerning this company and how this exchange is supposed to work in laymen’s terms. I had sent an email with some questions: “There is a lot of competition for exchanges, what sets yours above the rest and why are clients going to choose yours over the others? What is your next milestone? The working exchange? When do you plan to have it online?” I was met with a rather automated response that read: “I will pass this onto the relevant department and if we are interested, we will be in contact accordingly.

Please feel free to send some further information over regarding costing packages, traffic, channel and ROI.”

Maybe they thought I wanted to advertise with them? Traffic, channel and ROI? We are not really sure when the exchange is going to come online, perhaps it is the lack of developers that is contributing to the launch delay.

Worthless coins in the junk drawer

While there are plenty of exchanges out there that function well, some better than others, I don’t see the benefit of lending your own funds to fund the liquidity of others, you could lose easily. The decentralized aspect of the exchange is good, but they state it is only semi-decentralized. There is just a lot about this exchange that does not add up right. Best of luck, but we might be reading about Trade.io in ICO failures a year or two from now.