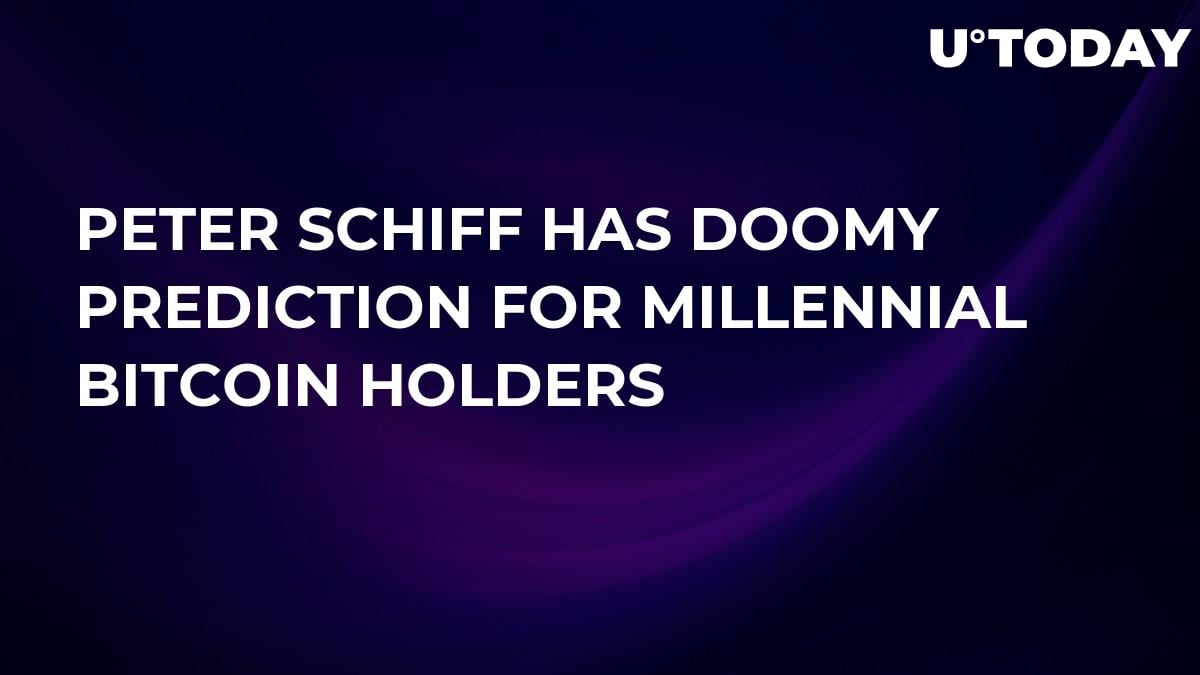 Euro Pacific Capital CEO Peter Schiff thinks that millennials who choose to invest in Bitcoin could still earn their money back. Schiff is certain that getting their savings wiped out could be a valuable lesson for the representatives of the most crypto-friendly demo.

The good news is that all the Millennial Bitcoin hodlers who are about to get wiped out in #Bitcoin are still young enough to make their money back. They will also have a lifetime to benefit from the wisdom that comes from losing money and leaning from your mistakes.

The new doom-laden tweet just one day after the gold bug's latest interview on Kitco where he lambasted Bitcoin, crypto "propaganda" and holders for four minutes straight.

Schiff said that he wasn't an old fool that failed to understand the technology behind it. Instead, he took a jab at the millennial generation that keeps falling for the "fraud." He also predicted that the price of BTC would continue to go down despite the 2020 halvening.

"I just think that we are in a bear market. Bitcoin topped out about two years ago (in fact, a little over two years ago). So the price of Bitcoin has been falling for the past two years, and I expect that to continue."

Prior to that, he slammed BTC for being an alleged "pump-and-dump" scheme.

The generational transfer of wealth

In the opposite corner, there is digital asset management firm Grayscale that is known for its anti-gold stance. Grayscale's "Drop Gold" campaign ruffled the feathers of many gold bugs, including Schiff himself.

Bitcoin is promoted by Grayscale as digital gold that comes as a viable replacement for shiny and bulky rocks.

As reported by U.Today, Grayscale's managing director Michael Sonnenshein recently opined that Bitcoin a lot of money could flop into Bitcoin as a result of the $68 trln generational wealth transfer to millennials.