Alex Dovbnya
Bitcoin could be an attractive investment option for wealthy millennials, according to Grayscale's managing director Michael Sonnenshein 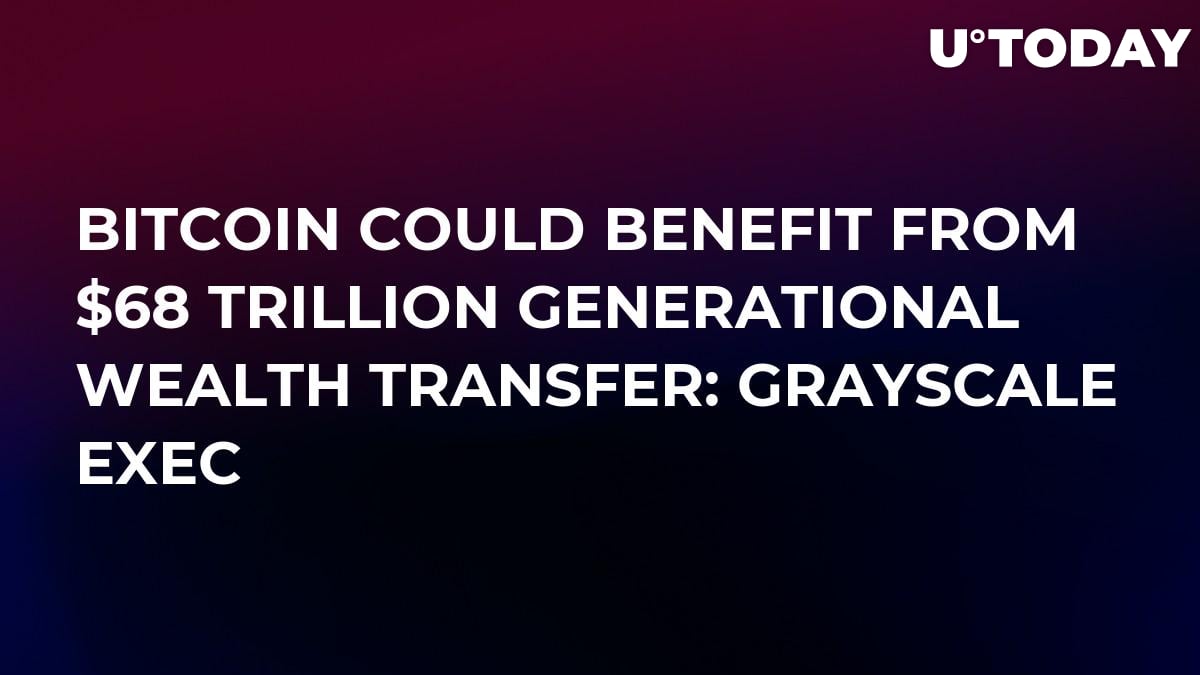 Grayscale's managing director Michael Sonnenshein recently made an appearance on Yahoo! Finance where he weighed in on the upcoming generational transfer of wealth that could do wonders for Bitcoin.

"The $68 trln of wealth are going to be passed down to millenials over the next 25 years. That's a lot of capital," Sonnenschein said.

The Grayscale exec doesn't expect all this money to flow into Bitcoin but he states that the top coin is "certainly" going to resonate with the millennial audience (aged 18 to 37).

Back in July, Grayscale released its report, which showed that 21 million US investors considered putting their money into Bitcoin. Sonnenschein thinks millennials could be the generation that will drive the adoption of cryptocurrencies.

He points to the recent report released by brokerage firm Charles Schwab, which shows that the Grayscale Bitcoin Trust was more popular with millennials than Netflix and Disney.

A Bankrate survey found that millennials were five times more likely to put their money into crypto compared to the generation of baby boomers (55-75 years old).

The least Bitcoin-friendly demo might not be a completely lost cause. As reported by U.Today, Galaxy Digital CEO Mike Novogratz wants to tap into the immense wealth of elderly Americans with his two new Bitcoin funds.

The cryptocurrency industry is generally considered to be dominated by men. They represent 79 percent of all crypto-related event speakers. However, Grayscale findings show a different picture -- 43 percent of all interested investors are female.

Still, there is an educational gap, which appears to be the biggest hindrance for those women who want to dip their toes into crypto.