Eric Eissler
Another power company on the crypto bus, revenues are good, but third-party support is out of the question 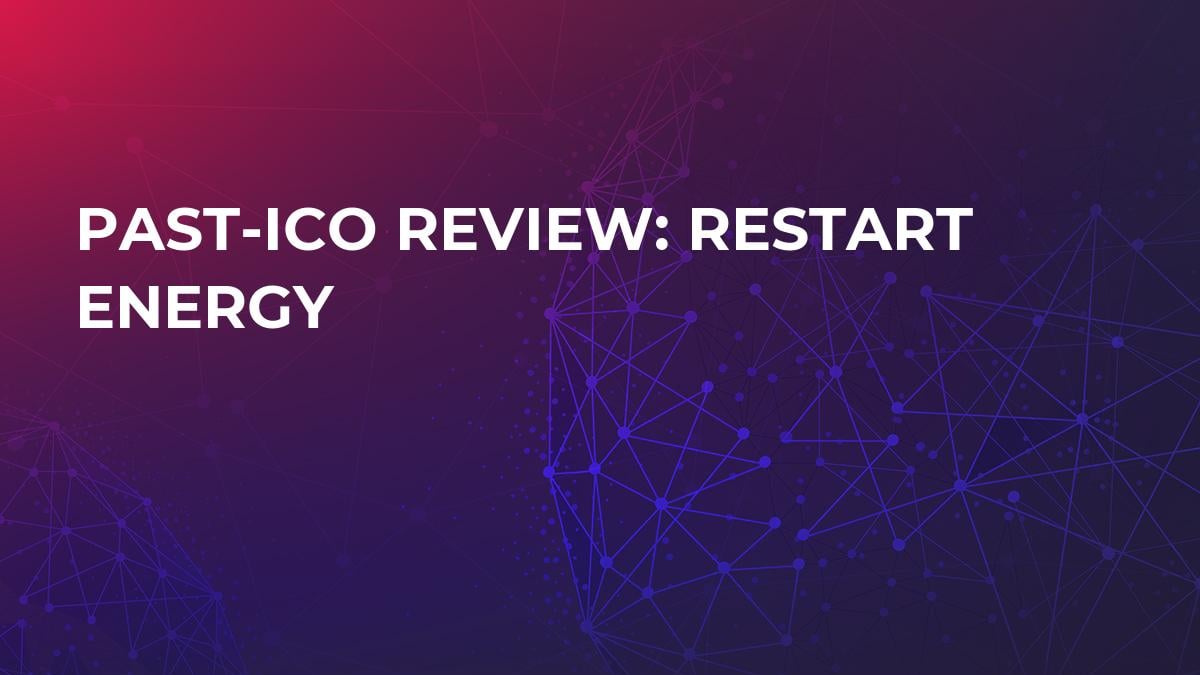 The definition of success in the crypto world still has not really been clearly defined: is it token price, market cap, actual revenues, or number of followers on social media? For the cryptosphere the judges still seem to be out on that verdict. However, when a company is growing and taking in revenue then that is a tell-tale sign of a something being done right, and dare I say it, a success?! Well, let me not mislead you dear readers, Restart Energy is an already existing power company that has jumped on the bandwagon and launched a cryptocurrency to garner attention, capital, and well-taking advantage of the crypto wave to promote itself.

Domuta is also the president of the Romanian Blockchain Association. Before getting into Blockchain his career has been focused on the energy industry, which has led him to where he is now at the convergence of energy and Blockchain.

Doicaru has been a successful leader in the power generation industry, where he has held several jobs in plant management.

Avram has a passion to merge the business world with the tech world and to create a greater business engine to drive the economy. He has had much professional experience in tech and business. He is part of the Romanian Blockchain association and he also founded a school to teach to the younger generations.

Since U.Today has been able to review several power generation companies in the cryptosphere, there is concern that could be legal problems relating to the tokens in the future, because they may be considered a security, given that token holders are receiving energy as a reward for holding the tokens.

WePower uses a similar model of rewarding token holders with energy and so far. European regulators are happy with this, but things shift quickly in the crypto world and there is some concern that regulators might change their minds on this.

Another potential issue is that Restart Energy is not allowing any third party apps on the RED Platform, however, they are open to possibly allowing third parties in the future. Power Ledger is allowing third-party apps, which could help reduce the level of resistance they feel from existing players in energy markets.

Without the third-party app support, it might be challenging to for Restart energy to further expand and compete in the market.