Green Energy Competition Heats Up Down Under: Past-ICO Review

Eric Eissler
On the road to a fall business launch, WePower sets itself apart from competition 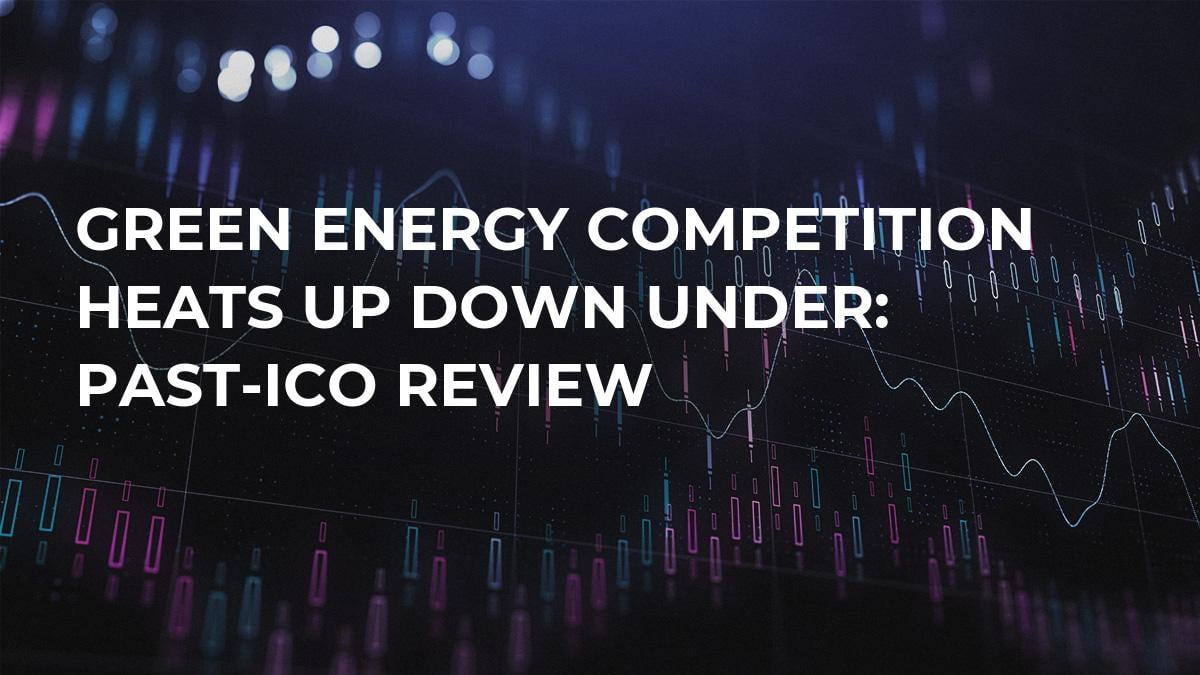 The tokenization (what isn’t getting tokenized these days) of electricity is one major use utility that has recently caught on in the Blockchain space. A number of similar projects have surfaced, with a major competitor, Power Ledger, vying for one of the same green energy markets in Australia.

High competition in this space plays a positive role overall as the driving force of innovation, but the implications for any individual company, including WePower, where total market dominance is not guaranteed, but rather working varied energy projects.

WePower and Power Ledger comparison: they are different

Thanks to some tweets,  we had a chance to get some info on what makes WePower stand apart from Power Ledger. WePower is focused on energy financing platform that will create and oppertuing for green energy production that will allow companies to raise capital by selling their “future energy production”. This is a major difference, is that they are selling energy before it is created. Whereas Power Ledger’s financing is equity based, which is similar to the current energy financing systems. WePower’s Smart contracts offer a much leaner and easier method of getting green energy projects financed. WePower is focusing on utility based energy transfers, where as Power Ledger is developing a p2p distribution network. WePower has a different blockchain and token, which accumulates value with the growth of the platform, where all energy is pooled and be bought or sold once it is produced. WPR token is also used for trading energy at auction. Power Ledger’s token is used for subsidizing energy retailers.

Throw another bill in the bank, mate!

Team is not from Oz

The company is Lithuania based with an office in Estonia. They are working on power projects in their respective countries as well as, most notably in Australia and Spain- it’s pretty sunny in these countries.

WP’s main goal is to make green energy projects easily financed by allowing it to come from the community and individuals as opposed to the traditional top-down method of financing.

The financing model created by the WePower ICO incentivizes both producers and energy buyers to use the platform.

For producers, the model helps to increase return on equity by 20-25 percent, according to the website.

For consumers, buyers purchase energy upfront on the market for a reduced cost. Since the energy rights are held within a smart contract, energy that is not used is liquid and can be sold in the market.

This is tokenization in action right here, making things that are not normally liquid, ready to be sold at a moment’s notice.

Buyers, therefore, have access to cheaper energy, using only what is needed and reselling the rights to access the surplus.

On schedule for business launch

WePower has some cool stuff going for it, and they are pushing ahead with releasing the v1 platform this month and are running ahead of schedule with the v2 platform. These platforms will help with new business and green energy project registrations. The official business launch is scheduled for the Fall 2018.