Eric Eissler
To become a great tech company, one must weather the great crypto correction of 2019-2020 and get on the grid with financial regulators and government 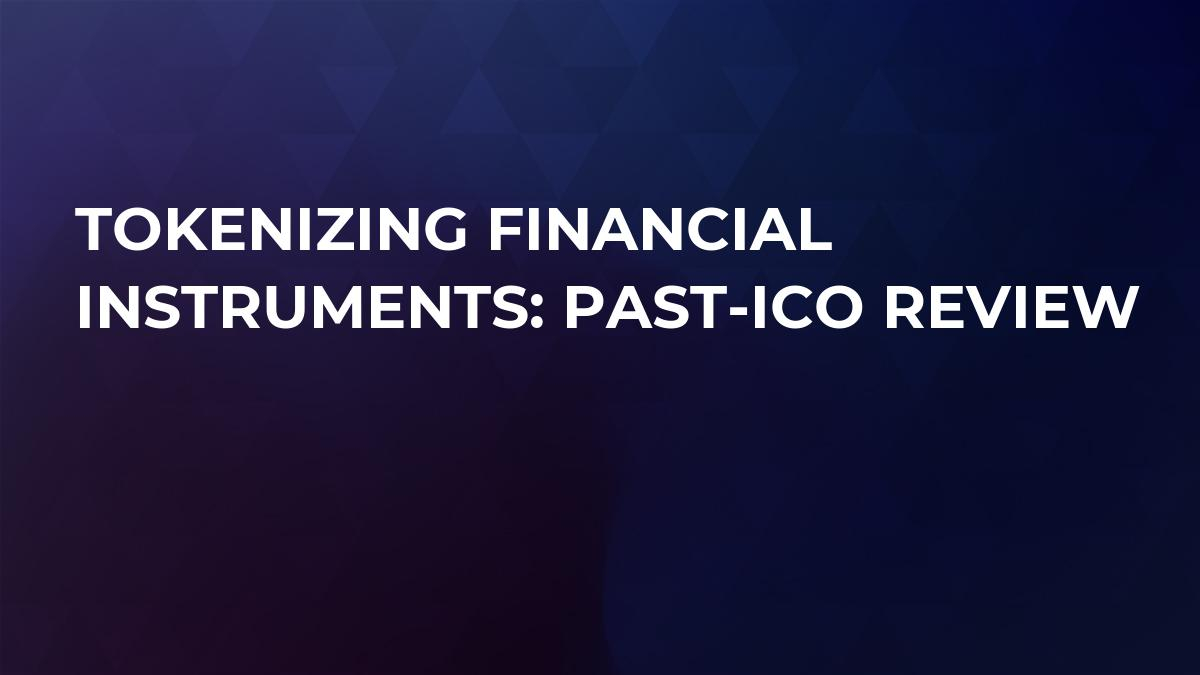 Tokenization is growing more and more, as people figure out to take ordinary assets such as real estate to tokenize their value and make them easier to buy and sell.

Jibrel Network is doing the same, except they are allowing users to digitize traditional finances such as currencies, bonds and other financial instruments by allowing users to make fiat deposits in exchange for Crypto Depository Receipts (CryDRs).

For those unfamiliar with the term, “Crypto Depository Receipts are smart contracts that represent the value of a real-world asset.

Users can convert Jibrel Network Tokens (JNT) into CryDRs representing fiat currencies, commodities, bonds or even securities. CryDRs can be transferred to another individual or entity, who can redeem the token for the underlying value in JNT with the Jibrel DAO. CryDRs have smart regulation embedded, meaning all transactions are KYC / AML compliant,” according to the website.

Currently, Jibrel Network already has one running project, jWallet, which according to the team can store financial assets such as currencies, commodities, bonds and shares in the Ethereum Blockchain.

An alpha version of the wallet, which provides an easy way to store, transfer, and convert ERC20 compatible tokens, has already been released.

In addition, the jWallet incorporates a high level of security, and does not store any sensitive user data; none of the keys ever leave the device.

However, unlike most cryptos it was not a rapid decline, Jibrel Network’s token had several upticks in April and May before continuing its decline.

CoinMarketCap has it ranked at 245 with a $26 mln market cap and about $1.1 mln in daily trading volume.

Yazan has over nine years’ financial services experience at top management consultancies such as Oliver Wyman and Deloitte. He is proficient at Javascript, HTML, CSS, React and most front-end frameworks.

Victor has over 10 years’ development experience and ran a top three altcoin mining pool (pool.mn) between 2014 and 2016. He is proficient at C++/C, Python, Java, C#, PHP, JavaScript, and Solidity, the programming language of Ethereum.

Talal has more than six years’ experience in financial advisory roles at top-tier consultancies (PwC) as well as private investment funds. He is proficient at Python and SQL and is learning front-end development.

Getting on the grid

The main idea behind Jibrel Network is to be able to work with governments to be able to get the middleman out of the financial network and let the system run with the trustless smart contracts in place.

Barghuthi claims that this is the natural progression of the financial system with Blockchain technology in place.

While some may argue, that staying on the grid goes against the principals of what cryptocurrencies stand for, Barghuthi argues the contrary and points to the global economy as a massive untapped market for his technology.

“Okay, you can stay off-grid, and that’s a $500 bln market. But if you go on-grid, you can start tackling the issues with the $34 tln global economy," Barghuthi told Forbes in an interview.

Survival of the fittest

While the technology and services sound very promising, the major challenge ahead lies in surviving the massive crypto correction of 2019-2020, as outlined in the roadmap.

Many cryptos are going to fold during this time and it is important that companies that want to survive to take the opportunity to have a well thought out plan to weather the storm. CryptoComes wanted to gain further insight into how the company plans to position itself to weather the storm and then, as described in the roadmap, become a tech giant after 2020, but our inquiries went unanswered.