Crypto does not have to be cryptic 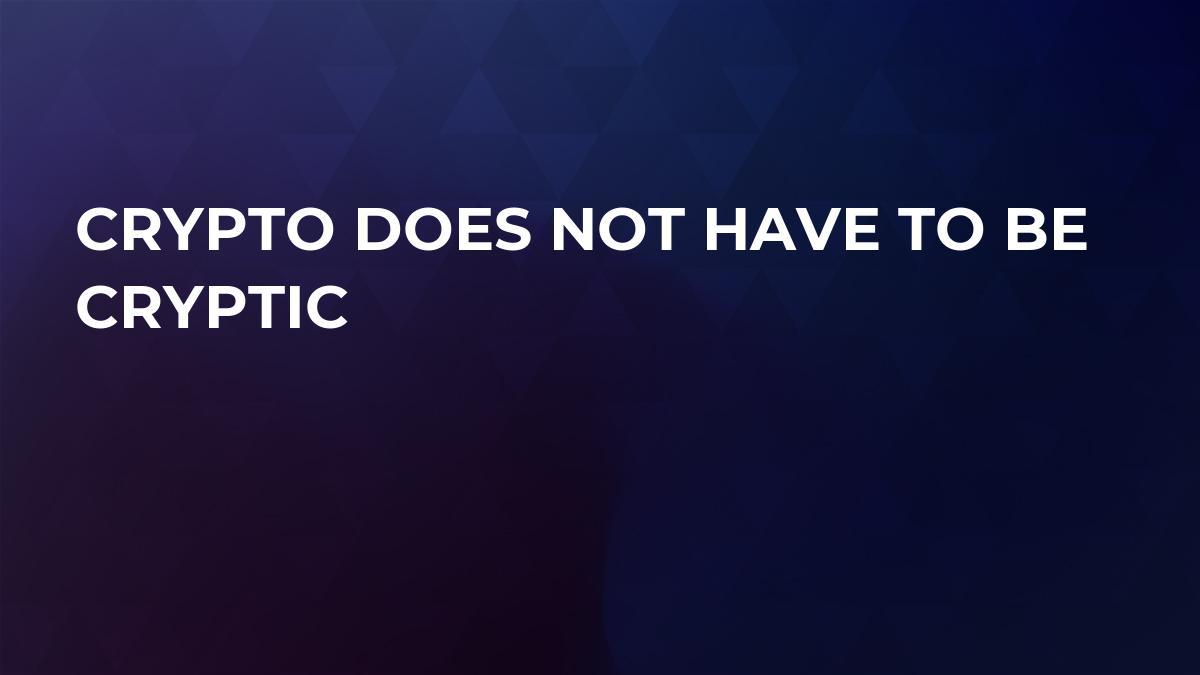 No more struggles with cryptic addresses. Send cryptocurrency to a @username and more features

Today almost everyone has heard the “crypto is the future” statement. Bitcoin, blockchain, cryptocurrencies have become modern buzzwords and even couch analysts make bold forecasts about crypto disrupting the finance system. But how many people are really using the technology? And more importantly, who are these people?

Despite the impressive spread of distributed ledger tech (that’s now implemented pretty much everywhere from finance to genomics) and the constantly growing ICO market (in the first 7 months of 2018 ICO projects raised twice as much as in 2017: $11.8 billion vs $5.5), all those innovatory projects and startups don’t really attract the mass audience. According to the recent statistics, a whole number of dApps that raised millions of dollars in ICO hardly have more than 400 daily active users (often less).

Where are all the people longing to become a part of cutting-edge technologies? Experts have long been talking about the role for cryptocurrency as a means of mainstream payment in e-commerce, but there is a lack of real incentives to use crypto in daily life.Current active users are mostly speculative investors and a small bunch of geeks. Cryptomarket fails to get the mass audience interested.

Why? The most obvious reason is that ¨all this crypto” seems too complicated for a general user. Let’s just have a look at how we have to make smart payments today: to send money to a recipient we need to know his cryptographic wallet address which looks like a long, undigestible set of symbols (like 1BtjAzWGLyAavUkbw3QsyzzNDKdtPXk95D). To make things worse, the recipient must already be in the system, and after a payment there is no easy way to tell if the money went to the right person.

But what if you could receive payments to @markzuckerberg instead of UEN4Z6AW3MAFPNSLYOIQELMIOAWW6W7K? That surely would make the things easier. Fortunately, we have a good news for you.

Byteball, a DAG-based cryptocurrency platform, is making another release to help with real world adoption. Their team is introducing the @username feature to make smart payments as easy as possible. No more struggles with complex wallet addresses, no more fear to make a mistake in the address name, no more confusion with transaction history.

Want to receive payment at @dagwins instead of UEN4Z6AW3MAFPNSLYOIQELMIOHYE6W7K? From today, you can do this on Byteball. There’s no need to share your wallet´s address prior to a transaction; besides, you’ll always know “who-is-who” on your transaction list. And finally, let’s be honest, we just love our usernames. We’re so used and attached to them through Reddit, Telegram, Twitter and other social networks. Why not use them in crypto space?

It’s worth pointing out that it’s not the first step of Byteball towards making smart payments easy. Last year the company released textcoins which allow users to send money to email addresses even if the recipient doesn’t have a wallet yet. Textcoins can be sent over any medium where words can be displayed including Whatsapp, Telegram, Viber, WeChat or any other text app. Textcoins can also be used for sending anonymous cryptocurrency BlackBytes.

However, textcoins are far not the only friendly feature released previously by Byteball. In March 2018 the team launched the email attestation bot, that enables sending and receiving money directly to attested email addresses in Byteball wallet. And since Steem integration was announced, all Byteball issued tokens can be sent to steem/username.

The @username feature is yet another step to reaffirm Byteball leadership in beautiful simplicity among crypto platforms that would allow to introduce wider audiences to new technologies.