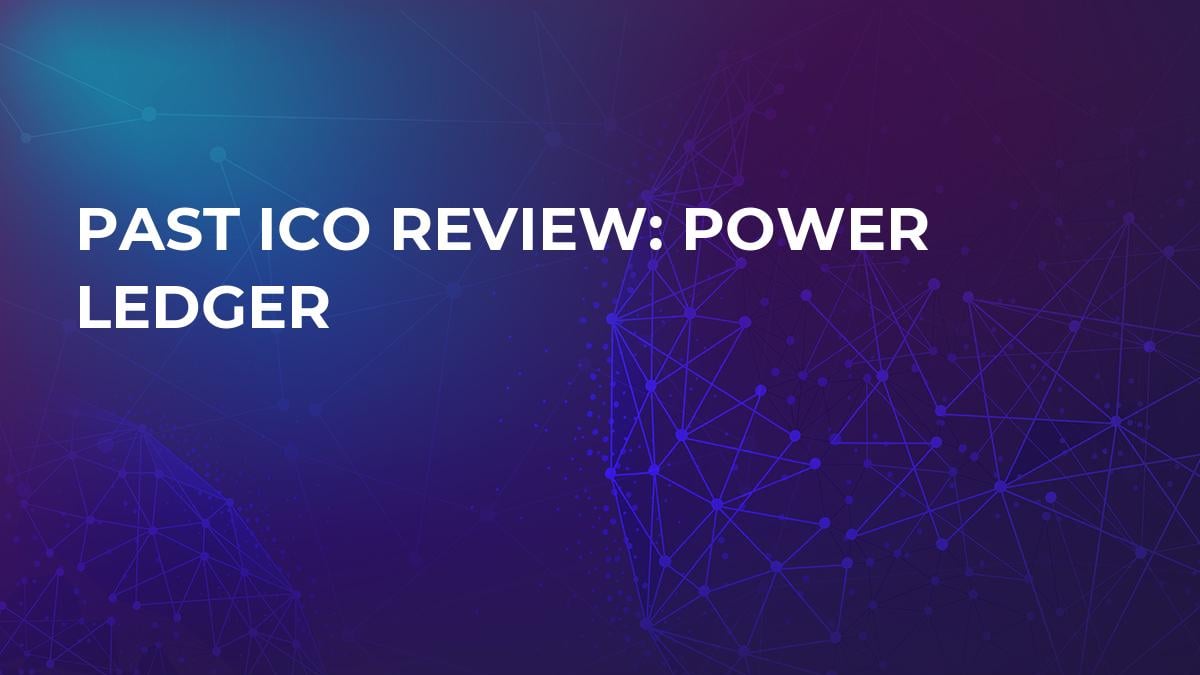 Australia's very own decentralized, Blockchain-based dual-token cryptocurrency launched its ICO to the tune of $34 million, $17 million of which was raised in a token pre-sale a month before the ICO.

The company works within the country’s renewable energy industry and launched its ERC20 token called POWR, which would be used on the Power Ledger Platform and Sparkz, a secondary token that would be an exchangeable energy trading token pegged to a country’s national currency.

The POWR token entered the markets at roughly $0.05 on November 1, 2017 and hit a high of $1.88 on January 3, 2018 before falling to $0.53 at the time of writing. With what looks like success and staying power, Power Ledger has attracted partners in other countries and Australian Government funding.

Partnering up and powering up for the future

Power Ledger has been partnering up with some international energy companies in New Zealand and just recently with Japan, which has kept the company in the news and the token price relatively stable after the major drop in January. After the announced partnership with Japanese KEPCO, the token price spiked from $0.50 to $0.62, a 24 percent gain in 24 hours.

In late november, after the ICO, the Australian Government granted the company $2.57 million AUD for a two-year research project to take place in the City of Fremantle, just southeast of Perth, where the company is located. The project is expected to be Power Ledger's first examination of the potential of Blockchain technology in integrating distributed energy and water systems. It will be interesting to find out what the company discovers during this research period.

Power Ledger is novel in its approach because it allows households that create their own energy via solar or hydro to sell their unused energy to a neighbor. While this is not a new idea, power companies allow solar users to sell their unused energy back to the company for a credit on their bill. However, what Power Ledger allows users to do is to buy and sell directly to other households.

Power Token Price- Determined entirely by cryptocurrency exchanges. The market can push or pull the price of Power Token up or down.

Sparkz Price- Tethered to a local government’s fiat currency and cost of power. For instance, in Australia one Sparkz would be equal to one Australian Dollar (AUD).

Sparkz Supply- The total amount is unfixed. Sparkz will be generated as they are required, used, and then destroyed when redeemed.

The price of Sparkz should remain quite stable as it’s pegged to a government-issued currency. There will be different Blockchains created for each different local currency to allow multiple fiat currencies throughout the world to participate in the Power Ledger ecosystem at different prices.

The Board of Directors

The Board comprises six key members, who founded and lead Power Ledger.

Bill Tai – Board Advisor
Yai is a world-renowned venture capitalist. Tai’s experience is extensive; he is currently the Chairman of Treasure Data and also a Board Member of Bitfury and Boxer.

Jenni Conroy – Director & Co-founder
Conroy serves multiple functions at Power Ledger. She manages regulatory and business services for the company, facilitates product development for Power Ledger’s Platform. Additionally,  Conroy has more than 30 years experience in the energy industry, a major plus for an energy-based token.

New, yet strong with great potential

While relatively new to the market, Power Ledger has room to grow and develop into something pretty big if the conditions are right. The proper leaders at the helm have the right direction for the company and have been building the relationships outside the country to make the company grow and become successful at an international level. It is the board’s hope that the token should hopefully continue to grow and attract more investors, take on more renewable energy projects, and expand into more countries as a new recognized leader in renewable energy technology.