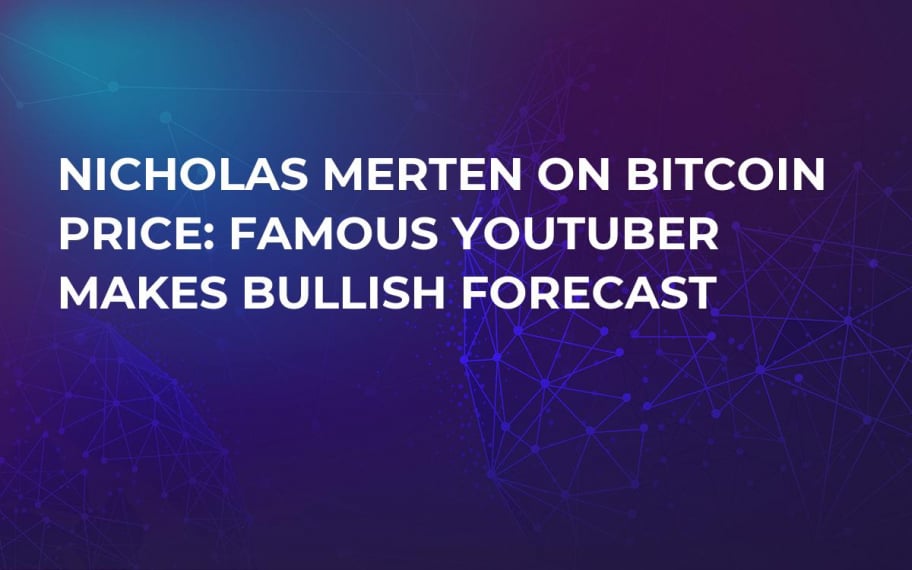 Nicholas Merten’s YouTube channel is followed by as many as 300,000 people. The impact this crypto expert has on the digital currency community is somewhere between John McAfee and Tom Lee’s influence. The opinions he posts in Twitter may well make his 34,000 followers there bring a change to the current trends.

Last time he made a forecast about BTC that it would acquire more than the double amount of its price by late 2018 due to a lousy performance in the fiat market. In his Tweet Merten even gives the public four factors that, as he believes, will take the Bitcoin rates “through the roof.” Among other reasons, he claims that the interest rates will keep going up and that Deutsche Bank will have major difficulties.

Some are in doubt though

Despite the respect and high reputation that Merten has in the crypto sphere, some of his followers in the social media disagree with his thoughts. His opponents in Twitter doubt that bank interest rates have anything to do with crypto and that a huge institution as Deutsche Bank can go under by the end of 2018.

In reply to a question from another follower Merten said that the capitalization of the cryptocurrency market will increase to $1 tln.

All of these people, John McAfee, Tom Lee and Bobby Lee, the CEO of the BTCC crypto exchange, are absolutely sure about the high performance of Bitcoin by the end of the year. Well, their forecasts had better prove right and save McAfee from eating his manhood, which he publicly promised to do unless BTC reaches $1 mln by 2020. He still has whole two years to go.