Vladislav Sopov
Five months prior to the third Bitcoin halving, the team has released Bitcoin Core Version 0.19.0.1 of the full node client software. 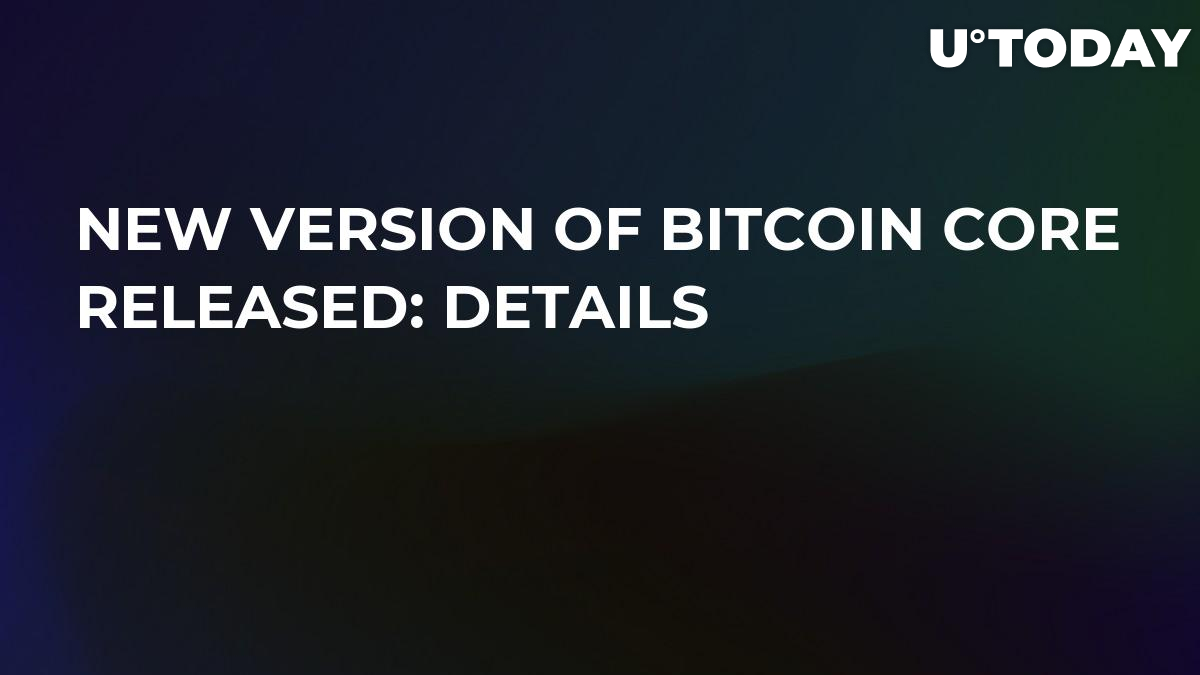 Bitcoin Core, the open-source development community that develops and maintains the Bitcoin blockchain, have released a new version of the full node and wallet software. Similar to the August 2019 release, this upgrade could be the last one before the anticipated halving of Bitcoin.

Updates for Effective Use of Memory

Using the Linux kernel, Mac OS 10.10+, and Windows 7 and later operating systems, the new release has extensive support on the aforementioned operating systems. However, there is no backward compatibility. The new version also doesn't support the Mac OS Dark Mode Theme.

The major changes that have been implemented by the release are connected to speed and safety. First, some of the features that would allow Bitcoin Core to run on systems with limited memory have been reconsidered. The development progress in this area can be traced to the "Reduce Memory" repository. As a result, up to 9% of memory can be saved.

In order to upgrade the level of security, some special features can be enabled or disabled for a particular existing wallet. Furthermore, full node operators now are able to blacklist or whitelist some wallets, giving them the option to regulate the permission of peers connecting with indicated interfaces or IP addresses. If permissions are not specified with an address or classless inter-domain routing (CIDR) network, then the implicit default permissions are the same as with previous releases.

What is Bitcoin Core

Related
Bitcoin Core 0.17.1 Has Been Released: Here’s Everything You Need to Know

What do you think? Is this the best time for its release? If yes, then is the focus on memory economy correct? Will it be fruitful for Bitcoin adoption? Share your thoughts on our Twitter!