Bitcoin Core 0.17.1 Has Been Released: Here’s Everything You Need to Know 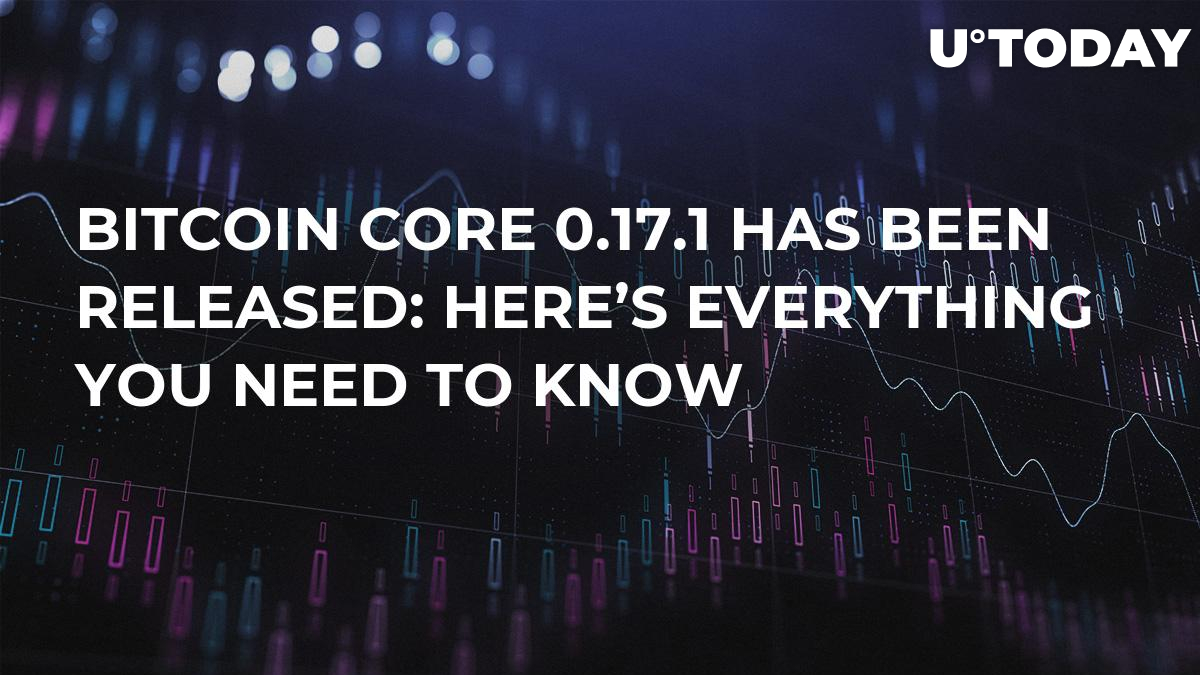 Bitcoin Core 0.17.1, a brand-new minor version of the original Bitcoin client, has been revealed while everyone is busy celebrating Christmas. Users can also expect to see a better performance of the 10-year-old client after shutting down an older version.

This is only a minor update, therefore major changes shouldn’t be expected. In this version, some minor bugs have been fixed. One of the noticeable changes includes the renaming of the RPC “account” parameter “listtransactions” to “label.”

Three months since a major update

The last major update (Bitcoin Core 0.17) was presented on Oct. 3 with numerous bugs being fixed. The release, which took seven months to be developed by 135 contributors, featured an improved coin selection algorithm (“Branch and Bound”), partially signed Bitcoin transactions (PSBT) and the ability to get the HD type wallet upgrade.

Prior to that, on Sept. 18, the dev community released the rushed Bitcoin Core 0.16.3 update that fixed a denial-of-service (DoS) vulnerability. The vulnerability, which made a lot of buzz in the crypto space, could potentially crash the whole network by processing invalid transactions.

Bitcoin Core is a free Bitcoin client that was developed by none other than Satoshi Nakamoto with the very first version being released on Jan. 9, 2009. At first, the elusive creator of the first digital currency simply named the software “Bitcoin” before renaming it to “Bitcoin Core”. Remarkably, Bitcoin Core 0.17.1 is the latest version we’ve got after almost ten years of development.