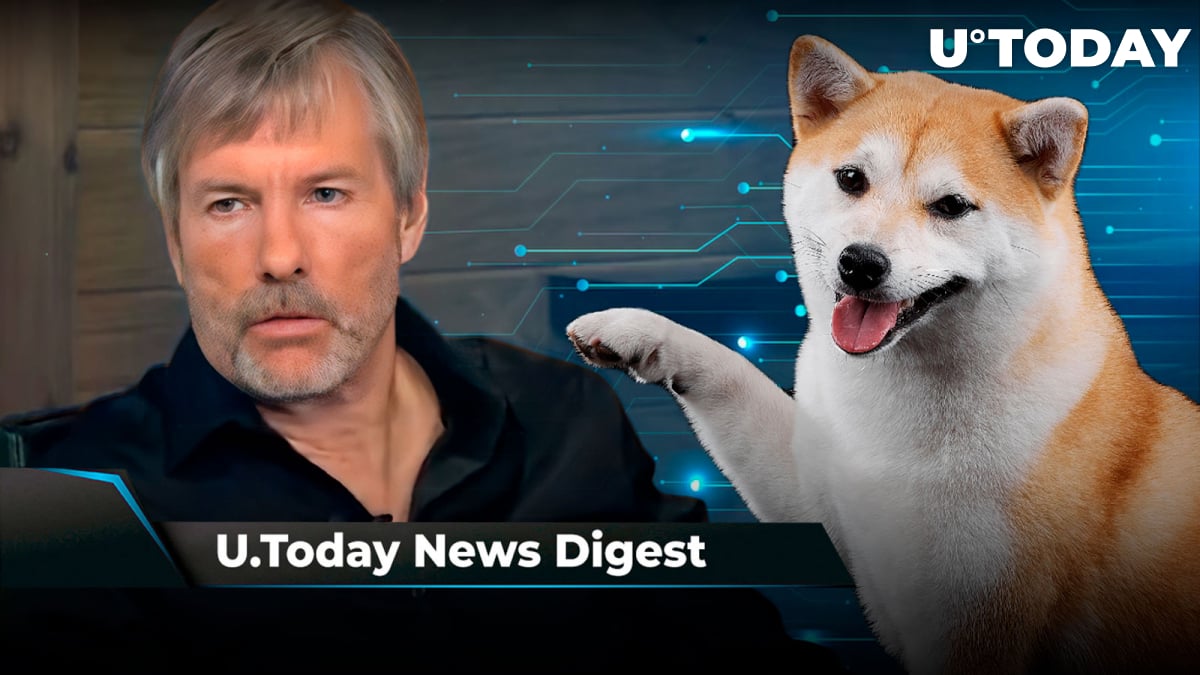 Bitcoin advocate Michael Saylor to step down as MicroStrategy CEO

Yesterday, it became known that MicroStrategy co-founder Michael Saylor is stepping down as the company’s CEO. Saylor will assume the role of an executive chairman, moving his focus to the company's Bitcoin acquisition strategy and other initiatives related to the largest cryptocurrency. He believes that splitting the roles of CEO and chairman will make it possible for the company to pursue its core corporate strategies in a more efficient way. The position of CEO will now be taken by Phong Le, who has served as the company's president since July 2020. According to Le, he is "honored" and "excited" to become the new head of the organization. The shares of the company are down 2% in after-hours trading following the announcement.

XRP pair to be delisted by Bitstamp exchange

In its Thursday tweet, Bitstamp cryptocurrency exchange announced 14 new delistings. Among the most notable of them are XRP/PAX (Paxos Standard), BCH/GBP and LINK/ETH. It should be noted that a trading pair delisting is a permanent decision. The largest European cryptocurrency exchange did not specify exactly why it decided to end support for the aforementioned pairs. However, Bitstamp stated that it routinely reviews its trading pairs based on their performance and that its delisting decisions are also impacted by recent market developments. On Dec. 25, 2020, Bitstamp announced that it would halt XRP trading and deposits for U.S. customers after the SEC took Ripple to court. Later on, Coinbase, Binance.US and other big names followed suit, ditching the controversial token.

The team behind the Shiba Inu cryptocurrency has recently revealed the name of the project’s much-anticipated game: it will be called “Shiba Eternity.” Users will be able to download the game from both Apple’s App Store and Google Play Store. Prior to the official announcement, Shiba Inu developers posted a teaser on the cryptocurrency’s official Twitter account, which caused quite a stir within the community that tried to guess what the mysterious video was attributed to. At the moment, Shiba Inu’s team of developers is working with PlaySide Studios, a video game developer located in Melbourne, Australia. Before joining forces with the Shiba Inu team, PlaySide had collaborated with such giants as Pixar and Disney.

As recently reported by Nomad, its cross-chain bridge has been hacked. “Samczsun,” a Paradigm researcher, described the hack as one of DeFi's most chaotic attacks to date. According to Peckshield, 41 addresses grabbed nearly $152 million in the Nomad bridge exploit, but the total amount lost is yet to be confirmed. "ADA whale," a Cardano-focused Twitter account, wrote in his recent tweet that Cardano users might have been indirectly affected by the hack as Nomad is one of the dApps functioning on Milkomeda C1, Cardano’s sidechain. Milkomeda commented on the incident afterward, writing that it is aware of the Nomad exploit and, unfortunately, cannot control what happens to other projects.