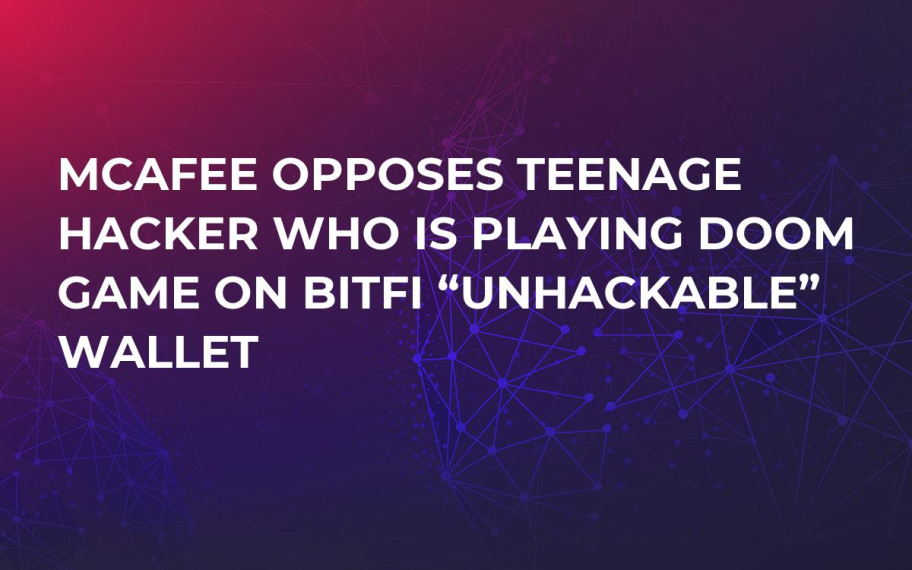 John McAfee was initially famous as the founder of the world-famous anti-virus producing company. However, recently he has become a famous and controversial figure in the world of cryptocurrencies.

His Twitter account boasts a huge number of followers, and pretty often he makes recommendations regarding certain coins, which, as per his words, are bound to rise soon. This has become known as “McAfee effect.”

The same goes for ICOs and it happened until the US Security and Exchange Commission prohibited McAfee to do that.

Give the man some attention

McAfee seems to undertake numerous attempts to gain public attention. He has been doing it through various scandals, namely, when he began a fierce argument with the HitBTC exchange on Twitter and finally sued the platform.

Next one was that somebody, allegedly, wanted to assassin McAfee several times. He even skipped the Atlantic Blockchain event due to threats and promised to deliver his speech from an ‘undisclosed and safe’ location.

One of his recent public actions was the cooperation with the BitFi wallet. The man publicly claimed the device to be unhackable and perfectly safe. He even offered a reward of $100,000 to anyone who managed to hack it, refusing to call it a “bug bounty.”

On Aug. 1 a teenager Saleem Rashid managed to get root access to the wallet and tweeted about it. McAfee, naturally, began disagreeing, saying that gaining root is not considered a proper hack. A proper hack, he said in the video response, is when the hacker steals coins from a wallet.

In response, yesterday, a video appeared on Twitter, in which the same boy installed a version of the Doom game onto BitFi wallet and was playing it.

In recognition of @Bitfi6 and @officialmcafee and their prestigious @PwnieAwards accolades, we'd like to show you @spudowiar playing DooM on his #BitFi secure wallet! Congratulations! pic.twitter.com/50qZZu1MnF

Some in the crypto community agree that turning a crypto wallet into a game console may well count to be a hack. BitFi and McAfee keep standing on their opinion, saying that the wallet is quite safe.