Dmitry Cake
BTC dominance is not increasing and remains at 44.5 percent. Perhaps we are seeing a new logic in the market. 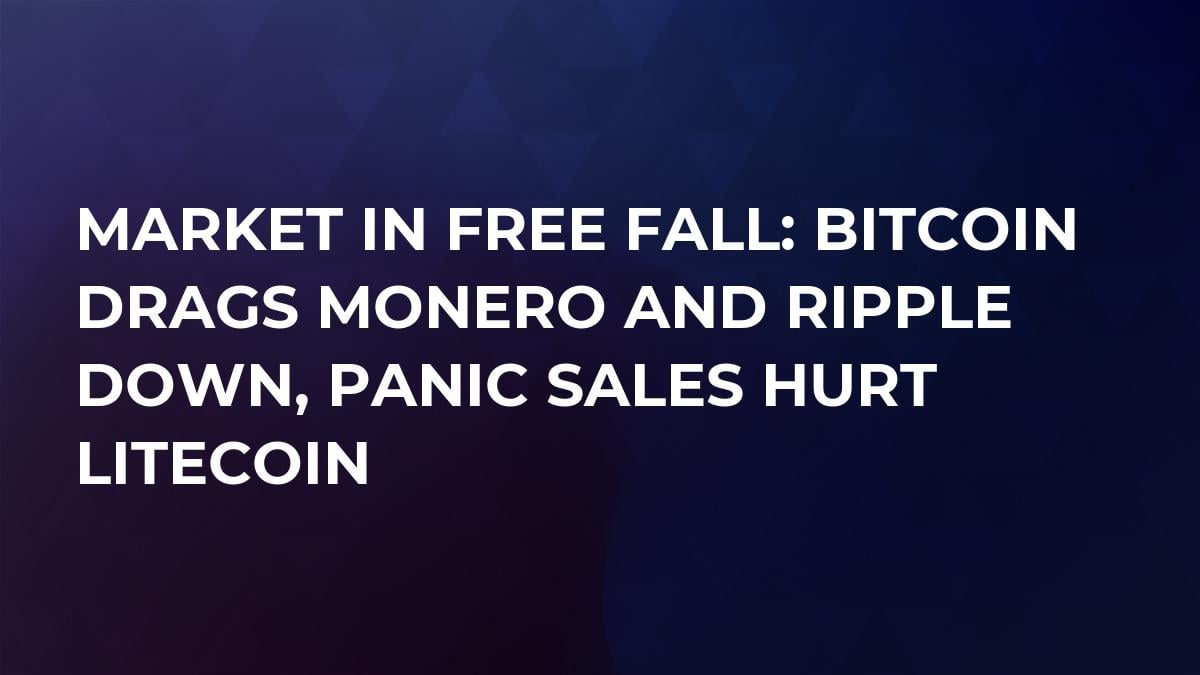 On Monday, uncertainty was already turning into a full-fledged downtrend, and by the beginning of Tuesday bears achieved a decisive victory. For all currency pairs that we examined yesterday, decline targets were fulfilled and in some cases even overshot — fear prevailed over investor’s greed, and a wave of panic sales washed over the market, coloring almost all positions red.

Surprising exceptions to the fall

We said “almost all positions” because some altcoins are not just resisting — they are actively marching against the market. Among these are Verge (XVG), Ontology (ONT) and 0x (ZRX). All of these coins are promising, and the growth of XVG is aided by news about a mysterious partnership, but this is the first time we are seeing such a departure from correlation with the underlying asset.

Overall, the market lost $30 bln over 24 hours. At the time of writing, capitalization is about $300 bln. It’s notable that as the market falls, BTC dominance is not increasing and remains at 44.5 percent. Perhaps we are seeing a new logic in the market, but a longer period of observation is needed before drawing any conclusions.

On Monday, the bears didn’t have much trouble reaching $8,000, using the momentum to lower the price even further to $7,850, the boundary of the descending channel. Realizing the precariousness of their situation, buyers tried to support the asset, which led to a rebound to the level of $8,280.

It seemed that the catastrophe was avoided, but another bear attack returned the price to the previous minimum, where the struggle between buyers and sellers continued. The outcome of the battle will define the market’s fate. Either we will see a reversal, with the first recovery targets being $8,450 and $8,600, or Bitcoin price will dive toward the bottom to test the lower boundary of the ascending channel and then, the $7,250 minimum of the March correction with an intermediate stop at $7,650.

The behavior of Litecoin turned out to be an unpleasant surprise. During the weekend, the asset was looking very well compared to other coins, but on Monday the most negative scenario was realized — the downward break through the triangle. As a result, the price went straight down for the boundary of the ascending channel and the 0.786 Fibonacci retracement to the level of $145.

Then, we watched the medium-term LTC investor’s nightmare unfold: after a slight rebound, the price came further down and is $140 at the time of writing, almost reaching the minimum of the March correction. If the last support at $137, which also corresponds to the boundary of the descending channel, fails to hold, Litecoin will dive for the level of $130. In case of a reversal, the former support will become a resistance and the bulls will have to attack that same level of $145 again.

Monero is looking better than Litecoin, but investors will get little relief from this fact. Overall, the price is behaving predictably. The decline stopped at the level of $188, corresponding to the 0.786 Fibonacci retracement. Also, XMR retains some margin of safety, since there is another $5 before repeated testing of the descending channel’s boundary.

If the fall continues, the bears’ next target will be $180, and then the price will meet the previous minimum at $175. For now Monero looks stronger than the market, but the situation can change at any moment, as it was with Litecoin, so it's better to refrain from trading.

Today, Ripple is in the same boat with Litecoin - the outsider boat. In the course of the decline, the price was balanced for a while at $0.58 - the level of the 0.786 Fibonacci retracement. However, under tough pressure from Bitcoin, the support could not hold out. The boundary of the descending channel does not instill much confidence either - one sharp downward movement, and the last buyer stronghold will fall.

After this, XRP will experience the acceleration of free fall, because no other supports will be able to help buyers. In the end, we are likely to see the price reach the previous peak of the March correction, $0.53, and quite possibly update it.