Darryn Pollock
???After a slow 2018, one of the original altcoins, Litecoin, is showing real promise with its price almost doubling in three months. 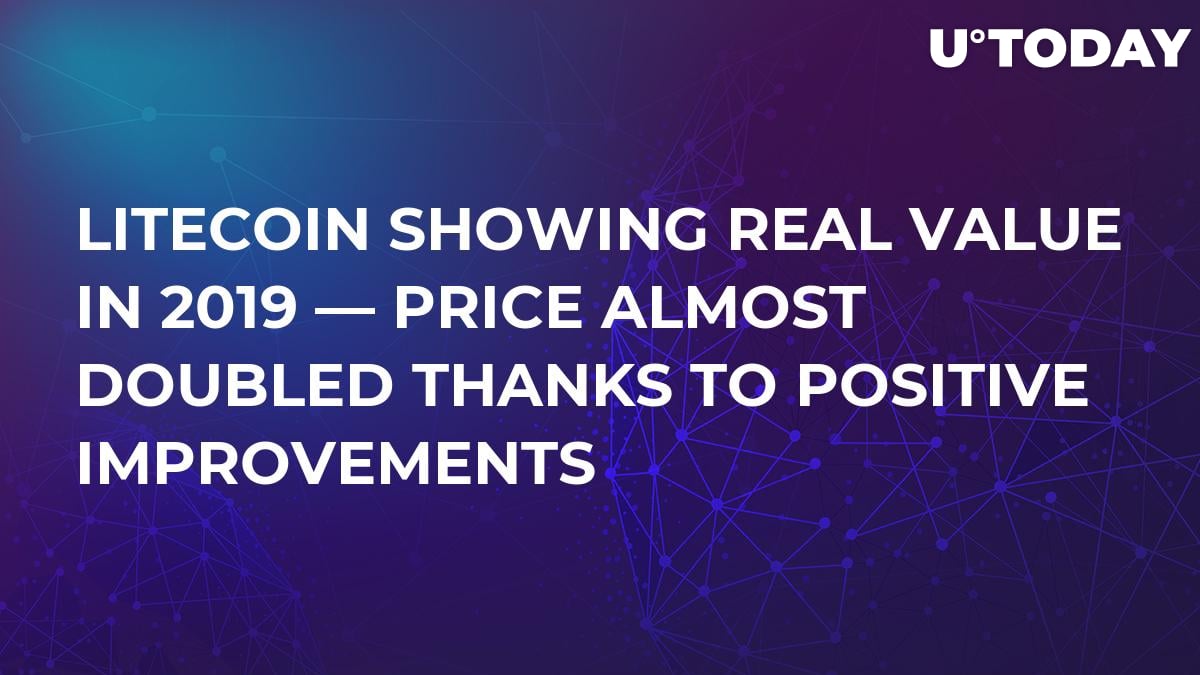 Litecoin arrived on the cryptocurrency market as the silver to Bitcoin’s gold. It is one of the older altcoins, and one with quite good fundamentals and proofs. But of late, Litecoin has fallen a little off the radar, especially through 2018, and also been falling down the market cap standings.

That seems to be changing in 2019 with Litecoin now almost doubling its value from the beginning of the year, up more than 84%. The coin has managed to profit from some good businesses decisions from the Litecoin Foundation, as well as slightly improved market conditions as the bear market slows down.

While Litecoin is not unique, it did have a massive fall from the highs of the cryptocurrency market towards the end of last 2017. Most coins suffered between 70 and 90 percent drops over the bearish 2018, but Litecoin was hit hard.

After peaking at more than $375 in December 2017, the cryptocurrency lost more than 90% of its value, falling below $25 late last year. By experiencing such a dramatic decline, Litecoin may have become oversold, claimed analysts.

But, this could set the digital asset up for impressive gains.

"The harder an asset price falls, the steeper the rebound often is and that seems to be a factor in Litecoin's sharp gains this year," said Josiah Hernandez, chief investment officer of Satoshi Capital.

There have been some positive advancements for Litecoin in recent times, which also includes the uptake of the Lightning Network as more and more people understand the need for quick and frictionless transactions, which Litecoin offers.

More so, countries in need of a cryptocurrency alternative have also approved Litecoin as a good option — such has happened in Venezuela. Litecoin Core 0.17 is also soon to be released, which will take the fees on using the coin even lower.

Another major development cited as potentially bolstering Litecoin prices is hope that the so-called "crypto winter," which has seen these harsh market conditions affect the price of coins, may well be coming to an end.

With Litecoin always having a solid foundation, as well as good uses cases, a new cryptocurrency spring will most likely have a big effect on this coin going forward.