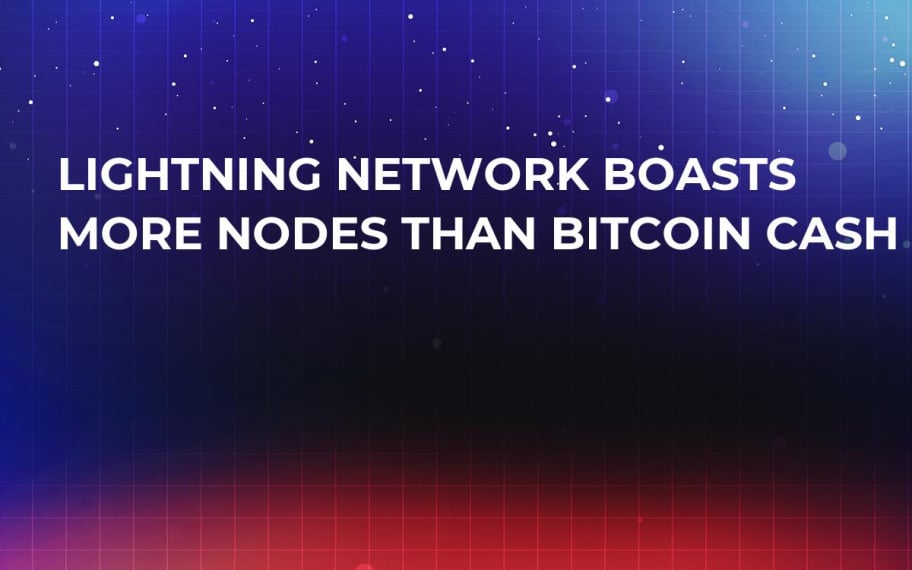 Statistics show that the Lightning Network has taken a slight lead over BCH when it comes to the total number of nodes running on their networks. The data shows there are currently 1,347 Lightning nodes compared to Bitcoin Cash’s 1,286.

The Lightning Network has grown exponentially as it builds towards being a potential solution to be added to the Bitcoin Blockchain. Back in mid-January, it held only 29 nodes.

Lightning Network node count has exceeded Bcash node count. In addition 70%+ of the BCash nodes are hosted on a "Hangzhou Alibaba" servers which you can check here: https://t.co/g8HC8bAkIX https://t.co/iIUyGaftvQ pic.twitter.com/g1tmAMkXPz