Alex Dovbnya
Manipulations, legal hurdles, constant price volatility– cannabis and crypto do have a lot of things in common, and these two industries are also rapidly growing 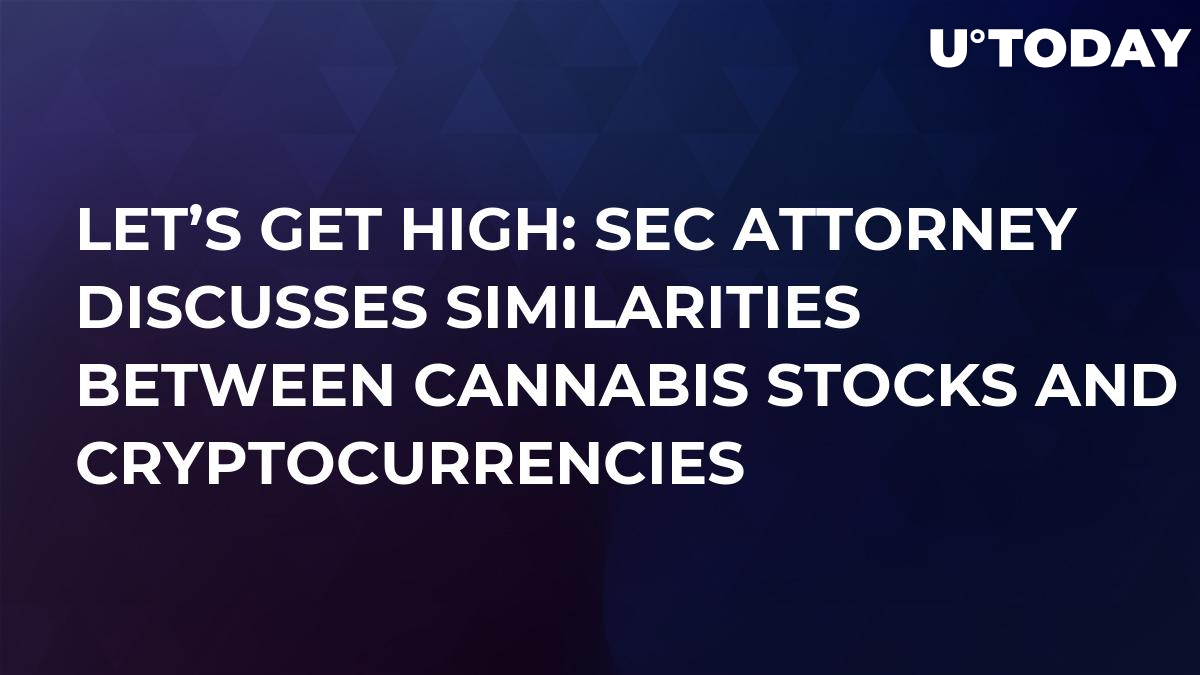 During Yahoo! Finance’s Final Round live show, SEC attorney Owen Donley lashed at both cryptocurrencies and cannabis stocks, saying that both of these fledgling industries are wont to market manipulations. However, there are also plenty of other similarities between them.

Manipulations are rampant in both industries

The biggest takeaway from Donley’s tirade is that both of these industries are overwhelmingly fraudulent. When it comes to crypto, he particularly mentions that ICOs are plaguing the whole industry, guaranteeing big returns without losses with “not a lot” to back it up. Indeed, nearly 70 percent of ICOs do not exceed their initial value. He adds that it’s surprising that crypto and marijuana are connected.

However, as Yahoo! Finance states, these words are not an indicator that all businesses that work within the above-mentioned industries are scams. The SEC’s primal goal is to safeguard investors, so they usually take a hawkish attitude toward any companies that guarantee a high return on your investments. While the SEC has already rejected nine Bitcoin ETFs with newly appointed crypto-friendly commissioners.

What’s the deal with cannabis and crypto comparisons?

Crypto and cannabis have many things in common primarily since both of them come out of a legal grey zone and strive to win over regulators. Despite struggling with price volatility, they also represent the two rapidly growing industries. As U.Today reported earlier, Virtual Crypto, a startup that is providing Blockchain-based payment solutions, is planning to introduce the world’s first cannabis-oriented point-of-sale as early as October. That would make it much easier for cannabis retailers to accept crypto.

However, as of lately, the words “crypto” and “cannabis” started to appear in the same headlines more often because of an unprecedented surge of cannabis stocks last week, which subsequently lead to wide coverage in the news. On Sept. 19, shares of Tilray Inc. nearly doubled. Some experts couldn’t resist the temptation to compare the new cannabis craze to December’s boom when Bitcoin, the world’s biggest currency, reached its all-time high of $20,000. One of these experts was Bitcoin permabull Michael Novogratz. The Wall Street titan is still betting against cannabis, but he is still highly optimistic about the future of the cannabis industry in general, saying that will grow “relatively rapidly.”