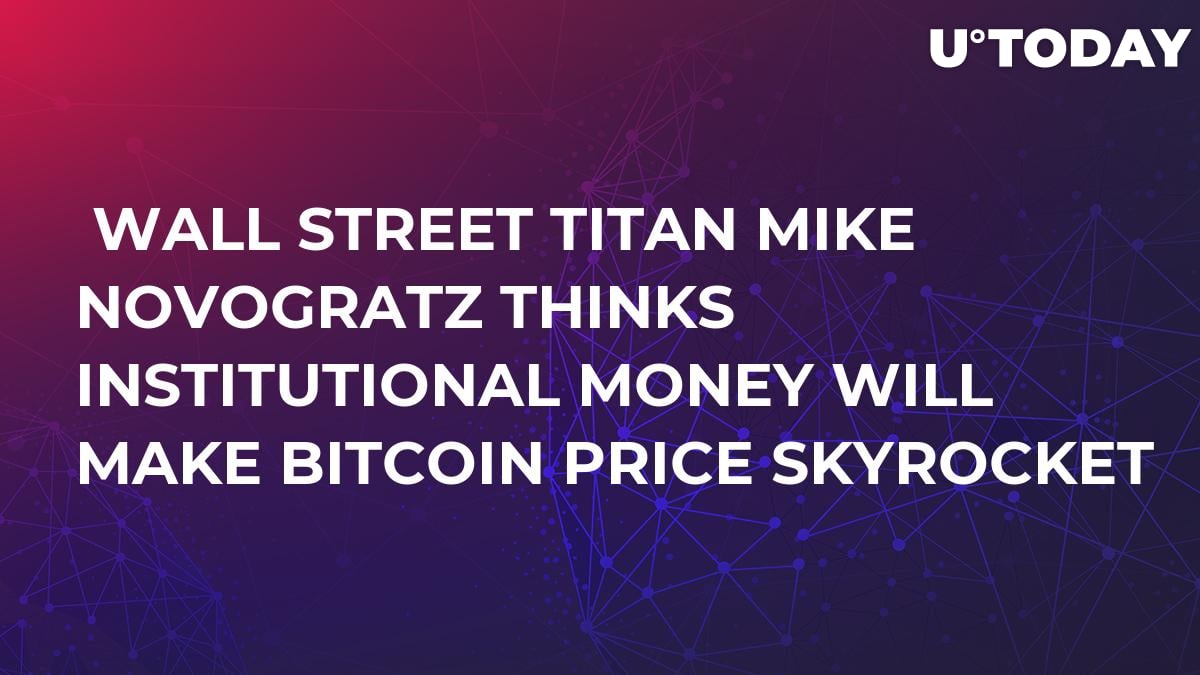 Galaxy Digital CEO Mike Novogratz claims that Bitcoin, the world’s biggest cryptocurrency, is on the cusp of another major rally, CNBC reports. According to the Wall Street bigwig, it will grow exponentially once more institutional investors start jumping onboard.

The sell off is over

Ethereum had been experiencing a major sell off in September. As for Bitcoin, Williams %R Indicator also shows that BTC is severely oversold. During a recent interview with CNBC's Melissa Lee, Novogratz shared his take on the current state of cryptocurrencies, doubling down on his claim that the market has already reached its bottom. Novogratz points to the fact there has been a substantial balance over a week, which is a clear indicator that the major sell off is finished.

Institutional investors are getting in the crypto space

According to Novogratz, one cannot ignore that fact that institutional investors are gaining more interest in the space. Amidst the bearish market, the bulls were in the full force in the private space as institutions are striving to build an infrastructure that would allow investors to put their money into crypto. Novogratz predicts that lots of institutional money will be spent in two or three months.

Until now, institutions would stay away from crypto due to the lack of custody solutions. However, as Wall Street behemoths in the likes of Goldman Sachs making announcements about offering their cryptocurrency custody solution, institutional money will start pouring in.

Earlier, Novogratz said that the currency would already reach $40,000 by the end of 2018, which didn’t turn out to be the case. Now, he is certain that Bitcoin could witness a 30 percent spike by the end of the year, and this prediction doesn’t seem too far-fetched.

Given the XRP’s week-long rally that allowed it to briefly surpass Ethereum, even the most bullish predictions should be taken into account given how volatile the cryptocurrency industry is. When asked to weigh in on Ripple’s recent spike, Novogratz is rather skeptical about its parabolic move, predicting a short squeeze.