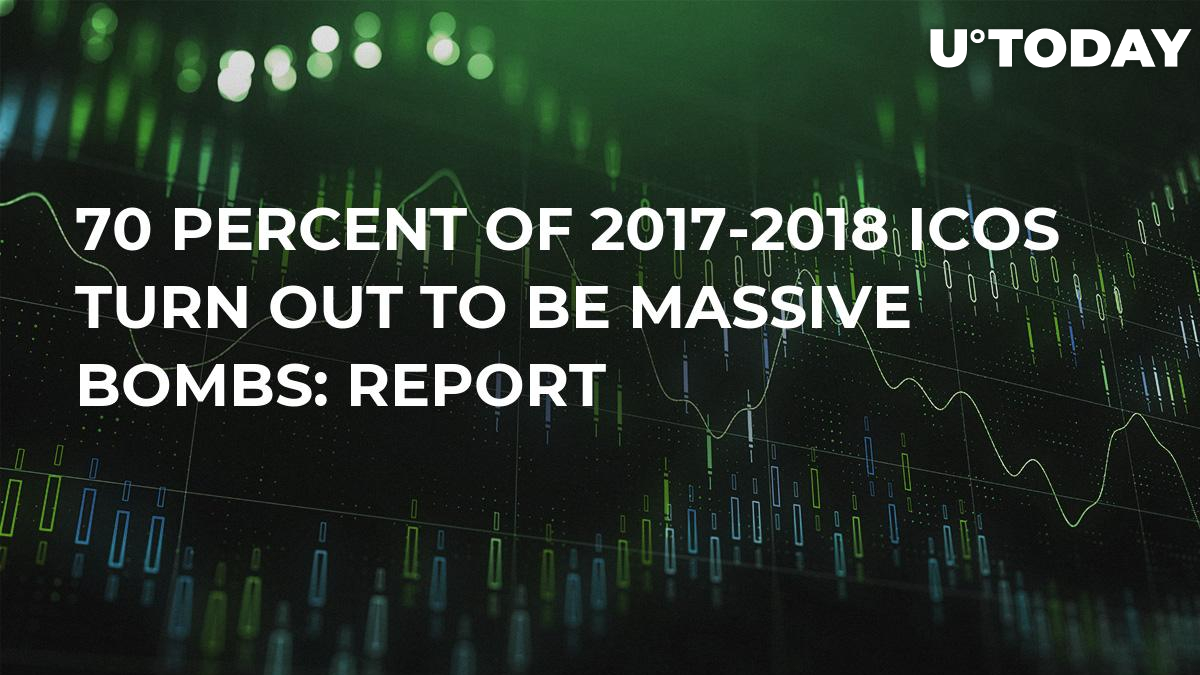 A large number of ICOs have a reputation of worthless projects which do not have anything apart from a whitepaper. According to a new report by Diar, it is perfectly reflected in their price as tokens struggle to keep their initial price, while 30 percent of ICOs are not listed on a single exchange.

According to the abovementioned report, 70 percent of crypto tokens that didn’t make it to the top 100 currencies on CoinMarketCap fail to meet investors’ expectations, plunging below their initial value. At the same time, more than 30 percent of ICOs that were launched in 2017-2018 are not listed on any cryptocurrency exchange. Some developers behind these unlisted tokens even failed to provide the information about the distribution of token supply while raking in over $1 bln. Among these tokens, which have almost zero liquidly, there are some big-name projects in the likes of Bancor that raised a whopping $150 mln this February.

As U.Today has already reported, over 800 ICOs have already gone bust in just 18 months. Meanwhile, it is widely speculated that the dwindling interest in ICOs is inextricably connected to the plunging Ethereum price.

While CoinMarketCap shows that the crypto market is currently valued at $207 mln, Diar states that a lion’s share of this sum is attributed to the top five biggest coins along with stablecoins. The total market cap of nearly 2,000 other coins listed on CMC doesn’t exceed $35 mln.

Another takeaway from this study is that a big number of ICOs that took place in 2017 are now worth less than $2.2 bln in total.

The aforementioned Bancor quickly rose to prominence in 2017 after raising $150 mln in a matter of hours, but the “theft-resistant” decentralized exchange suffered from a major hack, which resulted in more than $12 being stolen. Another salient example is Sirin Labs that is yet to release the world’s first Blockchain phone in November. Despite raking in $158 mln and having Lionel Messi on as its brand ambassador, the company couldn’t stop its token price from tanking. 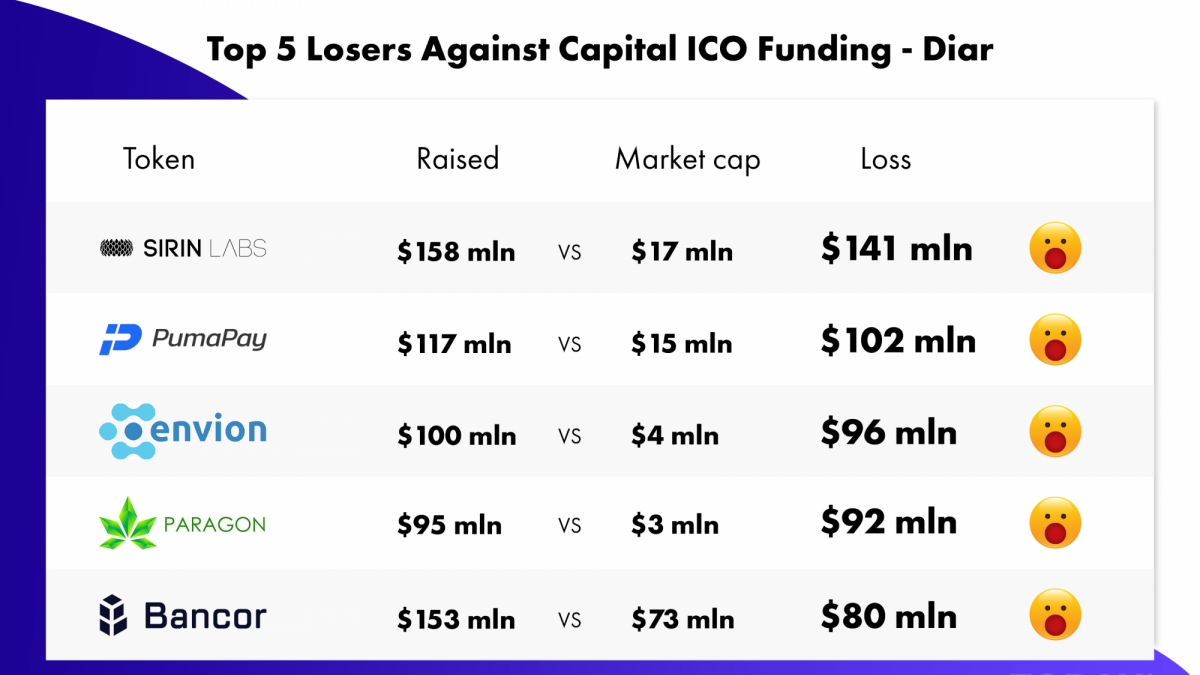